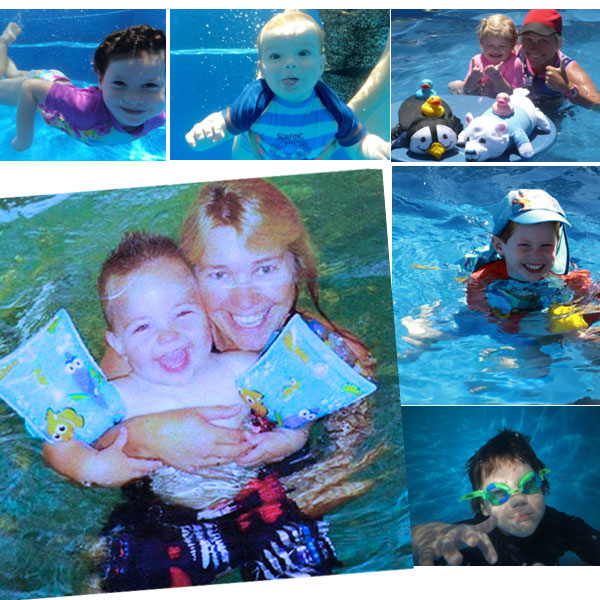 Why do I all of a sudden have to think about global warming? It might have something to do with the heat outside, another day of sunshine and 42 degrees celsius at the moment and it is only 11.30am. It certainly is warm, very warm.

This year we seemed to have jumped straight from winter into summer. Many months of really hot weather and people looking for ways to cool down and escape from the scorcher days of pure heat. But before we go there let’s start at the start of this story.

I was 4 years old when my mum took my two sisters and I to the local “swimming pool” which was situated in the lake about 15 km away from our town. We didn’t have a car so my two sisters went on their pushbike and I sat on the back of mum’s bike. It was end of spring and time to learn how to swim my mum told my two sisters. I was too little to go as yet, so I just came along for the ride and the experience.

My mum always said it is very important that every child learns how to swim because in the Netherlands, where we lived, there was water all around us. Dams, creeks, rivers, you name it we got it. Mum said it is very dangerous so you all have to learn - whether you like it or not.

Springtime in the Netherlands wasn’t a breeze, it was still pretty cold so we wore our coats and long pants to keep warm. It took my mum and sisters about one hour to ride to the lake and I was amazed by the look of the “swimming pool”. It looked like a place where you would anchor your boats and the water was.......eh....green and murky. My two sisters didn’t look too impressed either and I think they were very scared of the entire swimming thing.

The swimming teacher, a lady with a very loud voice came over to my mum and explained what the 'idea' was today. My sisters went in the pool and had these floating devices on while the teacher stopped on the side of the pool. They had to kick their feet and put their head under water, no way that was gonna happen in that dark water? I think I must have gone to play because before I knew it the lesson was over and the teacher was talking to my mum again.

What about this little “pipsqueak” the teacher said, does she swim? Mum said she is only four, but the teacher didn’t give up and said to me, “come on jump in, you can do it!" Before my mum knew what was happening I let go of her hand and jumped in the dark water. Mum was a strong woman but I guess I nearly gave her a heart attack then. The teacher pulled me out, wet clothes and all and said, “Well how was that?" I looked at her and answered: “Not too bad but next time can you turn the light on please?" I guess that day my love for the water really started. I truly was a water child.

I think it was no surprise that later in life I wanted to become a swimming instructor. My first “client” was my mum who could swim but was petrified to go under water. Maybe she still had a bad feeling about me going under in the lake pool. So at age 12 I started teaching my mum to go under water, showed her what it is like to blow bubbles and hold your breath. Told her to make up a story in her head when she submerged and after a while it worked!! Mum could go under, no fear at all. She also jumped from the side of the pool and even from the lowest diving board, not the high one, that was for thrill seekers she always joked.

My second client was my Nan, a fabulous lady who was always keen to have a swim. Nan (I called her Oma) didn’t have a swimming pool where her and Opa lived but they did have a tiny harbour. Oma and I used to practice in the harbour and swim from one end to the other. Oma used to tell me about the boats that came in the harbour and their owners. Sometimes we had to swim really fast to out run the incoming boats...pfff. If I think back at it now I guess it wasn’t the safest thing to do but Oma said they always used to swim in the harbour so I didn’t question her.

Anyway, my love for the water and the education needed to become an instructor myself was around the corner, I knew it would take almost 1.5 years before I was fully qualified! My mum’s brother, Uncle Dries, conducted courses so we contacted him to enrol me in the course. Every Friday afternoon I got the train to Rotterdam to do the course. The train took me through the rough parts of Rotterdam and you could see the homeless people and the hookers roaming the streets. I was 15 at the time and will never forget how scary it was. I was always happy to get off the train and into the swimming pool, my safe haven.

Uncle Dries was the coach of the Dutch swimming team in the 1950’s and he knew many well-known and successful swimmers: Inge de Bruin, Pieter van de Hoogenband and the present coach of the Australian swimming team, Jacco Verhaeren. Looking at them swim I soon realised there was more to swimming than just doing laps.

Looking at the Australian weather and the sporting culture of the country I assumed swimming would be one of the most practiced sports in Australia. I saw all these Aussie swimmers getting medals at the Olympic Games and on the world stage, so I was very impressed to say the least.

I met Laurie Lawrence at a conference in the Netherlands and later in the year in the UK. The way he spoke I thought many Australians have their own backyard pool - this is not quite true, I now know.

Shifting to Australia in 2004 immediately opened my eyes. I lived in Tasmania, Queensland, South Australia and at present Victoria. All of these locations are rural with one or two people lucky enough to have backyard pool, but lots of others have to go to a community pool for a swim.

I was very surprised that the Swimming Program for the schools is only two weeks! We talk about drowning and what we can do about this horrendous situation and we want our children to learn how to swim in two weeks?

Last year 271 people drowned in Australia. 99 people drowned in waterways, creeks, dams, rivers. When we have a look at young children: 26 children between the ages of 0-4 drowned between 1 July 2014 and 30 June 2015. Falling into the water accounted for the vast majority of drowning deaths. Nine children aged 5-14 drowned last year, inland waterways claimed the largest number of lives.

Children who live in rural areas don’t have a swimming pool around the corner and often live perhaps 100 km away from a pool, so swimming lessons for parents is almost impossible. 200km for half an hour swimming is a challenge, not even speaking about the $$ for petrol etc.

Going to the lake, the river or dams is a huge risk for many children if they are not able to swim or save themselves. What happens on those hot summer days when the family goes down the river to spend some time fishing? No life jackets and no knowledge of survival has cost many lives before, and if we keep to the two weeks swimming education I can’t see things changing in a hurry.

I have decided to add some more clients to the many thousands I have already helped to swim and be safe. Babies as young as 4 months are coming to my backyard pool. Education for parents, grandparents and children is number one in my books. Keep your children in your arms when they are very young, teach them the skills to turn on their back and survive. For toddler survival, teach them how to get in and out of a pool and use props to make things easier. With young children, show them how you can survive floating on your rubber boots (upside down under the arms), or swing a plastic bag to get air in and float on that. Survival is so important and we all need to know that swimming is only a small part of becoming water wise!

The flag of the Dutch state I was born states, I struggle and come up again. So this is it, from Deep down under, floating on top to swim and survive. All year around - not just two weeks.