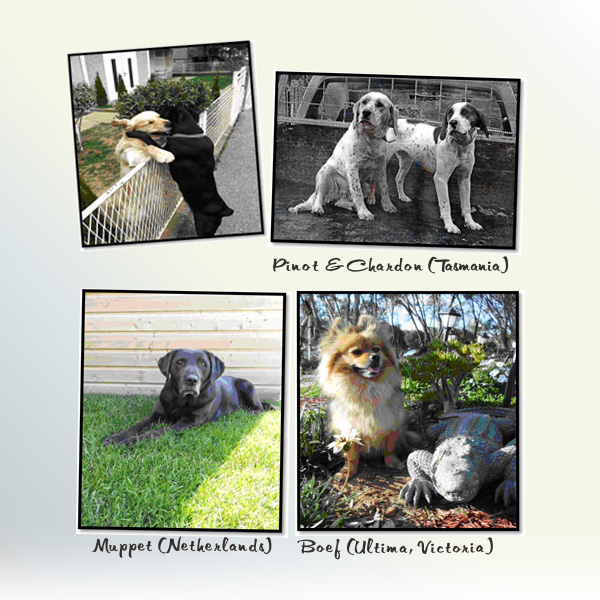 This was written over two days after a dear friend died; it is not his story, but a story written that recognizes depression and awareness.

16 years ago I met the most beautiful man in the world , it was the start of this story. We met in an elevator on Sanibel Island in Florida USA and by the way he wore his hat I could immediately see he was a proud Aussie! The story about how and when we met and what happened after is a long one so in a nutshell I will just say we ended up marrying in 2004 on my mother in law’s property in Echuca. Very Aussie all together.

After 12 years of living in 4 states of Australia (Tasmania, Queensland, South Australia and Victoria) I think I have seen more of the country than many Aussie born people. Meat pies, AFL, TV shows like Mc Leod’s Daughters and Flying Doctors are high on my priority list still but everything started with Skippy. As a little girl living in the Netherlands my love for Australia and it people and animals started when watching the reruns of Skippy on Dutch TV. Very soon I noticed the people “Down under” are fun loving and down to earth and my interest for this beautiful country awoke.

After marriage and shifting to Australia in 2004 life as an Aussie became reality. We ended up in Tasmania with a beautiful Aussie house on stilts overlooking the sea. As a Christmas present from the local Lions club we were given 2 beautiful puppy dogs because most Aussie people have a dog, it is part of the Aussie culture. Because we worked at Freycinet vineyard under the skilled and expert supervision of Claudio Radenti, we called our two new mates Pinot (after pinot noir wine) and Chardon (short for Chardonnay wine). Pinot and Chardon followed us everywhere on our large 23 acre property that was surrounded by two national parks.

They were great dogs, mates that look after each other and their owners. Our Labrador “Muppet” we had in the Netherlands was the same, she looked after us as well and still looks after our daughter and grandchildren in the cold country I once lived in. Good dogs all three of them.

Living in Ultima, Victoria gave us the opportunity to have another dog. A little Pomeranian cross Himalayan terrier named Boef ( short for little rascal in Dutch) became part of our family. He looks after us every single minute. Nothing outside the house escapes his attention and he tells us if there is something going on. If we are happy he is happy and if we are sad he comes over and puts his little head on your knee and keeps watch. He is a good dog!

What happens when you do not have a good dog around you but a black dog that follows you around day and night? The black dog represents Mental Illness, Depression and Anxiety. What is it like to have a husband, wife, family member or friend that hears the black dog snarling in the background and is afraid to speak up for a lot of different reasons. Aggression comes out, drinking, drug abuse, no energy, lack of motivation, numbness, social withdrawal, just one black nothing, no change.

Living in the Mallee, a tough area for farmers because of weather conditions the subject is not one of the topics people talk about. The sun above, the drought, lack of social interaction. Lack of jobs and some people seem to think, 'She’ll be right mate, get on with it'. Denial makes things go away. Not the black dog though. It lurks in the shadows and snarls at anyone that feels its presence.

Beyond Blue, the well-known organisation states 2500 people end their own lives every year in Australia, this comes down to nearly 7 people per day! Suicide is the leading cause of death for people between the ages of 15 and 45.

It is only when you have someone close that lives with the black dog or in my case a friend that took the black dog with him to “the next world” when you realise it is time to act instead of talk. TV, newspapers, internet and magazine are filled with stories about depression and mental illness, but many times it is a story on the road to nowhere. Nobody really wants to talk about it or simply doesn’t know what to say.

We need to start opening up and help people that need help. It is not contagious but a disease that needs a cure. Be kind to each other and open up, maybe together we can turn the black dogs into good dogs again. Every Aussie person needs a dog - a good one.

Adaptation of the National Anthem for the Black Dog
Australians let us use our voice
For helping you and me
With golden soil and health and toil
Our land is hurt by “theee”
Our minds abounds a certain drift
Of darkness hard to bare
In history’s page let us now share
Come on Australia care
In helping strains then let us win
Advance Australia care.

In memory of all people that lived with the black dog and were bitten.

Depression
Suicide
Mental Illness
Black Dog
Beyond Blue
It's OK to Say
up
379 users have voted.