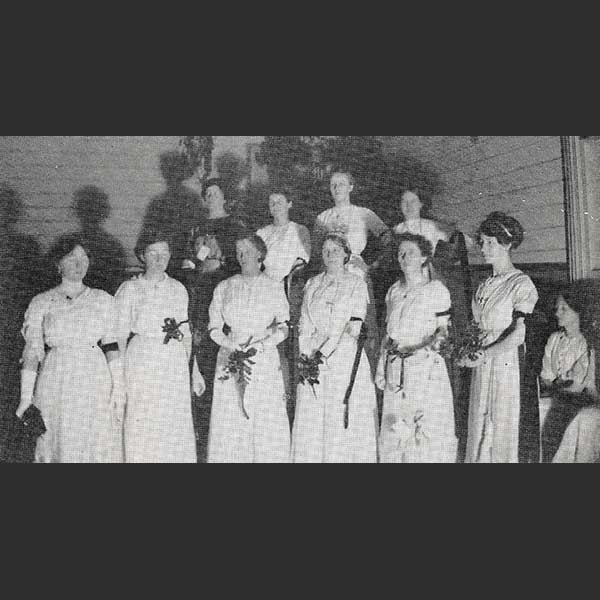 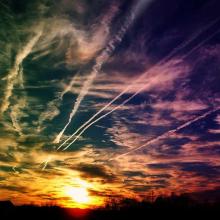 Sadly in the book, "The Way it Was, A History of the Mallee 1910-1949" by Doris Torpy, are details of enormous difficulties faced by all who sought to make a reasonable living in the Mallee. Their faith and determination should be an inspiration to all for during that period, "Nothing was easy".

I have not lived in Ultima since 1933, but I remember many things clearly.

A money-raising Garden Party (probably 1923) at Cuttle's and the Lucky Dip "pocket person" for children. Dust storms when the teacher lit a little kerosene lamp, and we just sat and waited for the storm to pass.

The fire-bell ringing, and immediately, all able-bodied men boarded available cars - many clinging to the running boards - armed only with shovels and sacks for beaters to fight the grass fires. Most returning with singed eyebrows and smouldering trouser legs.

The Better Farming Train. Maypole dancing at the Inter-school Demonstrations.

Probably the greatest comparison between "then and now" is between the General Store and the Supermarket. The Storeroom contained goods in bulk - honey, vinegar, flour, sugar, rice etc. I was told that an apprentice grocer had to be able to make a neat parcel from one piece of paper and one pound of sugar.

I can still see the lidded tins with scoops all lined up along the wall behind the counter, and the tins of Swallow and Ariel bulk biscuits. Wednesday afternoon was half-day holiday, when employees and employer played tennis on the Church Courts. Saturday was late night shopping. In the winter months, the train arrived and brought newspapers. Kippered Herrings, South African Cod (Smoked) and sausages and saveloys from Foggett Jones in Bendigo.

On Saturday, the farmers and their wives bought in eggs and homemade butter. Each farm had a distinctive "butter pat" emblem, eg Rose, Thistle, Shamrock and so on. Orders would be given by the townsfolk for definite brands of butter.

I loved the Christmas decorations and marvelled when the Store's General Office was converted into Aladdin's Cave.

A horse and lorry collected goods from the Railway Station. The same horse and lorry delivered grocery orders around the town. The driver, Ross Sutton, believed in giving the horse "an egg with his chaff" to keep the coat shiny.

Horses played an important part in the development of the Mallee. With their owners they shared long hours of heavy labour, and during dry periods suffered from poor feed and the ingestion of sand. In times of drought, train loads of Mallee horses would be sent south for agistment.

I also remember during The Depression years the men who arrived at our back door (often several per day). Some offered soap savers made from tobacco tins and No. 8 wire, or to cut a barrow load of wood, but all required food. All were paid for their soap saver or labour and given a stout meat sandwich, a jar of homemade jam and some tea.

The Way it Was History of the Mallee 1910-1949 by Doris Torpy
Horses
Better Farming Train
Fighting fires
The Depression
Inter-school Demonstrations
Mallee
up
268 users have voted. 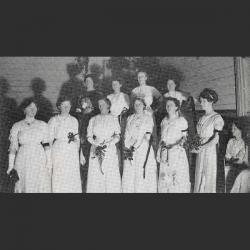