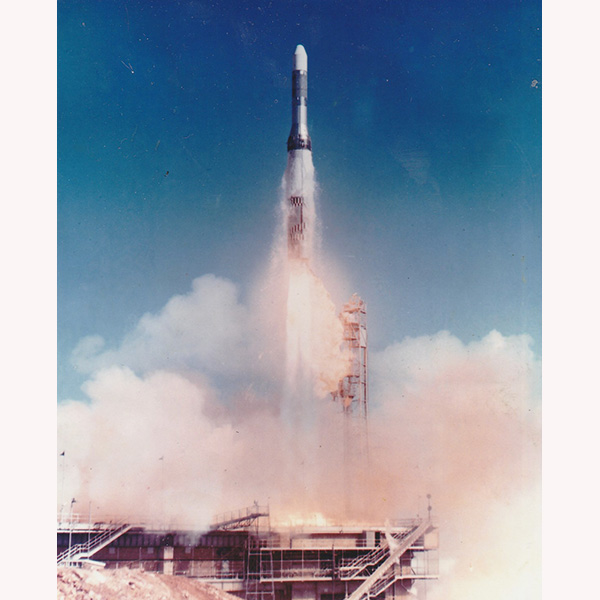 By the middle of 1960 our part-time wrought-iron furniture making business had built up to the extent that Neville and I were actually making some money and providing it continued to grow and the army didn't throw a spanner in the works, I envisaged taking my discharge in June 1961 and working at it full time. I think the army was able to read my mind because shortly after my birthday in July, I was called to the C.O.'s office.

When I asked what it was all about the Orderly Room clerk said he had no idea except that there were a couple of military police and an A.S.l.O. officer who wanted to see me. My first and only thoughts were "What had I done to deserve a visit from A.S.I.O., Australia's major security organization?" There was that sixteen inch adjustable spanner I had dropped in Port Phillip Bay and I did live in St. Kilda where there were many dubious characters. Then I remembered that Neville had a friend called Ted who was a member of the Communist Party and I thought that I would be questioned about Ted's "subversive activities."

'You had better sit down, craftsman Matthews, because you will be here for quite a while.' Were the first words the Military Cop said. 'It's OK, you are not in any trouble; we just want to ask you a few questions.' For the next forty minutes they must have asked me a thousand. 'Where do you live? Why? With whom? Where does he work? Any criminal convictions? Did I have a car? How did I pay for it? Any spare time activities? Did I have a family? Did they have any criminal convictions? Any insanity in the family?' I foolishly replied, 'You mean apart from me?' 'Any jokes here will be made by me.' The Military Policeman snarled, but I saw the A.S.I.O. officer smile.

The interrogation seemed to go on forever and when it was over I was no wiser than before it started. Eventually the Warrant Officer said, 'I suppose you are wondering what this is all about. Well, following your interest in being reclassified as an instrument maker and the suitability, tests you did at 3 Base Workshops, Broadmeadows, I can tell you that you were successful and will soon be posted to a new unit in a Secret, Restricted Area, hence all this questioning. I can't tell you exactly where you are going but it is nearer to Perth.' At the time, leaving Melbourne was the last thing I wanted to do but when the army has made up its mind there is very little that a snotty nosed craftsman can do to change it.

Weeks past, months past and I began to think that shifting me had been forgotten then one morning, about the middle of October, I was again told to report to the C.O.'s office where he handed me a letter and said. 'Congratulations Craftsman Matthews, you have been reclassified to Instrument Maker Grade Three and posted to Army Guided Weapons Trials Unit (A.G.W.T.U.) at Woomera, South Australia, and you have to report for duty on the first of November.' 'You can have a few days off before you leave to sort out any private matters. I hope you are pleased; most soldiers would give their right arm to go to Woomera. I don't know exactly where Woomera is, but go and have a word with young Christie, I believe his brother is there.'

'Oh by the way, you will be paid an extra one shilling and eleven pence per day for being an instrument maker and five and six pence per day because Woomera is such a bloody awful place to live.' It's funny how the army can so casually turn your life upside down then make you think they have done you some kind of fcwour. At lunch time I rang Nancy, my very steady girl friend, to give her the news. She was not amused and thought I was joking.

I had been in Melbourne for almost exactly two years and except for the first few months I had enjoyed nearly every minute. There was the football, we were now members of the St. Kilda Football Club and Youth
Hostels Association. What a great bunch of people they were and Neville had been the best friend I ever had but naturally my greatest concern was Nancy, 'If I went, would I see her again?' Weeks! Maybe it would be months before we were together again. 'Did we have a future?" For the foreseeable future it seemed like 'romance from a distance.' Whenever I thought about leaving I had a feeling of over-whelming sadness.

The next two weeks were something of a blur as I said my goodbyes to all my friends while Neville and I worked feverishly to finish a big order of telephone tables for a major city department store. One of the girls in the Y.H.A. badminton club presented me with a farewell card which had a drawing of me astride a rocket, clutching a small suitcase and written underneath were the words, 'Ron's Packed a Port and is Shooting Through.'

On the 30th of October 1960 I said goodbye to Melbourne and with Neville and his girlfriend Joan on board, set sail for Adelaide. (They had come along to keep me company and share the driving). A huge fog blanketed most of Victoria that morning and it wasn't until we were well past Ballarat that it was possible to travel at a decent speed. When we arrived in Adelaide we had a meal and a drink in a pub, drove around the city to have a look at the place then, after taking my companions back to the highway, I pointed the car North and headed for Woomera which, I had reliably been informed, was somewhere north of Port Augusta.

The sun was setting as I approached Port Wakefield, at the top of The Gulf of St. Vincent, about one hundred kilometres from Adelaide and being rather tired I turned into the drive way of a partially built house on the outskirts of the town. After parking the car around the back, so as not to been seen from the road, with a sleeping bag under one arm and an air bed under the other, I walked in and made myself at home. That night I thought of Nancy and wondered when, if ever, I would see her again.

Except for a few mosquitoes I slept remarkable well and after a quick wash and a tin of cold baked beans I rolled up my sleeping gear and continued the journey. Over the following seven and a half years I drove past that house at least thirty times and each time I looked at it and said, "Thank you." Port Augusta was about two hundred kilometres away and I arrived there just after midday. I thought it looked like a sad, dusty, dirty little place and despite being on the coast, just one block away from the water's edge it looks like a hundred other dry inland towns.

At a little corner store I bought the Sunday newspapers and asked the shop keeper about the road to Woomera and how far it was. He said that he was new to the area and had no idea but if I went to the Shell Service Station someone there would know. So I asked the same questions at Shell and told that I should cross the old wooden bridge, go two blocks then turn right and it was about two hundred kilometres, but not to waste my time because it was closed to the public. I did some quick calculations and figured that with a full tank and a twenty litre can of fuel I could drive about three hundred and fifty kilometres and if I hadn't found Woomera, still have enough fuel to get back to Port Augusta.

Even though it was after four o'clock it was still very hot as the sun beat down on the dust covered salt bush like a hair dryer on Hi as I stopped at the boom gate. A policeman came out of a little white building, which I later learned was "Ponds Gate Guard House," and asked to see my security pass.

'What security pass?' I said. 'Sorry lad you can't come in without a pass.' I told him that I was in the army, had just been posted to A.G.W.T.U. and showed him my Army pay book. He said he would see what he could do. I was hot, dirty, tired and had just driven nearly two hundred kilometres over the worst road I had ever seen. It was a pot holed, rock strewn, goat track called "The Port Road" and now that I had reached my destination I was being refused entry because I didn't have the small piece of paper called a "temporary pass"- a piece of paper I'd never heard of.