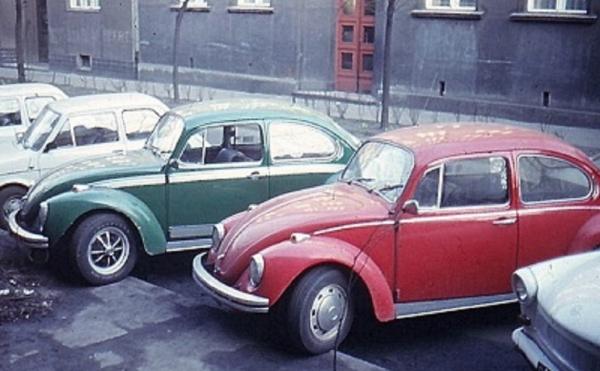 It was a beautiful morning in Krakow and George and I decided to set out for Nowa Huta, a modern industrial suburb on the outskirts of the city where a local told us there was a dedicated VW repair facility where George could try to have his horn repaired, most likely a loose wire or something else just as simple to fix.

Although it was only 8.30 am the place was choked with all sorts of cars, mainly Polish Fiats with not a VW in sight and with the hopeful owners standing next to their cars looking hopeful, or actually more like desperate.
We asked the chief mechanic regarding an appointment and the grease-covered oaf dismissed us rudely with a comment about coming back tomorrow and standing in the queue from 7.00am like everyone else.
Obviously, my Polish was too good and he assumed I was a local. Now this is where I would have slipped 100 zloty into his pocket and he would instantly have realised I was a foreigner and his attitude would have improved instantly.

However, his rudeness was his loss as I gave him the one finger salute in lieu of the bribe he could have had. As I left I looked at all the hapless customers standing there timidly, drained of all will to retaliate, argue, or complain.
The will may have been there under the surface, but how could they retaliate, where else could they take their business, who could they complain to?
Realistically, they had no alternative but to accept the swinski treatment in a swinski system imposed by a swinski superpower that knew no other way.

We then decided to look around and found another service centre which specialised in electrical repairs. The usual demoralised customers were hanging around hoping for a miracle, but we went straight into the office and with my Polish dumbed down to tourist class, I enquired about repairs to our horn.
Unbelievably the chief told me politely enough, that they did not repair horns.
I burst out laughing that an electrical specialist cannot repair a simple horn.
Humiliation usually works well, and so he then said that OK they could, but the electrician Kowalski had not yet turned up for work. We would wait.

A few minutes later, we saw someone in overalls trying to sneak past the office window but the boss was onto him, bellowing that he had a car horn to repair and to hurry up as there was a long queue of customers with all sorts of electrical problems. Due to the 100zloty note we slipped the boss, we were at the front of the queue as usual.
Kowalski asked where we were from, and Australia was very exciting for him as he asked us all sorts of questions while the queue outside grew longer by the minute.
Eventually he got to work and about 2 hrs later the horn was fixed. Now having got our foot in the door George decided to abuse the privilege, and asked if a burglar alarm can be fitted. Of course, he said confidently but it would take a couple of hours.
What about all the other people waiting? What about them? he quipped. I looked outside at all the despondent faces and felt like crawling under the car.

Without any further ado, Kowalski started pulling out wires everywhere and I soon had a bad feeling about his enthusiasm far outreaching his ability.
Kowalski worked diligently and incompetently well into the afternoon, interrupted only by occasional yelling from his boss, asking when he would finish as people were waiting and harassing the hapless boss.
All this was water off Kowalski’s back and by 3.30 pm the VW was still a mass of loose wires protruding in all directions.

The poor boss came over eventually, crying on our shoulders about all the trouble he had running this place. ‘No one does what I ask, no one turns up on time and they all do private jobs on my time.’ He said he couldn’t take it anymore.
To bring a bit of levity to the situation we told him not to worry as according to the popular commo slogan things would get better. He smiled and went back to his office. At least the poor fellow had a sense of humour. In his position I am sure I would have slashed my wrists by now.

Kowalski ignored all this, and kept working with loose wires everywhere leaving only his backside visible, as his head was deep in the engine bay.
We left the car at 5.00pm to come back the next day, and noticed the other hopefuls had left already, defeated again.
The next morning, we took our time, knowing full well that we did not have to join the mass of frustrated demoralised humanity jostling for a prime position.
These people had no option available to them, as they had long ago resigned themselves to the hopeless situation they through no fault of their own, found themselves in.

Anyway, back to the matter at hand. Whilst the hopeful clients were jostling for positions, we had a leisurely breakfast at a restaurant across the road, knowing that our electrician would be late for work. In fact, when he did eventually arrive we had a bird’s eye view of his usual pathetic attempt to sneak past the boss and his inevitable capture red handed.
We watched as the boss was screaming at him waving his arms around whilst Kowalski stood there unmoved. I anticipated that this was a scene acted out every single day, culminating in the frustrated boss throwing his arms in the air and going back inside the office where about 20 naive but ever hopeful customers pounced on him.
I felt like giving him another 100-zloty to help ease his suffering.

We walked back across the road to evaluate the situation, and when Kowalski assured us he was nearly finished, we decided to go for a walk to escape the wrath of the mass of humanity desperately waiting to have serious problems attended to (attended to, of course- not fixed).

We walked past from across the road and all we ever saw was Kowalski’s rear end sticking out of the engine bay, and as it was now lunchtime, we went back to the restaurant. We took up a window seat where we could see Kowalski’s rear end and settled down for lunch and a few beers. By 3.30pm, the obvious was becoming obvious and we decided to put everyone out of their misery, including ourselves.
We walked into the office and the look in the boss’s eyes of pleading, begging for mercy made me feel so bad, I quickly cut to the chase and told him to give us the bill, which he refused because the job was not completed.

He was a proud man and a man of principal, so I took him aside and slipped him 200 Zloty (more than the job would cost). There was almost a tear in his eye as both overall relief and humiliation engulfed him. We shook hands and he rushed over to the other customers with renewed energy and sent Kowalski to another car to save him the embarrassment of public failure, as we took our car and left.

Before we left Nowa Huta we dropped into a friend of George’s, Marian, and when we told him our story, he knocked on his neighbour’s door and told him the story. Zbyszek was an auto electrician also and went downstairs with us to see the damage. In 10 minutes, he installed the alarm. Turns out he knew Kowalski from trade school and laughed, telling us that whilst he passed all the exams, Kowalski was the dunce of the class and must have paid for his qualifications, because he was not capable of inserting batteries in a flash light. Nevertheless, he was a nice fellow-we agreed.

Zbyszek refused any money for a 10-minute job and we said we owed him a beer next time we were here.
As it turned out we were back the next day, as we soon discovered that the windscreen wiper switch would activate the indicators and vice versa as well as one or two other things.
Zbyszek now rectified and checked everything and accepted payment.
We now knew an auto electrician for future reference, this was the only way things ever got done-the unofficial or black economy or capitalism versus communism. 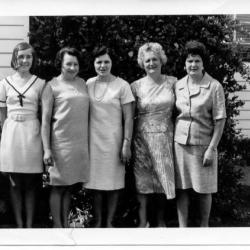 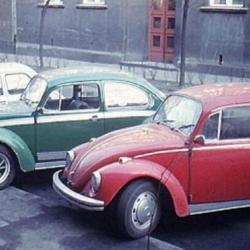 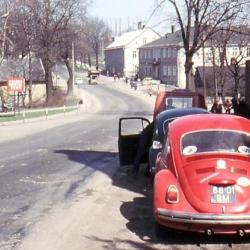 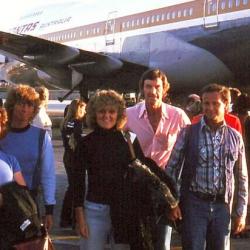