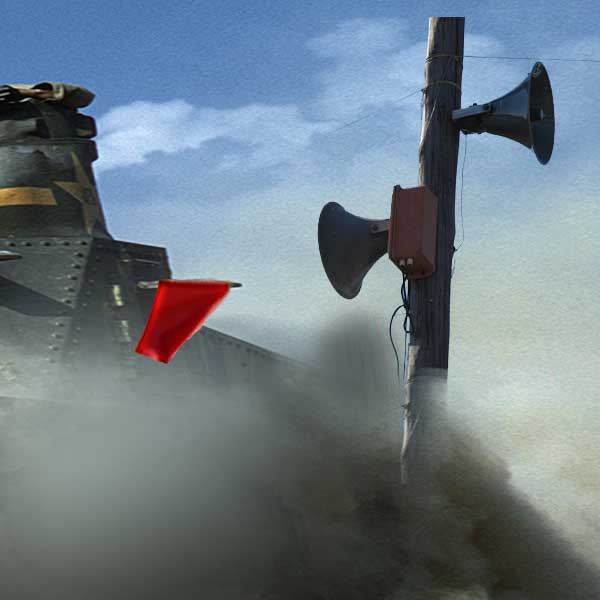 I'd just turned 19 and living on the family farm when the government sent me a letter explaining that I was needed to defend the country. Australia was fresh out of wars at the time so it was no big deal. Just three months basic training at the Puckapunyal Army Camp, followed by three month's part-time in some specialised outfit. I didn't want to do this service as life was good in Civvy Street, but they reckoned the girls went for uniforms, so I asked my Old Man for advice.

"I can get you an exemption, son. I'm doing the same for your brother."

"Primary producers are exempt. There will be a war one day and people are needed on the land to produce meat, wool, fruit and veggies."

"You could be. Start behaving yourself, stay on the farm and you won't have to do any military service or go to any wars."

Blow that! I was anxious to escape from the farm. It would take more than some pissy army service to make me stay.

Along with about 20 other blokes I was drafted in at the town nearest to home. We fronted up for a medical examination by the town's GP, old Doc Clayton. He was assisted by a young medico, Colin Baird, sent up from Melbourne to help with the extra workload. Within a couple of hours the older doctor was completing his examinations at a rate of around three to one compared to the young Baird. So Doc Clayton came in to watch the young doctor do his stuff with me as he was worried about the number still to be examined in the time available. My heart was being listened to, my eyes peered into and my ears probed.

"Jesus Colin! We'll never get through them at this rate," Clayton said to his colleague. "Stand up, son," he said to me.

He lifted my left arm, grabbed Doc Baird's hand, placed it under my armpit and dropped the arm.

"Is your hand getting warm?"

And so I became a National Service Trainee.

Being a Nasho at Puckapunyal wasn't as pissy as I thought it would be. In midwinter, the 24-man tent leaked, the latrines stunk, and the boots didn't fit. And I dunno why, but the Platoon Sergeant decided I needed picking on and so I copped extra kitchen duty, even though I reckoned I was behaving well. At least most of the time! I mean, it could have been anyone that short-sheeted his bed, painted one of his boots white, and jammed a dead mouse up the spout of his rifle.

A bloke could survive washing up heaps of dishes, but it was the pots and pans that got me. Whenever the Sarge decided I wasn't as innocent as I declared myself to be, he'd have a word with the Mess Officer, and I would be given special duties on pots and pans. These were washed in an area outside the kitchen on a concrete slab with no roof. And anyone sent out there would have to perform, regardless of the weather - rain, hail or snow, it made no difference.

The trough I was always allocated was through some wiring fault, connected to the Mess electricity supply, and that short in the wiring sent a tingle into the water. It was a real bastard if you had cuts or abrasions on your hands. I had to dip in quick, grab a pot, scrub, rinse and back off. The Mess Officer, being the Sarge's mate, would declare my efforts to be pathetic, and I would be forced to rewash most of the stuff I'd hurried through. Eventually I got the message and had to figure out more subtle ways to bend the rules when they needed bending.

After three month's basic training, we were assigned to an armoured corps and only trained on weekends, which unfortunately meant fouled-up weekends right through summer. But it also meant we could fool around in tanks the Yanks had left behind after World War II. I was assigned the role of radio operator, and they gave us some lectures on cranking up the ancient equipment.

There were plenty of opportunities to foul up here, especially on manoeuvres. About twenty of these General Grant tanks arrived and, after a couple of weekends training, the Big Brass from Melbourne Headquarters came up to watch us operating these obsolete monsters in mock battles.

The tanks threw up clouds of dust, and when things got going properly, the observers had a hard time telling who was doing what, when or why. We had to talk to each other using the radios as the noise made it impossible to shout directions to the driver. And with this equipment we could also communicate with the crews in the other tanks. What we didn't know that all radio conversations were broadcast through a loudspeaker on the hill. Up there the Brass had cool drinks and listened to us on the radio, while we sweated and coughed up dust in the scrub below.

Tanks flying green flags were the Goodies. The rest had a red flag and were the Baddies. There was a lot of racing around, stirring up dust and banging away with guns firing blanks. Seeing my chance to get my own back for all that undeserved kitchen duty, I broadcast my opinion of army life - especially the lousy food, idiot officers and fat-arsed Brass. No one could tell who made the comments as the tanks were moving too fast and crisscrossing each other's tracks. Radio operators in other tanks took the opportunity to have their say, and the airways ran hot.

The Big Wigs listening to all this got quite upset. A jeep was dispatched down the hill with an officer waving a Stop Exercise flag. He had attempted to halt things by radio but had been told in no uncertain manner what to do with his communications equipment. All operators were given night-guard duty, cancelled leave and extra kitchen duty.

Before we'd finished learning to safe-guard the country, the management relaxed a little and let us ride in a German 'Leopard' armoured vehicle. This was a state-of-the-art tank complete with padded seats and a radio that was so flash I reckon I could have called up Mum on it. And the turret gun was something to see. It had an aiming device which allowed the sights to be set on a target and locked into position. The tank could then be skidded around in all directions, firing away, still on-target without the gunner having to touch the sights. I would have loved one of these back on the farm for rounding up sheep!

The army kissed us goodbye with a parade through Melbourne to the Shrine of Remembrance. This return to Civvy Street was to let the population see that the country's defence was in the safe hands of fine young patriots. Apart from a few relatives, no one turned out to wave and cheer. I guess they were all at work and, anyway, it was raining.

I was fitter and wiser. And I had learnt the most important lessons you can learn in the army - don't volunteer for anything, always keep moving when in sight of officers, and don't be seen in groups.