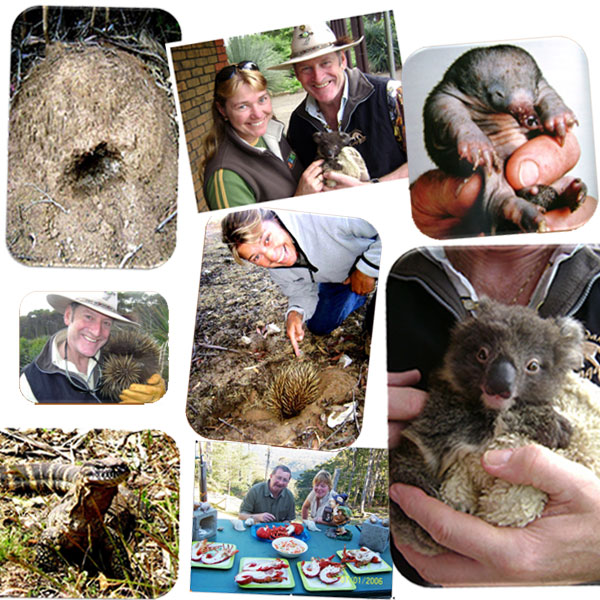 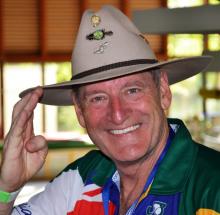 Hundreds of lightning bolts rendered the sky, 13 bolts striking across the Australian Island of Kangaroo Island. These ignited the tinderbox of dry expanses 12 bushfires, and many of these joined and became four massive fires across the Island. This night was only the beginning of a catastrophy that would last for ten days and nine nights when it was brought under control by hundreds of fire fighters, planes, water bombers and emergency units which had come in from across Australia.

A few months earlier Evelyn Keyes, my wife, and I accepted the position as Residential Managers of the Hanson Bay Wildlife Sanctuary - having completed a contract as Managers of the Longreach Residential College in Longreach, Queensland. So when the opportunity opened for us to take the position, apart from being huge animal lovers, we felt that after managing a residential college of students who were aged between 12 and 17, male and female, 7 days a week - and most going through puberty - that looking after a wildlife sanctuary would be a breeze, and didn’t hesitate in accepting the position. Shortly after we made the long road trip from Longreach to the beautiful South Australian Island of Kangaroo Island.

Our love of native Australian wildlife took bloom when Evelyn and I shifted from The Netherlands after two years there, and purchased a totally energy self-sufficient home (Solar, Wind and Hydro Energy, Nature Loo, etc) with 23 Acres atop of Mt Elephant on the East Coast of Tasmania. What was great with that property was that the boundaries backed onto two national forests and, with no fences dividing, it was like living in a beautiful natural wonderland with an array of native wildlife which many zoos could only dream of. Our home perched on the mountain overlooking the Chain of Lagoons to Fairy-Penguin-famed Bicheno, with Piccaninni Point directly in between. A gorgeous part of the Southern Hemisphere.

Evelyn and I fell in love with this region of Australia after we visited it on our honeymoon in early 2004, and it was then that Evelyn decided she would prefer to live in Australia rather than in her homeland of Zeeland in The Netherlands. I always loved Tasmania but even more so when I learned from my daughter Tracey Ann Keyes that one of our relatives had been a convict, deported from England to Van Diemen’s Penal Settlement in Tasmania for participating in a protest over some obscure thing. He got seven years, but these sentences usually converted to life as few convicts could return to their homeland of England or Ireland without a ticket.

Apart from the beauty of our surrounds, we were blessed to also have the Bicheno Nature World Park only minutes drive from us, and we visited it so many times that many folk thought we must be staff. It was at this time that I became a snake wrangler too, having to remove many black tiger snakes from properties, especially ours, and placing them in the Nature World care domain. We also took all our visitors from the mainland to Nature World as a treat and explained the many idiosyncrasies of the Tasmanian Wildlife. Unbeknownst to us at the time we would be employed to care and take tourists on wildlife escapades and adventures just three years later, sharing the knowledge we gleaned from this Nature World and the unique native animals we studied.

To give you a little idea of what I mean by unique, the following are a few titbits to savour:

I share a few of these facts so that you are aware of their normal idiosyncrasies because during major bushfires their behaviours change. I will tell you more details in Part 2 of this story.

But while we are still on Tasmania, let me share with you one of the joys from Bicheno which is its shoreline and some of the best seafood, especially crayfish.

For my wife’s first Christmas present in Australia I purchased a cray pot and a cray licence for us both, and during that Christmas and New Year we managed to catch 29 crayfish (lobster) ranging from 1kg to 5kg. Our Bank Manager, Rob Rowe, his wife, Wendy, and their two daughters, Kate and Cara, came to visit from Victoria around this time, and for a treat we each had a crayfish. Now just seeing those pictures makes my mouth water! There is nothing better than catching a cray in the morning and having it for lunch or dinner.

To return now to our journey from Longreach to Kangaroo Island.

This was an eventful trip with perhaps the pinnacle experience being the millions of stars we observed when we camped overnight near the back of Bourke. With no light from the cities or any other source, here, in the middle of the Outback, the galaxies appear like through a telescope. A wonderful aspect of Australia is you don’t need to go too far to escape intruding transient light to view the Universe.

We arrived at Hanson Bay Wildlife Sanctuary on a beautiful day, and in high spirits as we had already seen many native Australian animals from our road trip. Hanson Bay is host to an array of sea life, including Australian and New Zealand Seals. It also has many thousands of Tamar Wallabies and several hundred Western Grey Kangaroos. The Wildlife Sanctuary itself is 9,500 square acres in size with about 3,000 square acres, cleared for grazing by returned soldiers from World War II.

There are five different dams scattered throughout, and a sixth (very) large dam which was totally dry at the time, near the Manager's Residence. These would prove to be lifesavers for both my wife and I, and the many thousands of Kangaroo Island wildlife.

An interesting fact is the Sanctuary had at the time of our experience the largest colony of koalas, and we can testify to this from the many sleepless nights we spent as koalas ran over our corrugated iron roof. At times we thought a rugby or football match was in progress. But we settled in well and quickly grasped the many duties of a Residential Manager and Animal Carer.

Some months later we received a weather warning about Kangaroo Island on the television; a major lightning and thunder storm was about to hit. This was to be a life-changing experience. The lightning sparked a number of fires, several converging into four major bushfires around the Island. And they raged for ten days and nine nights.

Other stories by Greg Keyes 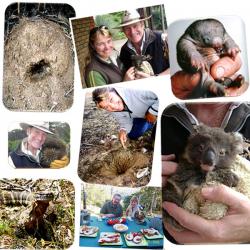