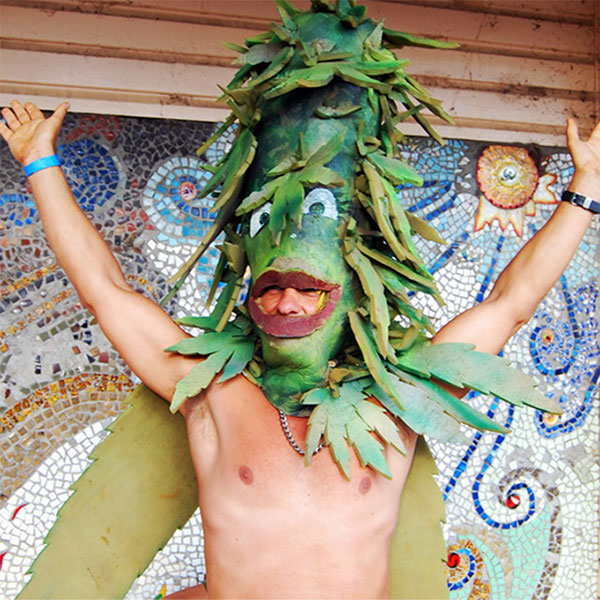 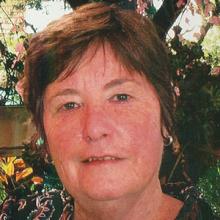 For all those 'grey nomads' out there who are 'spending their kid's inheritance with great delight but are perhaps looking for another unique experience that their kids can 'horrifyingly' comment about....then I TRULY and UTTERLY RECOMMEND..........'GOING HIPPY' (Well...at least once!!!).

I don't know what you were doing in 1973 but I was married, conforming to the 'traditional' marriage criteria and pregnant with my first child. I wouldn't quite call myself 'hippy' but I certainly didn't mind listening to the Mamas and Papas, dressing in bright large-designed loose clothing and enjoying the fresh air. Living in the city environment perhaps influenced me to dress for the most part in a more 'retro' conservative style and behave appropriately.

Whatever our lifestyle in the early 1970's, most of us would remember the hype of the anti-Vietnam/anti-War protests, references to 'flower-power' and the little country town of NIMBIN in the Far North Coast area of New South Wales.

Yes......it was in 1973 that the 'dawning of the Age of Aquarius' hit the streets of Nimbin and this sleepy little town changed forever into one which can no doubt be regarded as the epitome of 'hippy-ism and communal living' in Australia.

The Nimbinites would foster free love, harmony and understanding, would tend to prefer the unwashed look, barefeet, long-hair and beards, sunglasses and psychodelic clothing and an opportunity to live an alternative lifestyle.

'Just visiting Nimbin are you?' asked a shop-owner attractively adorned in a rainbow-coloured head scarf. 'Nothing much happens here during the week but you must come back May 1 when we have our yearly Mardi gras. The town comes alive. Next time its the 25th Anniversary of Aquarius'.

So, some months later in 1998, with suppressed hippy adrenaline, already appreciating the benefits of a free-er lifestyle travelling around Australia in a small motor-home and filled with curiosity in seeing what Nimbin was all about...I took up the shop-owner's suggestion and returned for the Mardi gras.

Sleeping in my small motor-home surrounded by many Volkswagons brightly covered in 'flower-power' designs and messages, I would wake up, dress in 'my version' of hippy-type clothing; tie a man's tie around my head as a head-band; paint a flower on my cheek with lipstick and eyeliner and walking in loose to sloppy sandals, I would venture out for a day of activities down the Nimbin streets.

And what a wonderful experience that was! There was no doubt that dressing up as a hippy gave me a definite connection with the Nimbinites and an opportunity to engage in easy and spontaneous conversation. Their friendliness, trust and generosity was overwhelming. I was invited to learn to play the bongo drums, observe a cooking demonstration of those 'special' chocolate cakes, converse with many Nimbinites (of both sexes) who were freely willing to tell me their interesting life-stories, their attitude towards the smoking of marijuana and responsibilities as a parent, their love of nature and how many of their children were named after 'flowers and trees'.

Many had large farms which grew organic produce (fruit, vegetables etc.) and fostered farm labour for food and bed. Apparently there was no shortage of interest in this type of work-exchange and the system seemed to operate under the banner of 'harmony, love and understanding'. I was tempted to apply. The organic produce seemed to complement their philosophy of natural energy control and it was obvious there was a dedication to encouraging solar panels and windmills and recognising the benefits of recycling of rubbish.....and THAT was in 1998!!!

Whilst my own hippy outfit obviously blended in sufficiently, I couldn't help admiring the attractive and popular rainbow clothing and tie-dyes worn by many of the Nimbin folk. But the best would come when I sauntered into a shop and found them promoting the majijuana plant being converted into hemp and being used in a variety of ways eg. rope, bags, medication, creams and clothing. Naturally I didn't hesitate to attend the Hemp Fashion Parade that night which showed the versatility of the hemp material, the incredible designs and colours and highlighting the talents of the Nimbinites being worthy of more acknowledgement in that field.

Of course I couldn't resist joining in the Mardi gras procession on the Sunday by picking up an empty coke bottle dropped by a visiting on-looker and a stick to make noise to join in with the camaraderie of the weekend. Following an enormous cigarette with the Mardi gras theme for 1998 'LET IT GROW' (but for all the right reasons) in amongst a variety of other street activity was a 'not to be missed' opportunity (certainly by me!!!).

These days accommodation does not just rely on Back-packers, Hostels or camping. There are now cabins on the edge of the rain forest or a B&B. Of course the nearby bigger towns of Ballina, Byron Bay and Lismore have plenty of accommodation options.

Other stories by Cherie Hartwig 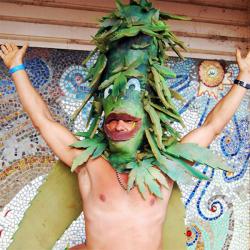