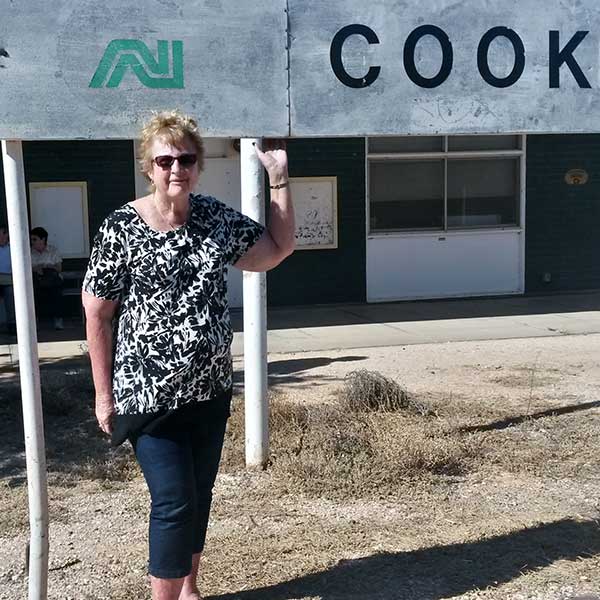 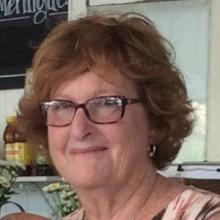 I boarded the Indian Pacific in Sydney and after a bit of confusion when I saw two trains, I realised they were linking them together. The seating options on the Ghan and the Indian are the same and again I travelled in Gold Class Single Berth. I spoke to a Scottish Backpacker travelling in the Red Service and he said it was the best and cheapest way to see the country as he could sit back and let someone do the driving and take him to see the best places. No matter what class you travel, it’s always nice to just relax and enjoy.

The people I talked to each had their own special reasons for travelling. Some were going from one side of the country to the other, some for the third or fourth time, and others were going halfway to or from Adelaide then meeting up with the Ghan. Quite a few were sightseeing for a few days then picking up the next train when it came through a few days later.

The first whistle stop tour was Broken Hill which I found interesting. It was quite hot but I’m told that’s the norm. We visited the Broken Earth Mining Museum and the view was spectacular. I was overwhelmed by the Wall of Remembrance for hundreds of lost miners – the youngest 12 the oldest 70 plus years.

After a whistle-stop tour of Adelaide the train continued on our journey through a desert - where one minute you see a tree, the next minute you see nothing – and then you come to Cook. I fell in love with this little place where no one lives, out on the Nullarbor Plain, and smack in the middle of 476km of the straightest train track in the world. Cook is a railway station and crossing loop on the standard gauge rail line from Port Augusta to Kalgoorlie with no inhabited places around. Off we went again and the next stop was Kalgoorlie Boulder – some say the two names should be separated but I think it has a nice ring to it. We arrived in the evening so our whistle stop tour to Hannan’s North Tourist Mine was a disappointment because we couldn’t see much, however the sheer size of the massive hole in the ground left me to imagine what it would be like working in it.

After 3 nights of indulging in delicious food, good wine, plenty of coffee and great conversation our journey was drawing to a close. I don’t know what I was expecting but Perth was something very different. I chose to take a bus trip around the city and when we arrived at Kings Park Botanical Garden I was in awe of the beautiful and stunning wildflowers all in one place. I stayed an extra day to do some sightseeing and took myself on a lunch time boat cruise to Fremantle, travelling past some of the most amazing properties you could only dream about owning.

The food on both trains was very similar and I had some serious gym work to do when I got home, the service and staff equally spectacular and it was an enjoyable and restful journey. The tours were included in the Platinum/Gold Class service but is extra cost to those in the Red Service and well worth doing. The only difference between the two trips was the scenery. There’s so much to see in Australia and if it wasn’t for the Ghan and the Indian Pacific, I would most likely still be thinking about doing it one day.

Other stories by Sue Downey 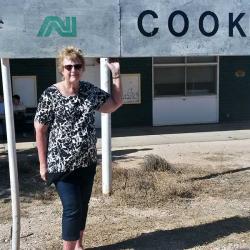 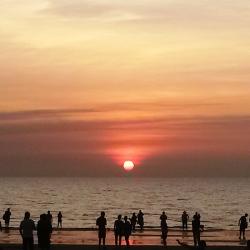 Adelaide to Darwin on the Great Southern Railways