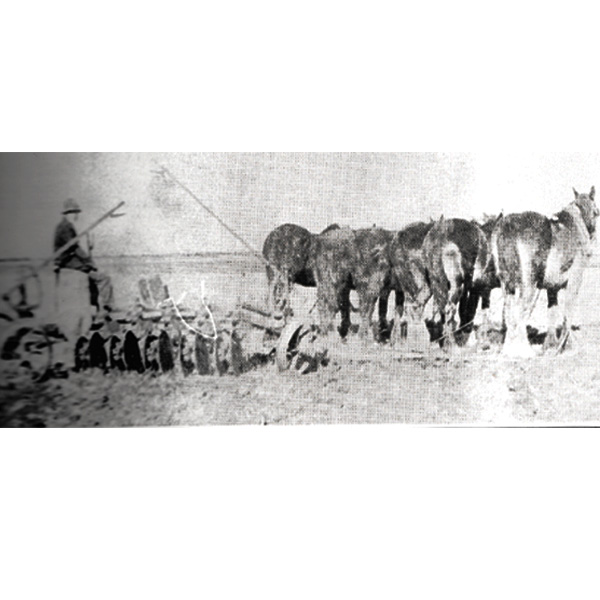 Everything went along alright, until the next spring. Ossie was driving seven horses abreast in a ten disc plough when a dry thunderstorm came up in the afternoon. (A dry thunderstorm was always dangerous.)

Mr Battersby was milking the house cow, when a feeling came over him; "Where was Ossie?". He stopped milking the cow and went straight down the paddock, where he found the middle horse of the seven lying dead; and Ossie, sitting on the plough, also dead. The only mark on him was a little bit of hair singed behind one ear. The lightning did not affect any of the other horses or strike the plough.

Lightning does strange things; I have seen it strike windmills and crack the main casting, wrecking the wheel; and also strike dry grass and dry trees, setting them on fire. When lightning strikes a green tree it seemingly drives all the burning qualities out of the wood in a split second, it is no more use in a fire than a stone. I have heard of a case where lightning struck and killed one man standing in a crowd at a Clearing Sale - no one else was touched or effected.

In the autumn of 1928 about 6.00am, a thunderstorm came up at our farm at Waitchie South. I had brought a wagon load of super-phosphate out from Ultima the day before and it looked like a rain storm and so I was carrying a tarpaulin across the yard to cover it up. I had a hurricane lantern in one hand and the tarpaulin under my arm, when a bolt of lightning knocked me to the ground and put out the lantern.

I got up, went over to the barn and was lighting the lantern when my Mother came out onto the front verandah and called out, "Where are you, Ken?". I said, "Over here, at the barn". My Mother said, "You keep inside, as that last bolt of lightning was very close!".

I never told her that it was so close that it had knocked me down as it was only about two months after my Father's death. My Mother had enough worries without that. 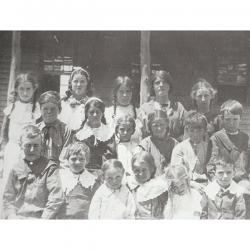 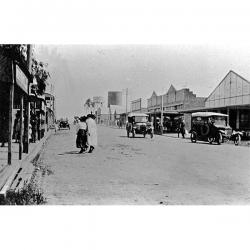 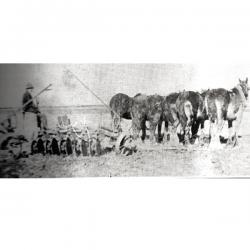