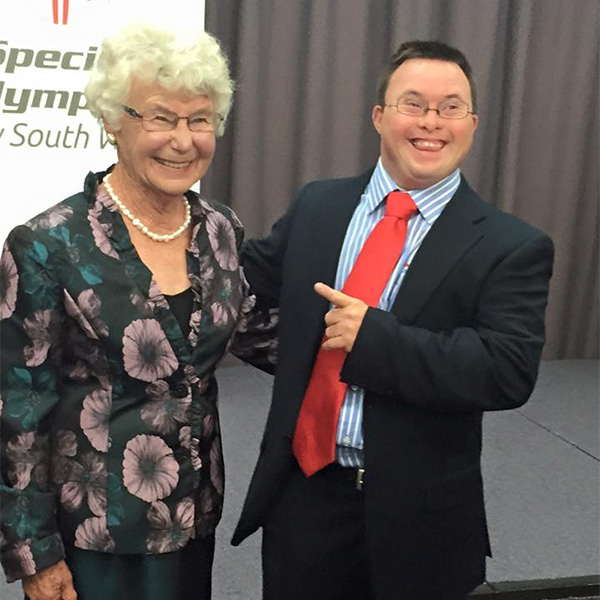 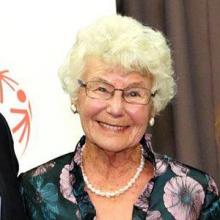 Sport has been one of Greg's main interests. The Armidale swimming clubs, a local tennis club and Special Olympics have given him opportunities, coaches have been encouraging resulting in pleasure and success from participation in competition whilst many friendships have been made.

Highlights are many. Greg played tennis in Melbourne in the Disability section following the Tennis Open and on another occasion played tennis in Canberra in a Special Olympic competition. Greg was in a Special Olympic team to compete in Singapore in athletics and ten pin bowling. Greg was in the Special Olympic NSW Team in Hobart, Brisbane and Sydney for swimming and Adelaide for athletics. Currently he plays ten pin bowling, golf and lawn bowls with Special Olympics in Armidale and enjoys the competition with the other Regions. Swimming has been a great love. He has swam (disability section) in many club competitions throughout the region and also in Brisbane, Melbourne and Sydney. A great thrill was attending the Wold Down Syndrome Swimming Competition in Portugal 2008 and breaking three world records. Greg has over six hundred medals, many swimming club trophies and has several sporting awards from the Armidale/Dumaresq Council. Greg was awarded a Life Saving Certificate in 1994, and received an Outward Bound Scholarship from the NSW CWA in 1995. In 2000 Greg proudly ran with the Olympic Torch.

Every day living has to be more than sport. Greg is now thirty eight years old. He shares the responsibility of helping at home - mowing, house cleaning, the laundry and occasionally cooking. Greg helps with the collection at church where he has supportive friends. He mows lawns for some of our friends. Greg has been in supported employment at the Ascent Group for twenty years. He is a NRL enthusiast and enjoys country music and John Farnham. He rides his bike, orange flag flying, around Armidale, groceries, TV Times and local paper stowed in the basket - phone and music on hand.

When born, the advice given was, 'Take the baby home for a couple of years and then commit to care ie. an institution'. However, Greg was fortunate to be part of an Early Intervention Programme, attend preschool and to be educated in the mainstream system, firstly at Newling School, Armidale, and then at The Armidale School. He had wonderful teachers, made friends, developed social skills and learnt to read and write. Greg's sister was seventeen when he was born. She chose her career path, enrolling in a psychology degree because of Greg. Greg's brother was eleven. He chose a boarding school so that he could continue to be involved with Greg's early childhood development programme. Recently, a cousin brought her fiance to meet Greg as she wanted his approval. Greg's niece comments that his impact on her has resulted in making her more considerate, understanding and aware of anyone with a disability and more patient. She adds that Greg behaves like everyone else, that he is gentle and kind and better at reading and writing than some of her university friends! A friend has stated that Greg has brought light to her life with his love and generosity and that he is a best friend.

Greg's unconditional love keeps his family focused on such essentials as family togetherness and brings joy to friends. He has a generous spirit and is sensitive to other people's feelings.

The extra chromosome has brought many blessings.

In conclusion I quote:

People need people and friends need friends
And we all need love for a full life depends
Not on successor great acclaim
Not on successor worldly fame
But in knowing that someone cares
And holds us close in their thoughts and prayers
For only the knowledge that we're understood
Makes every-day living feel wonderfully good.
Anon

This story is supported by the Northern Tablelands Group and Armidale Branch of The Country Women's Association of NSW.

Other stories by Ruth Blanch 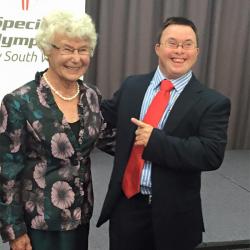