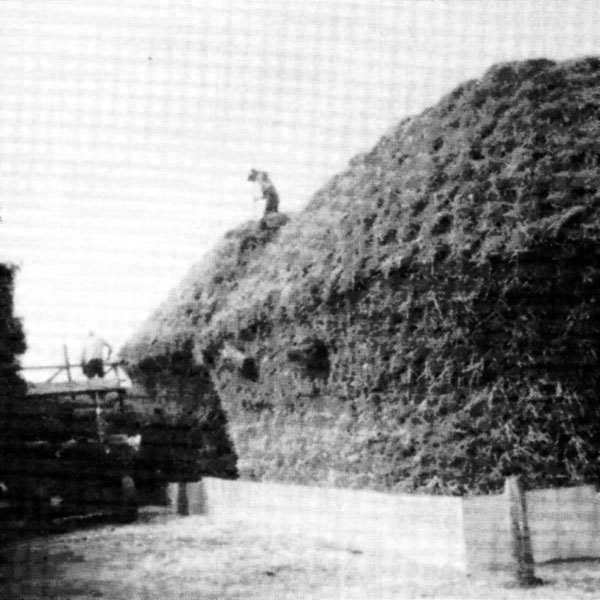 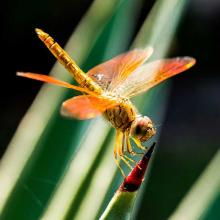 Cecil Learmonth came to Ultima from Woodstock, west of Bendigo, near the Loddon River. His father had brought a 1276 acre Mallee wheat farm 7 miles west of Ultima. He and his brother drove up in horse and gig and camped somewhere between Meatian and Ultima, then continued on next morning, and while going through Ultima, noticed the Wine Saloon building had just burnt down that night in January.

In the first year of farming, there was very little return from the wheat harvest, the following year not much better, as the Depresion had set in, and his father died during the  harvest of January 1931. Then Cecil brought the farm with the advice and help of an organization formed to help the farmers of the Mallee retain their farms during adverse seasons. In 1935 he married Irene Conway and had a family of 3 boys and 1 girl. We had horses, sheep, pigs, cattle and fowls. To help supplement our living we milked cows and sent cans of cream away by rail and cleaned and packed crates of eggs which where railed away with very little return, often about 4d a dozen for the eggs. The balance of the cream was made into butter, also the surplus of eggs were sold to the grocer where we shopped for our goods.

Coolgardie safes where used to keep food cool, later charcoal safes were made, and seemed an improvement. In about 1948, we got the Quirks Wind Light 32 volt power. It was powered with the wind light and batteries.

There were some good years as well as droughts, mice plagues and dust storms. Then in the 1944 drought, stock had to be hand feed , then when the fodder ran out, some horses were sent down Colac way for agistment, and breeding mares to flats just out of Swan Hill. Cocky chaff was used to feed the stock in bad times; this was mixed with molasses. Around the cow yard, Mallee roots were used for the fence, later to be used for firewood.

The roof of the stable was a straw thatched roof, with stalls and feeder troughs for each horse. It meant an early morning start as horses had to be groomed and harnessed and allowed time for their feed before going to work. Later when tractors came and replaced the horses, some of these things were done without.

The wheat was bagged and carted on the wagon with horses, to the railway station to be railed away.

Horse and gig was our transport until 1936 when we brought a second-hand Dodge car for 200 pound, which was a lot in those times . Then later petrol rationing came and coupons for our goods.

As water was channelled to dams on the farms, a garden could be had for vegetables etc.

Mechanized farming today is a much easier way of life, and Cecil worked the farm until his death in 1987, at the age of 82 years. It is now worked by his son, Graeme.

In 1964 the 240 volt S.E.C. power came through to the farms, which was a great help with refrigerators and other appliances. 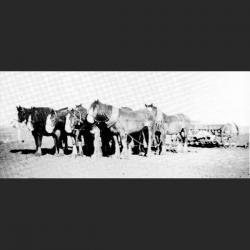 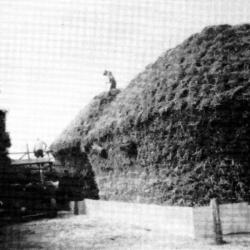