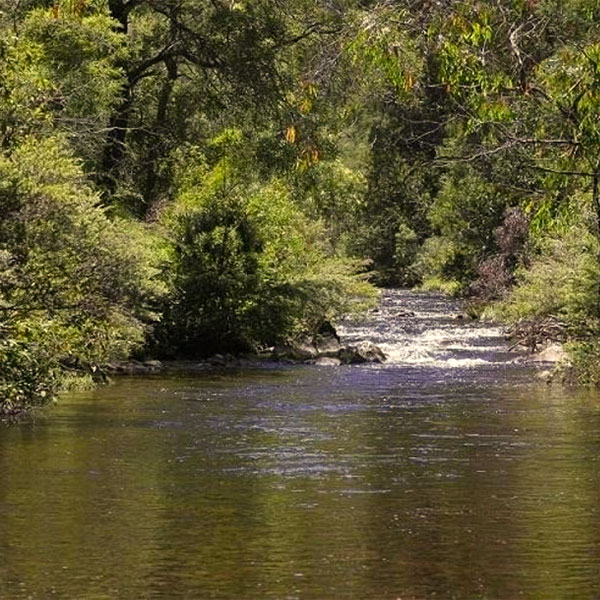 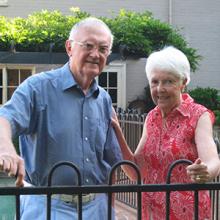 Uncle Cliff taught us the song about the swaggie and his Matilda pack when he joined us at the camp on the Timbarra River in East Gippsland. It was 1939 and I was six years old. We learnt the chorus of Waltzing Matilda first and were promised the rest at bedtime. How lucky were we to have a song for a bedside story!

Each evening there were splendid versions of this lively song to which we were invited to contribute. With some help from the cousins I came up with something like Once a jolly family, Camped on the Timbarra, Under the shade of tall poplar trees...

My parents certainly enjoyed these performances. They explained to me a few years later that Cliff, besides being a great organizer, was always ‘a mine of information’; that was how they put it. Apparently on one of these camping trips he had informed them that Banjo Patterson knew the German expression, ‘auf der Waltz’, which meant ‘on foot’. All these years later, when I recall those trout fishing trips, I find this detail fascinating.

At the time a good part of the fun for me had been practising waltz steps along the river bank in readiness for what Uncle Cliff said would be the dinner dance around the campfire. We were all invited to dress up for this special event.

Each evening after we had eaten dinner and were seated by the campfire Uncle Cliff and my Dad were fond of quoting poetry. I still remember a few lines, including these:

We’re tenting tonight on the old campground,
Give us a song to cheer...

From the laughter which often followed the recital I realized that the adults were adding some silly lines. I certainly understood one of these: Please fetch me another beer!I laughed at their nonsense. I wonder now if this practice was a technique to make us sleepy. How lovely it was then to be worn out by words, lilting rhythms and laughter, then bundled up and carried to bed in the sweet-smelling tent.

For me memories are certainly made of this:

Here the stream is wide, its surface clear and shining. Dragonflies hover above a mirrored blue sky. White clouds are tinged with pink and the poplars are etched in brilliant green against the brown paddocks and blue sky. The child moves closer, looking for tadpoles in the shallows, stepping carefully through tall buttercups, watching out for snakes as she has been told to do. She sees that the tadpoles’ legs have grown since yesterday and that they now venture out on to muddy patches for seconds at a time before wiggling and splashing back into the familiar water. Fancy starting life under water, she is thinking, then having to learn to live differently on land moving first from the shallows to the mud, then up to drier land to join the frogs amongst the poplars roots. How much was she herself going to change, she wondered, when she grew up and left the places she knew.

Away to her left, her mother casts a line from the riverbank. She watches the line grow taut and the rod bends. Her Mum is smiling as she reels in a splashing trout. Further upstream her father is standing in the river near the bank where the boys sit. He is wearing tall waders. He calls softly ‘Nice one, Joan!’ Then adds: ‘It’s gone quiet here. I wonder if Cliff’s struck it lucky down there.’ The little girl knows that her Daddy already has five good-sized trout splashing in the hessian bag which floats beside him. She is pleased at the thought of fish for dinner, cooked over the campfire; a nice change, she thinks, from baked beans with camp pie.

Then Uncle Cliff comes into view, his light tenor voice reaches her before she sees him. He has fished the meander of the stream and is now taking a short cut back across the maize field to the billabong. He is singing that song again Now your days of … she always misses the next word, a long one. She watches, listens, enchanted.

Only later does the young girl, my six year old self, master the difficult missing word: ‘philandering’. I assume it’s a fishing term, that Uncle Cliff is singing something like: ‘Fishing’s over for the day, we’ve got enough trout for a good meal, I’ll get back to the camp now for a wash and a beer.’ I love this tune. It makes me feel happy. I begin to dance and hum as I collect wood for the campfire.

‘You like Mozart, do you, Jill?’ Uncle Cliff calls out to me. I look up. ‘Well, here’s another tune he used.’

Then to my surprise he begins to sing a ditty I know very well indeed. It’s ‘Twinkle, twinkle little star’ but with different words.

I join in with How I wonder what you are… and he nods and smiles. Up above the clouds so high, Like a diamond in the sky, Twinkle, twinkle little star, How I wonder… Then I look up as the first stars appear in the darkening sky of this summer evening.

It’s seventy plus years on; I’m tidying the newspapers in the living room, listening to the radio, when I hear the aria. It’s: Now your days of philandering are over in Italian. I walk to the radio to turn up the volume. Non più andrai farfallone amoroso, Notte e giorno d’intorno girando… sings the tenor. I begin to sing along, stumbling over the densely-packed syllables of the Italian words. Then smiling, I stare out of the window and remember…

Am I remembering going with Owen, my boyfriend, to see Don Giovanni in Melbourne, in 1956, the occasion being the first season of the newly-formed Australian Opera Company? No, not that.

Have I been taken back to 1998 when I was sitting in a box in the glorious opera house in Budapest with my husband, John, and our dear friends, Sue and Bill?

No, I’m thinking of dancing around a campfire beside the Timbarra River on a summer evening back in 1939, singing to Uncle Cliff who is bringing out his trout to show my mother, while above us, silently one by one, in the infinite meadows of heaven, blossomed the lovely stars, the forget-me-nots of angels.

*I dedicate this writing to Cliff Callinan, great friend of my parents and fellow engineer of my father at the State Electricity Commission of Victoria open cut brown coalmine in the La Trobe Valley during the 1930s and 1940s. And to the Ingram family at Timbarra upon whose dairy farm we camped during my childhood.

Other stories by Jill Maneschi 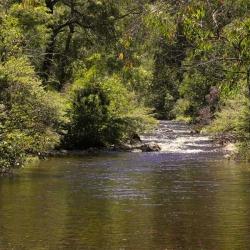