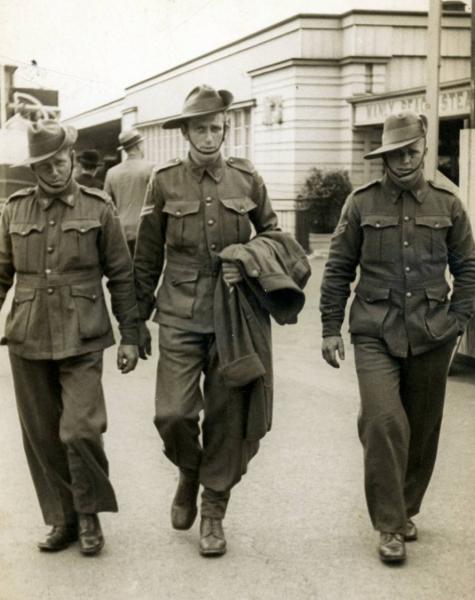 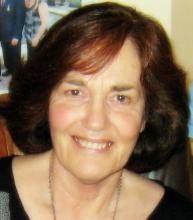 Mary Oakes was born in 1856 and was raised in the small country town of Murringo, near Young, in New South Wales. Her mother, Suzannah, died in 1873 when Mary was just 17. A year later Mary married John Coddington and they had two children; Susan and William. Sadly, after just four years of marriage, John died of a fever. In that same year, 1878, Mary’s father, George Oakes, also died. In anyone’s estimation, that’s already a lot of loss for a young woman. At that time, continuing on with two small children would have been a great challenge.

In 1880 Mary married James Taylor and over the following sixteen years eight more children came along; six sons and two daughters. By the time the eldest children began to marry, it was clear that James came and went from the family quite regularly. Perhaps for work, or perhaps he was one of those men who wandered and returned unreliably. From remarks on the wedding certificates, his whereabouts was often unknown to Mary.

After the death of their twelve year old son, David, in 1903, James was never heard of again. David died from Tetanus after an accident on their small farm in Murringo. In 1912, Mary’s eldest daughter, Susan, died in childbirth. So much loss and pain to bear without the comfort of a husband.

When war was declared in August, 1914, Mary had three of her boys at home; James (27 years old), a labourer, Frederick (21), a horse breaker, and Herbert (18). No doubt she relied heavily on them for support and survival on the farm as there were no other social supports for women. Charles (29) worked in a nearby village as a blacksmith. The two older sons, William and George, were married and had families of their own. No doubt the war seemed an exciting thing for the young. There was enormous pressure for men to go and fight for the empire. It was considered cowardly by many for young men not to go.

Frederick, aged 21, was the first of Mary’s sons to go. He enlisted on September 4th, within weeks of war being declared. At that stage there was speculation that it would all be over by Christmas. However, that was not to be the case. In January, 1915, Charles enlisted and in March James signed up. Most of the young men enlisting went to Egypt for some training, and also to become accustomed to the climate. There was also some fighting starting there against the Turks who were helping the Germans to take the Suez Canal. In August that year, Mary received a card from Charles, from Egypt, saying they were off to the front.

By the front, he meant Gallipoli, in Turkey, where the ANZACS had landed in April and were dug in on the sides of steep hills, held off by the Turks. All of these names and details must have been terrifying and mystifying to women like Mary, waiting at home, hoping and praying that the war would end soon and their boys would come home safely.

The reality was that many soldiers had already died as battle after battle raged in attempts to break through the Turks. It was here that the battles of Lone Pine and the Nek, sections of the Gallipoli peninsula, were fought and lost in August. Reports of the ANZACs’ bravery came home. The Australians were heroes, but they were dying at a rapid rate and being replaced by more soldiers day after day.

In September Mary received word from the War Office that Frederick had been injured at Gallipoli and hospitalised. That same month another telegram came, to say that Charles and James had gone missing in action between the 6th and 25th of August, one at Lone Pine, and one at Hill 60. Many soldiers’ bodies were identified and buried when their fellow soldiers had a chance to get out of the trenches and retrieve them. Many were not retrieved, not identifiable. For many months Mary did not know whether her two boys were dead, injured somewhere, or buried in mud.

In October, word came that Frederick was back in Egypt, hospitalised with fevers. There was still no news of Charles and James.

It was December 20th before the ANZACs were evacuated from Gallipoli, after 8 months in the trenches, in which they had taken virtually no ground. 90,000 were evacuated, all of whom would have seen and experienced unspeakable horror. Most were redeployed to the western front (France). The Australians lost 8,500 men. 19,000 were wounded. Mary’s three sons were among these casualties.

It was May, 1916 before Mary got word from the War Office that her two boys, James and Charles, could reasonably be presumed dead. About that time, she found out that Frederick was to be sent home and hospitalised in Australia with permanent damage to an arm. No doubt this was some relief for Mary’s agonising even though her grief for her two lost boys must have been devastating.

It’s hard to imagine what pain she then experienced to find that two of her other sons, George and Herbert, were about to enlist. George was 33, married with 2 small children. Whether he thought he was going to find his younger brothers, or to avenge them, or whether the pressure at home was so great, it’s hard to know, but he left his wife and children, took his youngest brother, Herbert, and off they went to war. Mary’s nephew, Arthur, son of her brother, also went with them.

These boys were sent to the Western front where the allies were trying to keep the Germans out of France. Arthur was killed in March 1917 in Villers Bretonneaux. Mary’s son, George, was injured in France and returned to England to repatriate. Herbert was also injured, taken to England for treatment and returned to the front. He was hospitalised in the field towards the end of the war and eventually the two boys returned to Australia in mid 1919. Both married and went on to have families of their own. I can only imagine their memories and nightmares as, along with thousands of other young men, they struggled to resume some kind of normal life.

It’s also hard to imagine the agony for Mary and her sister-in-law, Sarah Oakes. It was 1920 when both of these women received notification from the War Office, saying that in order to finalise their sons’ affairs and send home whatever belongings might have been found, plus their medals of service, their fathers’ names were required; fathers being considered the real next of kin. Both Mary’s and Sarah’s names were stated as next of kin on their sons’ enlistment papers, because at the time of enlistment, both fathers were absent.

Mary and Sarah sent word back to the War Office stating that they hadn’t seen their husbands for almost 20 years and they were in deed the next of kin to these boys. I still look at those hand-written letters, now filed away at the war office in the record of their sons, and I can still weep for those women and marvel at the fortitude which enabled them to survive their pain, a pain and sacrifice that is often forgotten as we remember the fallen of the war.

In 1921 Sarah received a victory medal for Arthur. In 1922 Mary received victory medals for both her boys and a letter to say that no final resting place could be found for Charles. She also received the personal effects that were found on the body of James; a fountain pen, match box, 2 books, a purse, a linen marking outfit and a razor strap.

Last year I attended a memorial service at Murringo (now called Marengo), to unveil a cenotaph honouring the Murringo boys who gave their lives. I couldn’t help but think of mothers like Mary and Sarah, and wish that their sacrifice and pain was also acknowledged and honoured.

Other stories by Carol Preston 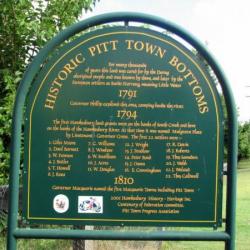 A story about surviving one of NSW's flooding rivers. 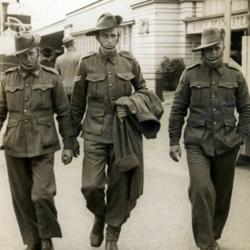