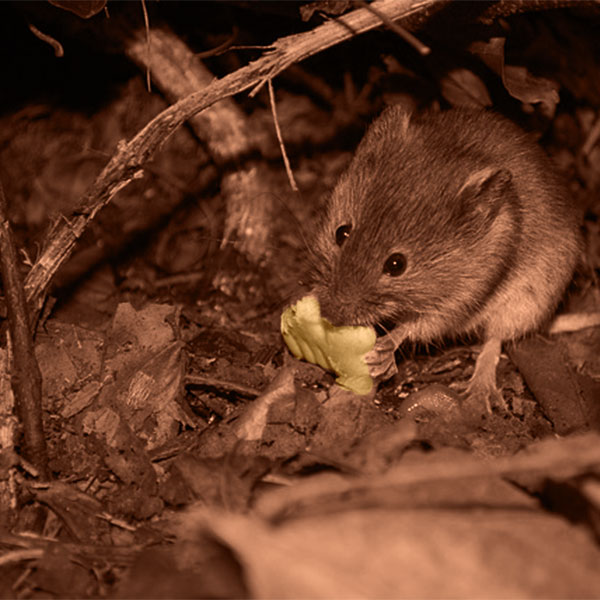 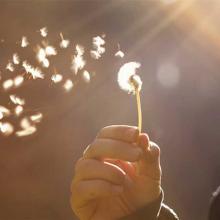 I have seen a plague of locusts
And I've seen a plague of grubs,
I've heard of flies and rabbit plagues
Men speak of, in pubs -
But none can beat the plague of mice
Back in nineteen-thirty-two,
They ate up everything in sight
Till there was nothing left to chew.

They came in countless millions,
None knew from whence they came,
They swept the mallee bare of food
Like grass before a flame.

They ravished all the haystacks
Till their destruction was complete
When all the wheat stacks at all the stations
Were just loose heaps of wheat.

They came into the houses,
And demanded to be fed,
They chewed holes in the mattress
And had young ones in the bed.
They stripped the paper from the walls
And chewed the flour to paste,
They were not fussy what they ate,
It seemed they had no taste.

They got into the wardrobes,
Chewed buttons off your clothes;
At night it wasn't safe to sleep,
They nibbled at your toes.
Their dirt got in the flour
In the sugar and the tea,
You didn't need your glasses -
It wasn't hard to see.

But if you ate a piece of cake
It always got underneath,
And it tasted something awful
When crushed between your teeth.
If you went into the chaff-shed
And forgot to tie your pants,
They'd up your legs like lightning
And made you jig and dance.

The girls were always frightened
If a mouse ran up their clothes,
In those days things were different
There were no panty-hose.
We slaughtered them in millions
We trapped them by the score,
But for every million that we killed
They bred two million more.

They had a batch of six or eight,
And sometimes even ten.
Before their eyes were open
They were on their way again.
We battled hard to save our seed,
To sow the next year's crop,
We made a stand of petrol drums,
With sleepers on the top.

Each night the varmits gathered
For the feast they were denied,
They couldn't climb the petrol drums,
No matter how hard they tried.
When the cropping season came around,
We gave them all a treat,
They followed up the combine
Dug up and ate the wheat.

Each night we closed the combine box
Tied down with a piece of chain,
If not they lifted up the lid
And devoured all the grain.
At last the winters set in,
White frost lay on the land,
The mice were starving hungry
Their end was close at hand.

They huddled up in clusters
For warmth on frosty nights,
They bit and scratched each other
And had some ding-dong fights.
Their hunger drove them frantic,
They turned cannibals at last,
They were eating one another,
Soon their region of glory past.

At last starvation took its toll,
Disease and famine too,
They disappeared just like they came,
From out of the blinkin' blue.

Depression
Mouse Plague
Mallee
up
387 users have voted, including you.

Other stories by Mr W McNee 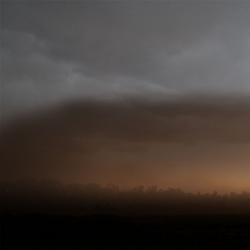 When the Ceiling Gave Way 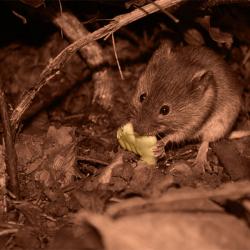 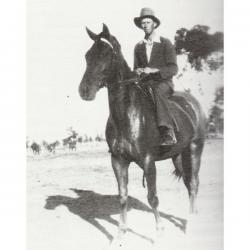 Ode to Their Memory