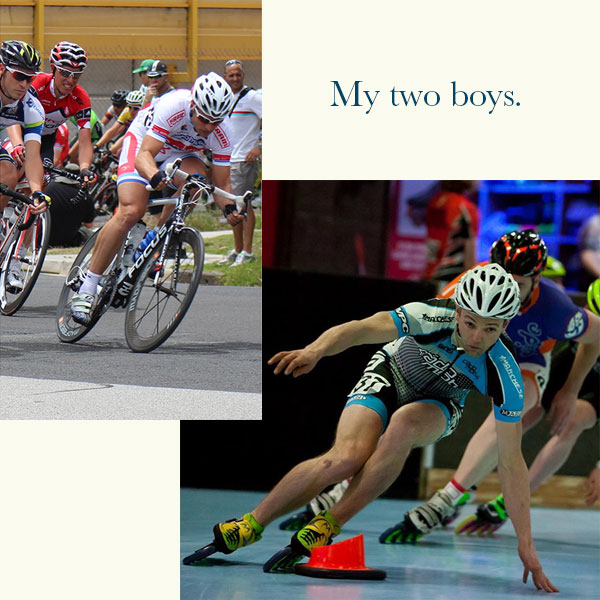 It was on one of these occasions a few years later that one of us suggested we all go roller skating at the local Rollerama skating rink. The kids thought that would be great fun, so off we went one Saturday morning. As soon as we all went inside we could tell that it was a happy place with a lively atmosphere, bright flashing lights and the DJ playing all the latest music from the charts of the day. As none of us had ever skated before and didn't have our own skates, we needed to hired them. Well, we all had a go with many slips and spills but we all had a great time.

So this became a regular Saturday outing for all of us, and we got to know other families doing the same thing. This routine went on for 18 months or so until, unfortunately for my two children, my first marriage came to an end, and so the next chapter of my life was about to begin.

Over the next two years the skating continued on and off as I would only see Justine and Duncan on a fortnightly basis. By this time I had become quite proficient at skating and would often go to the rink to skate and relax on a Sunday night after dropping the Justine and Duncan back at their mother’s after my weekend of fortnightly access. It was on one of these occasions I met Lynda; I was watching her skating around with one of her friends and though she looked a bit of all right, so I waited for the DJ to announce the “Couple’s Skate” and then asked her if she would like to join me, which she did. She had two of her four children with her, Anthony and Cathy, and they were skating around with Lynda's friend’s children.

We got on well together, going on a few dates and meeting at the skating rink with our children. As time went on it was obvious that we were suited to each other and the love affair blossomed. We became partners and then in 1986 we were married.

The skating continued; by now Anthony, Cathy, Justine and Duncan would all come skating with us on a Saturday morning and so the tradition continued. There came a time when Duncan and Anthony became quite proficient at speed skating to the point that they wanted lessons, and so started their speed skating careers. They were coached during the week, which brought out a bit of competition between them. As they became serious about speed skating they joined the skating club and began inter-club competitions, which involved indoor speed skating rinks and outdoor racing which was usually on a bitumen surface like a basketball court or car park.

After a few months, competitive skating became a thing in the past for Duncan, who instead took up cycling with his friend Aaron. Slowly but surely road racing on bikes became Duncan's sport to the point that he eventually became a professional cyclist, racing in the elite class and winning stages in races such as the Commonwealth Bank Series, the Herald Sun Tour, and the Tour down under here in Australia. He also travelled to Europe to race in their summer series for some seven years in a row, winning some major events such as the Tour of Valencia in 1996. He was also a team leader for the Tour de France in 1998 but unfortunately his team was dropped at the last minute.

Meanwhile, by the time Anthony was 14 or 15 he was winning quite a lot of events. Around this time the sport of speed skating was changing from quad skates (four wheels) to In Line (five wheels in line) but recently had gone to four in line. It was also becoming quite expensive as the boots had to be custom made out of Kevlar from a foot mould, and skaters needed several sets of wheels for road racing and track racing. Skating was taking up a lot of our time, what with training, being coached and attending race meetings on a fortnightly basis.

The speed skating club at this time was being run by a guy that I felt was very much biased towards certain members of the club. I thought that the club was going backwards with him at the helm so at a club meeting I put my name in to be the speed rep - that's the person that represents the club and attends AFRS (Australian Federation of Roller Skating) now known as "Skate Australia" meetings. So my job would be to organize the boys and girls for race meetings and signs up new recruits. At that meeting I was duly elected, and so became the new speed rep for the club.

It takes a lot to run a race meeting - you need officials such as time keepers, corner judges, race starters, lap counters and people to record the outcome of each event. The whole event would take up the best part of the day and some of the events were as far away as Albury or Geelong. As usual in these amateur sports, it's always hard to find people to fill these positions, so I decided it was my turn to have a go at being an official. After attending some classes, I became an accredited race official, so now I was not only running the speed club but was also helping to run the race meetings.

Over the years Anthony moved up through the age groups from juvenile, junior, advanced and finally seniors, attending Victorian and Australian Championships in all age groups, which meant flying to Perth or driving to South Australia, NSW, and QLD and Canberra. Anthony eventually went on to the Asia Pacific Games and to Japan in 2000 to compete in the first-ever 100km race. He also travelled to Italy in 2001 to compete in the World Championships, after which he was ranked 3rd in Australia and 15th in the world at the age of 25.

When my boys got their driver’s licences they were able to get around to their various events in their own set of wheels, giving Lynda and myself more time to ourselves, but skating certainly wasn't over for me as by now I knew a lot of the staff at the skating rink and they asked me to become a Floor Guard on Friday and Saturday nights – the person who keeps the skaters in control on the floor. I kept this up for some three years, as it was good fun getting to know some of the regulars as well as a bit of extra income and exercise.

So there you have it. My family have come a long way on their wheels. Not only did the boys keep extremely fit, they were kept off the streets and out of trouble like some boys tend to do. And they have mixed with their fellow competitors, making lifelong friendships along the way both in skating and cycling.

During Anthony's time in skating he met up with Catherine, who was also an extremely accomplished in line speed skater and guess what? Another marriage created out of skating. So now we are grandparents to Zoe, and a new generation of skaters which may have started all over again.

Other stories by Noel Smith 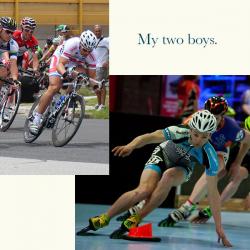