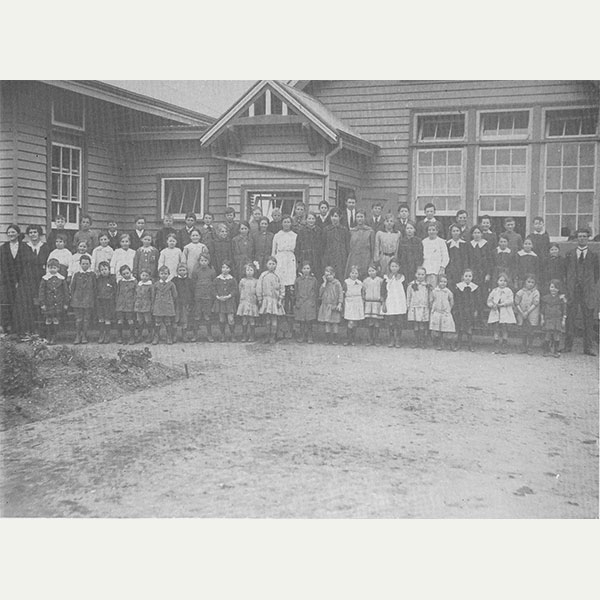 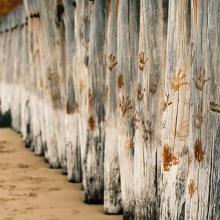 The day was just Election Day - within the same old walls,
Wherein I sat in school day years - again I heard the calls.
The bird notes seemed to be the same - 'een silence seemed to speak;
The murmuring stream, still murmured low, a-lazing down the creek.

Today those walls were memories walls, where Fate had clearly writ
The names of those who sat with me - boys and girls of grit -
Who trudged to school in early years - thro ' bush and dew-wet grass;
I see them 'neath the bridge of years - each one a giant - pass,
Way out and up the Hill of Time - to mello - trouble - strife
Remove a thorn and plant a rose - along the Road to Life.

I seem to hear the school-bell ring - back across the years;
The master's voice occurs to me - his pleasant face appears;
The sighing breeze - the rustling trees - the primrose on the hill
Are as they were in those dear days - yet time has not been still;
I know The Reaper's been at work - and many mates are gone;
Some lay, afar, in foreign fields - and some beyond the Swan;
And some have trod the land of fame - some ravaged on the rocks,
Or blazed the track, as pioneers - on distant Mallee blocks.

It seems as if the Hand of Fate - has made the pleasure mine,
To sit and ponder on the past - with one old school-mate dine,
And be the added instrument - to bring the memory back
Of many starters in the race - o'er life's uncertain track;
And gazing on the Honour Roll- that hangs against the wall,
Those promises of later years - actions my memory fall,
Will the people place in power the men to keep their promise true.
For the sake of those, who "paid the price" - give loving ones their due.

The day was just Election Day - the school-room old and shoddy;
Old mates adorned again my mind - as the soul adorns the body.

Though some are here, and others there - and some beyond earth 's ken,
They all were here this morning - girls, women and boys-men.

School
Memories
up
360 users have voted.

Other stories by Tom Murphy