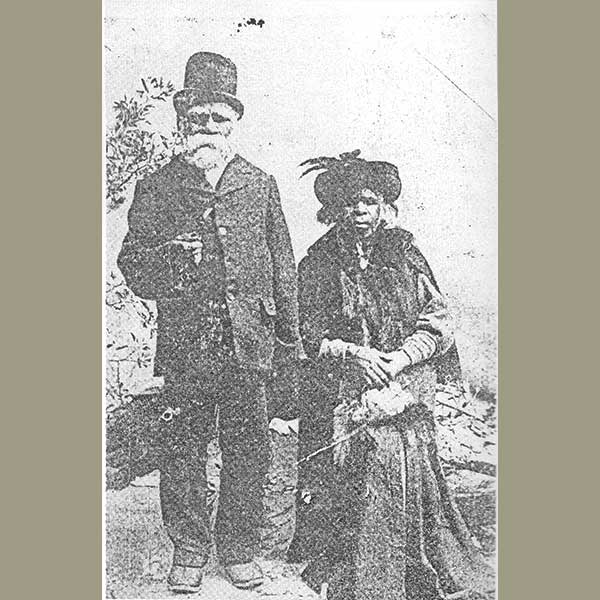 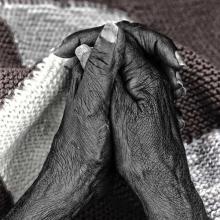 Mrs Aggie Stewart was one of the most respected women to have carried the name of the Aboriginal race into our history books. She was the daughter of Jim & Sarah Crow of the Watti Watti tribe. Aggie was an only child, and she had very few playmates due to the rapid decline in the population in the area.

Aggie led a traditional life-style, which was only slightly affected by European settlement in her later years.

Fortunately for the Aboriginal people today, she passed some of her oral history on to a well known member of the Swan Hill community, Mr Frank Stewart. Mr Stewart spent much of his school holidays with Aggie, after she married Harry Edwards. Harry was a member of the neighbouring Muti-Muti tribe. Aggie was in her early teens when the marriage took place, but Harry was many years her senior.

Aggie changed her name to "Queen Aggie" after the turn of the century - it is believed that her title of Queen was added at the time of her official presentation to the State Governor at the opening of the local show.

In November 1928, Aggie passed away at the age of 55. She was buried in the Swan Hill Cemetery, and a special tombstone was erected in her memory. 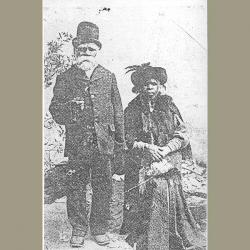