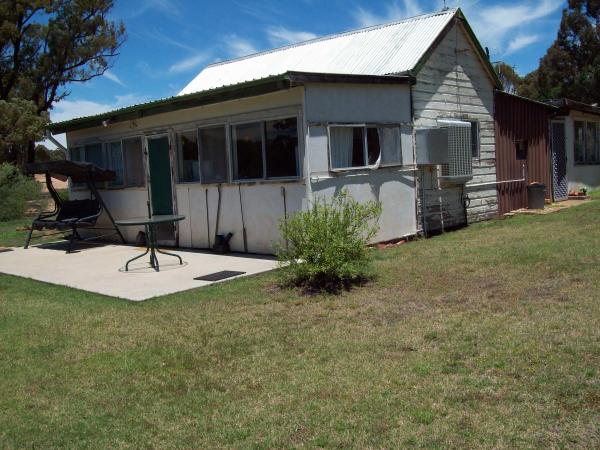 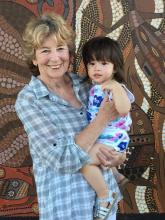 Putting out the rubbish always reminds me of the farm at ‘Spring Creek’. If Pop was here now, he’d say, ‘Give it to Rocky. He’ll eat it all up.’ It was a family joke. Nan had read somewhere that goats ate rubbish and was convinced they ate tin cans and all kinds of junk. There was a song she knew called ‘Paddy McGinty’s Goat’, about a goat that swallowed sticks of dynamite and matches and blew himself to pieces. It also chewed up all the washing on the line. Nan reckoned they wouldn’t have made up a song like that, unless it was a known fact that goats ate everything.
Pop said that rubbish meant weeds and bushes that sheep and cows wouldn’t have a bar of. But Nan was sure she was right. There was no garbage collection out of town and she liked the idea of an animal that gave milk as well as getting rid of the garbage … so that’s how Rocky came to live with us.

Round about that time there was a movie about a boxer named Rocky and that’s how our goat, Rocky got his name. How a goat from the Himalayas got to Australia we had no idea. Perhaps he escaped from the Dubbo Zoo. But however he got there we didn’t care. We were just glad he found us. We loved Rocky right from the start. He’d take us for rides on his back but if any strange kids tried…he’d buck them off quick as a flash. We loved it when new kids came to visit. We’d ride Rocky around showing how gentle he was and in no time at all they would be begging to have a go. When they went screaming and yelling to their parents after being thrown off, we would act all innocent and say we’d told them not to but they wouldn’t listen.

Nan was pretty cheesed off that Rocky wouldn’t do the job he was bought for … like eating tin cans. It seemed the only things he would eat, were those he shouldn’t. Like Nan’s prize roses. And given the chance he’d be in the vegie garden like a shot and eat everything in sight. One of the funniest times was when he climbed into the boot of Aunty Bev’s car and tucked into the chocolate cake she had brought for afternoon tea. It was hilarious. She tried to get him out by bashing him with a broom but he refused to budge until he’d polished off the whole lot. We were all rolling around with laughter but Aunty Bev was furious!

Nan only started to like Rocky when he learned to tap dance. It was strange how it all came about. There were no mountains to climb and not many big rocks on the farm, so Rocky’s hoofs became soft and started to crack and bleed. Pop reckoned he should be shod, but there weren’t any horse shoes small enough. Nan came up with a bright idea. She dug out a pair of her old dancing shoes and suggested Pop use the taps instead.

I think they must have been magic taps! From then on Rocky tap-danced everywhere and anywhere. Pop was mad as hell when he found Rocky tap-dancing on the Merc. There were dints all over the bonnet and the roof. I really thought Rocky would cop it that time, but we hid him down the back until Pop got over it. It was only an old Merc. anyway, and Pop had already had it smashed into by one of those railway trolleys. The railway people tried to say it was Pop’s fault as he hadn’t stopped in time when they went through the crossing. He wouldn’t pay the fine and proved it was their fault anyway, but nobody seemed to want to pay to get the Merc repaired, so it never was.

Nan tried to teach Rocky all the tap-dancing steps she knew. She’d once been in a dancing troupe called ‘The Dubbo Tappers’ and performed at the Dubbo RSL Club with a singer called Jimmy Little. Apparently he was famous for a song about ‘telephoning Jesus’, which doesn’t seem to fit in too much with tap-dancing. Nan has a video of the whole concert and often replays it so she can remember her brief days of glory on the stage. She even made Rocky watch it and tied him up in front of the TV so he couldn’t escape. She fed him popcorn so I don’t think he minded too much.

Not long after that, Pop had to sell the farm. All the horses and animals were sold off – even Rocky. He was sold to a circus and became a big star, according to Pop. Whenever a circus came to town we would rush down to the showground, hoping he’d be there. But he never was. I think we all knew in our hearts that he was gone for good (out with the rubbish?) but it was better to believe he’d joined the Moscow Circus and was travelling the world as its star attraction. I bet the Russian kids loved him, just like we did.
** ** ** 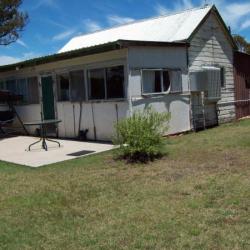 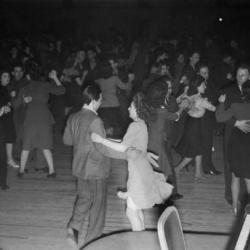