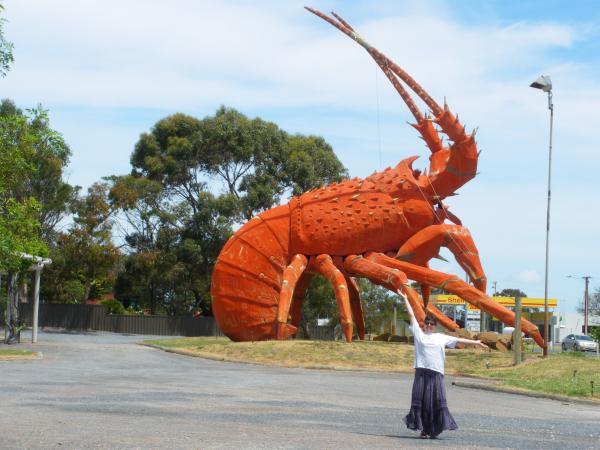 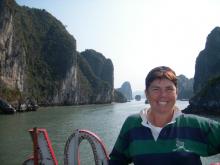 We live in Birdsville! Not the middle of the desert, picnic races, Birdsville track one but the outer limits of Murray Bridge, housing commission, thong wearing, wild turkey swilling kind. I really didn’t know what I was getting us into when I decided to buy it and now that I do everyday is a magical mystery tour into the life and times of the average bogan.

My husband and I moved to South Australia for his job and after we took the hour or so to look at the churches, I worked for the wine industry for a year or so, we moved around a bit to sample the natives (they taste great with just a little garlic) and came to the same conclusion as Angry Sackboy; that there really is something wrong with this state!

I do have to disagree with the statement that we're just a dead canoeist away from Deliverance......we're way past those pig snogging inbreds. How? Well, have you heard of the Snowtown situation that we had going on here a while back and the fact that per capita SA (I'm certain that this is a point of pride way down in the deep dark heart of native South Australians everywhere) have the most serial killers per capita than any other place in the world. We're just getting started. Not only are we the only people in our street to own a car worth more than our TV, which is hard since good old Kevy 07 gives money to anyone he can for doing what comes naturally or under the guise of a depression retardant. But we also seem to be the only people on our side of town who know that it's NOT normal to live on your front lawn, name your children after brands of booze or making a large part of a Friday night hanging out at the local servo/shopping mall.

In the course of my very short life I have lived in a number of very dodgy areas across the world and would like to think that at no point during my stay in any of them was I ever in the least bit of danger. When I first got to Edinburgh and decided to move out of the rat infested hostel I was forced to call home, which happened after I woke up to find a rat as big as a month old puppy staring me in the face, I moved down into the harbour area into a really dodgy boarding house. At any given time of the day or night we had drugs being dealt out of the stairwells and prostitutes on our corner. But they were nice girls, so were the drug dealers for that matter and so we all lived in our abject poverty together.

Our first night here someone thought they’d like to have a look around for themselves and tried to break into our backyard and then into our house. Luckily we hadn’t fed the dog yet and being partial to a bit of fresh meat she had a good chew on someones’ backside. We didn’t fare quite so well at the other house as someone did break in and stole our telescope and some Christmas lights. Granted they walked straight past the lap tops, various small electrical equipment and decided that the telescope was the way to go, but each to his own I suppose.

The people in our street are an eclectic bunch of socio-economic genres who seem to, for the most part, live together without pissing each other off too much which is a good start. I came home from the DIY store the other morning in preparation of the project I had set myself for the day in the front yard when six police cars, a SWAT truck and a paddy wagon flew up our street, stopped outside our house, jumped out of their cars and ran across the road into the house 6 doors up. There was a bit of chaos and then four young men walked back across the road with the police, got into their cars and drove quietly away. I found out later the next day that the gang of bank/TAB etc robbers that had been holding SA ransom for the past four months lived just up the street and had seemed like quite a nice lot of young men. Very well dressed, but nice just the same, now we have a pretty good idea why.

We also have two or three drug dealers that zoom around on motorized pushbikes at all times of the day and night. When we first moved there was only one on a regular bike but then business must have been booming and he phoned a friend so now there are two. The financial crisis definitely hasn’t hit that part of Murray Bridge as they go backwards and forwards 24/7.

We decided to really class it up the other day and go to KFC for dinner to use up a free voucher we had found. Enroute to the KFC there were gangs of youths smoking, underage drinking and just being a public nuisance, however the police being what they are bypassed the troubled youth of today and pulled over a car load of old age pensioners. As we were on foot we stood off to one side to have a bit of a sticky beak and as truthfully as I’m sitting here writing this all six of the pensioners, men and women, were arrested, bundled into the back of the paddy wagon and the car seized and towed away. After a fairly lengthy discussion on the possible eventualities of the pensioners, we were still in a state of shock over our bank robber neighbours, there was nothing on the news and all we can think of is that all the food stamps were returned and that was that. It only worries me a little bit that they too, were apprehended in our street. I do think that the powers that be in the government here really are narrow minded pinheads who seem to have arrived early, worked hard to make everything complicated for everyone and then forgotten to have the good grace to leave.

To sum up, no there's not a whole lot to do here and trust me when I tell you that we can't live here either with the cost of living and the 1980's wages they try to pass of as normal. We're against creeping conservatism as well and just as soon as we can we'll be voting with our feet and leaving but until then and with that thought in mind we headed into the unknown jungles of Vietnam and India. I can’t wait.

Other stories by Teresse Birkett 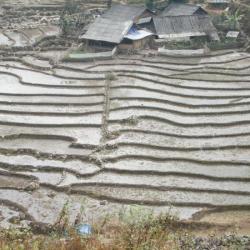 Toilet tips to get you through your first trip to China 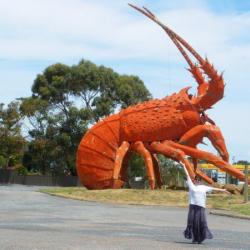