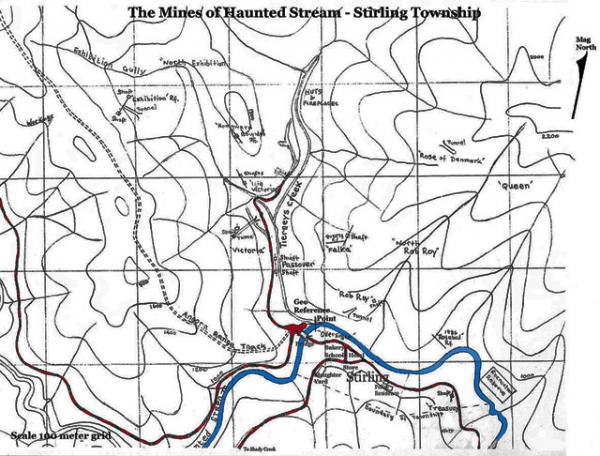 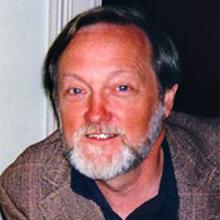 In the 1850’s people flooded into Australia from all parts of the globe to seek their fortunes in gold. When I came to the land of Oz with my wife Sheila in the early sixties, it was not the lure of gold nor prospecting for work that enticed me to these shores. It was the dream of open spaces, of unspoiled land and the pioneering days of bushrangers that sparked my imagination. It was the challenge of a new world.

This story is set in East Gippsland, Victoria, a location that had a rich history in gold mining. Over the best part of 30 years I lived in Victoria with the family and spent weeks camping in the ancient ruins of mining ventures, investigating tunnels, digging among the forlorn remains of buildings abandoned as the mineral pickings tailed off. I enjoyed the library research in the Mines Department fossicking through records, copying the plans and maps of the mining sites. In particular I became fascinated with an old mining township called Stirling on Haunted Stream that flowed into the Tambo River. It was a township that developed in 1860 to 1920 and at its height had a population of several thousand people. It sported a Tavern and Hotel, a Police Lockup, a school, a slaughter yard and sports ground and artisans to serve the populace of a small town. This old township is about 30 kilometre’s off the present Alpine Highway leading to Omeo.

My interest in Haunted Stream as an antiquity extended into the geology since the whole region of East Gippsland had a very diverse mineralogy. Apart from gold there had been mining ventures in Iron, lead, silver, wolfram, tin, barium and marble that extended to recent times. The landscape today is changed in such a way to make it unrecognizable from what it was in the 1870’s. The Tambo River flowed through Mossiface where gold seekers set off to Omeo via Haunted Stream. Prospectors would rest in a camp beside the river before journeying on the long mountainous, heavily forested trek north. This tale began with an idea to trace the Old Omeo Coach Road that began in Bruthen, follows the mountain ridges and joined Doctors Flat on the now, new Alpine Highway.

The Sunday morning in winter had a light blue sky with a touch of mist left over from the night frost. This was a day to stretch the legs and mind, to go beyond the usual and explore the unknown. I had never been along the Old Omeo Coach Road that led through to Haunted Stream. It had always been on the agenda more particularly because it crossed Shady Creek, a valley running parallel and south of Stirling. Gold had been discovered there on the mountain side so presumably could be in the creek bed. We thought to make a short exploratory jaunt to test the terrain. If all went to plan it would only take an hour to get to Shady Creek, then time for a picnic, a walk about in the bush along the creek and then back for dinner before the night closed in. It shouldn’t be a difficult track, I knew the condition of these roads and didn’t expect any rough travel. I didn’t feel the need for the Nissan four- wheel drive, something leisurely, like the Toyota Corolla seemed a comfortable choice. So with Sheila, Edward the Airedale, a picnic lunch, a flask of coffee and the ordinance survey map we started out for an afternoon adventure.

Many of the dirt roads in the district were well maintained since the logging industry was very active. We followed Engineers road north-west until the turn off at Navigation Road took us north. Somewhere along this track is a turnoff to Shady Creek, the Old Omeo Coach Road and is infrequently used and certainly not maintained. It simply is a cutting along the mountain ranges with the natural geology forming the roadway. The area in archaic times had been under the ocean with deposits of sand and fine silty mud. When mountains formed and the ground uplifted, this silt had undergone heat to metamorphose into flat plates of crumbling shale. So the track surface varied from large flat rocks in patches and broken down shale in hollows. Needless to say the vegetation on the slopes would not hold large trees for long and only sparse grass made the scenery one of a chaos of broken down trees.

As we slowly made our way to Shady creek with a watchful eye on the ordinance survey map it was apparent we were steadily descending along the side of mountains. It was now about 2:00 p.m. and the track became obviously steeper. I could see from the map there was not far to go, so rather than risk getting to the creek and finding it difficult to turn the car around. I chose to stop the car and explore on foot. This was a good time to stretch the legs and give Edward a run. The sky was a clear blue and with the sun still up, it was not cold. The walk down hill was shorter than I imagined and we were confronted with about two feet of crystal clear water running over polished rocks. The sides of the gully rose steeply around us casting shadows over the water. We had found Shady Creek but whether there was gold among the rocks was another matter for another day.

There didn’t seem to be any continuation of the road on the other side of the creek, but it was in shadow and we were not prepared to get wet to investigate at this time. After this preliminary exploration we went back to the car for sandwiches and coffee while Edward continued to examine the prospects of a live chase. After our refreshments it was getting on to three o’clock and it was time to venture home again. The car appeared to be on a steeper slope than I intended so we thought a simple reverse with me giving an assisting push from the front should get her back up the slope.

Then trouble clawed its way into our pleasant jaunt as Sheila put the car into reverse gear and slowly let out the clutch. It moved about two meters back then came to an abrupt halt with spinning wheels. The left back wheel had dropped into a join between rocks. I jacked up the wheel and packed up the rut with branches then tried again. This time both back wheels spun on the mudstone rocks and no headway was made. Okay then, plan B. I hitched a tow rope with a lever pulley system to a tree on the uphill side of the track and started to winch the car backwards –“@$#*%*, the car moved back out of the rut but the front wheels swivelled off to the downhill side of the track. Now the car was at a steeper incline than it was before. After much huffing and puffing it was clear that any further attempts at getting the car on a level surface was doomed for failure. It was now four o’clock and the night gloom was about to descend; there was only one solution, get back home and bring the four-wheel drive out to retrieve the car.

Assessing our location on the map indicated that it was about 25 km to get back onto Navigation Road and since there would be no hope of traffic in that direction the alternative was to trek bush along the creek to join the Alpine Highway. Line of sight was about five km and perhaps we could be out by nightfall. Our usable possessions for the trek, was meagre and certainly not equipped for bushwalking. Mobile phones were not available in those days, but even if they were it would be unlikely to have a signal. We had no torch, no matches, no cooking utensils, no food and only a machete, a groundsheet and a thermos flask. We started off keeping the trickling sound of the creek to our left and followed the contour of the hills and made good progress. We had been walking for two hours when darkness began to descend on the valley. There had been no clouds in the sky so had expected to have some vision from the moonlight – it was not to be. There was no moon and the winter mist in the air obscured the stars, the night was pitch black and we couldn’t see even an extended hand. We walked on like blind men, hands on shoulder stumbling into downed branches and into pit holes left by trees fallen from the roots. It was Edward who indicated enough was enough; he just sat down and refused to budge further. However, his idea of a good camping spot had obviously not been considered. The ground sloped steeply and consisted of loose shale so any idea of lying down on the ground could well have ended all of us rolling down the hill into the creek.

There was little alternative, a ledge had to be dug into the loose ground in total darkness and with this intent the machete made an improvised shovel. Having constructed a shelf we felt around on hands and knees to collect tufts of grass to cushion the projecting rocks on the seat. Sitting side by side, Edward sought the comfort of lying across our knees and promptly fell asleep. Surprisingly, we too slept soundly with our Edward blanket until the stirring of daylight at about 5 o’clock – it was Monday morning and only water for breakfast. We knew Edward had found breakfast after he flew into the bush and returned with feathers around his mouth.

We continued to follow the rippling sound of the creek on our left but with daylight it was now possible to identify our progress on the ordinance survey map. So near, yet so far. The tortuous trek estimated to take a few hours walk took no account of rising hills and dipping valleys. Nor did it account for the twisting and turning river. When valleys aligned to form a transit from our location and the road we could hear the sound of cars running the highway. On running out of water we followed a gully down to the creek to replenish the thermos flask and discovered an old leather boot near a river diversion to sluice for gold. Obviously a place to explore at some other time.

It took us all day before finally crawling over the guardrails and onto the road at 4:00 pm, tired and forlorn. It was little wonder that hitching a 40 mile ride back to town proved difficult. Who would pick up two bedraggled people, one carrying a machete the other, with a big dog on a lead. Eventually, a utility farming truck stopped and we most gratefully accepted a lift home. But it was not the end of the drama. On arrival home a Police car was in the driveway preparing to start a search for two missing people who they thought may have had a suicide pact in mind.

The following day I took the four-wheel drive to collect the abandoned car. There were lessons to learn from this adventure; no matter how experienced, human judgement of circumstances cannot encompass all eventualities; small errors have a habit of becoming big ones – so always be prepared.

Other stories by Gordon Rowland 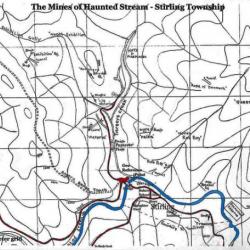