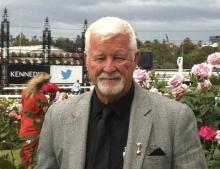 
Don Tate is the eldest of eight children of William and Gladys Tate of Brisbane, Queensland. After. stint in the Queensland Public Service he volunteered for the Australian Army, then volunteered for service in the Vietnam War as an infantryman. After serving in four units within eight months he was wounded in action with the 9th Battalion assaulting a bunker complex on July 19th 1969. He was subsequently hospitalised for more than two years, and permanently disabled. He graduated as a high school English and History teacher in 1969, and taught for thirteen years before being medically retired. He is the author of a best-selling memoir, 'The War Within', an allegory, 'In God's Garden', an historical work- 'Anzacs Betrayed', and a critical examination of events from the Vietnam Wear- 'Crucible: The Australians in Action in Vietnam'.