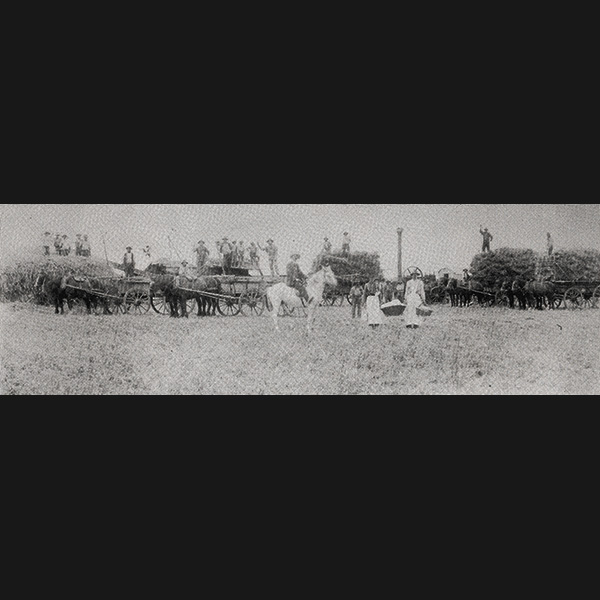 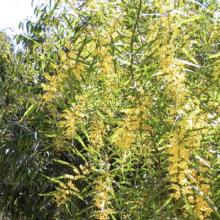 In 1914 Dad bought a new "Essex 4" motor car. And he was one of the first farmers to have a tractor - the steel wheeled variety; Fordson, and other makes later. Fuel was cheap in those days, and came in wooden boxes, two in a box 1/3d a tin. These boxes had various uses for furniture - three boxes nailed together made a window seat for bedrooms, covered with cretonne. The tins were used for milk buckets, with a handle added at the top. Necessity is the mother of invention! Wheat was carted by wagons, before the motor trucks came.

Bags came in bales from India. They were cut open from the hoop irons holding them together, and spread out in the sun. These bales were around 5 pounds each, and were 300 bags per bale. Each bag held 3 bushels of wheat when filled; they were then "dumped" and sewn across the top using a bag needle and sewing twine. The bags were loaded by a bag loader, pulled by a horse. The loader pitched the bag up on the wagon. I often led the horse in the loader for my father to load his load ready for the morning's trip to Ultima. You had to pull the horse to a certain spot, because if it went too far, it would pitch the bag right off the wagon onto the ground, the other side.

Dad had a team of bullocks and for years he carted wheat with the bullock team. One load a day - he would leave in the dark in the morning to get in on time to the wheat stacks. Now it's several loads a day by semi-trucks, and all handled in bulk. A lot of hard work has gone, and things are done in half the time.

Telephone lines were put in the district in 1922-23. It was a wonderful invention. They were called party lines, and all were connected to a board at the Post Office. Girls worked these switchboards, and when you rang and gave your number, they would then connect you with who you required to talk. There were about 6 people to a line. Storms often blew trees down on the line and you would be cut off until the land was cleared and fixed up again.

Later in the 1920's and until the 1939 war, the Better Farming Train made regular trips to Ultima. This train consisted of about 15 carriages and it was well set up. Demonstrations were given to all who had farming interests - preserving fruit, sewing and other interests for women, with different interests for men. It was well patronised, the whole district used to turn out for the visit, which lasted about a week, before it moved onto another town.

During the Depression years we milked by hand, 6 to 18 cows daily; separating the milk and taking cream weekly to the train on Sundays. We would leave 5 gallon cans of cream on the Railway Station, and the train would come down the line from further north and pick them up about 2.00am. We would leave the weigh-bill under the top of the can for despatch to either Boort, Bendigo or Pyramid Hill Butter Factory. The roads were only dirt and in winter time the horses in buggies would almost bog as they struggled through the mud. Eggs were packed in kerosene boxes with chaff, 25 doz to a box, and sent by train as well. The proceeds of cream and eggs helped to pay the store accounts through the depression years.

The farms had no electricity until 1964. In the 1950's we had a lighting plant with a set of six wet batteries, this gave light with was an improvement on the kerosene light and lanterns used until this form of lighting cam along.

The Blind concert used to come yearly to Ultima School. Children got free tickets for selling the tickets ahead, all ready for the night. They always raffled a mat at each concert and sold tickets for it at the door. Nulty's pictures were shown regularly at the Hall. Everyone looked forward to those nights of entertainment. Once the TV came into being, the pictures didn't last long.

In 1937 we bought our first good wireless set, a Phillips, which we paid off at 1 pound per month. Sometime it was a struggle to even get the money ready on time.

There was a bad grasshopper plague in 1935. They ate all the tomato plants off before Christmas. They ate everything green in sight. Up on the vineyards north of Swan Hill, they poisoned the hoppers, and they were inches thick, dead beneath the vines. There were no sprays available in those days.

The Dairy Inspector used to make regular visits to all farms selling cream, and we all had to be licenced. The Dog Inspector also used to call yearly and collect fees for dogs. He used to travel by horse and gig. Some Inspectors were friendly and used to come in for a cup of tea and be satisfied if a farmer paid for two dogs. The next man was very strict and not friendly, and was not liked either. Farmers who were hard up had to pay for every dog on the premises. To the 1990's at least, the dog fees were forwarded with their yearly rate notices.

In 1920 wages were not like they are today. My father had about four men working clearing time; he rolled it, then when it died later and was safe, till it was burnt. It took a long time before the land was ready to be ploughed and down down. The Depression began in the late 1920's. In 1932 men were walking the roads near our farm, stopping to get some food. Things got so bad one man who Dad had working, begged to stay on and work for 10 shillings per week, or a plug of tobacco, because he had nowhere to go. It was terrible times. There was no money available anywhere.

They talk Depression now - it's not a patch on my memories of the 1930's. It sure has a long way to go to reach that state.

My father was a good man at attending sick horses and cows. He was called out at all hours of the night at times to save a cow in calving difficulties. He saved many horses that had been cut by barb wire in thunderstorms. The chemist in Swan Hill always gave Dad advice and medicines for horses and cattle to help Dad.

He also shod horses and cut gig wheels and welded them just like it was done in the blacksmith shops. I used to pump the bellows, to help get the irons red hot to weld them. Dad used to weld binders, strippers and ploughs as well. 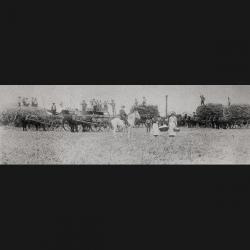 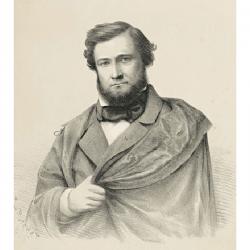