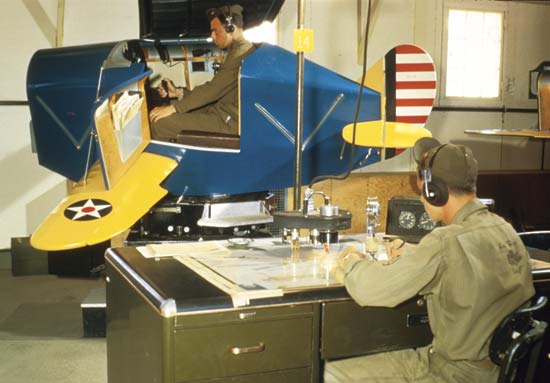 My father Allan was the local Law 1st Constable Allan Nicholas, he never liked to stay in one place too long and four years was one of the longer stays in any one place, this allowed me to form a good number of friendships over those years of grades three to six at Ultima Primary School and my first year of Secondary at Swan Hill Technical School. But this story is not of my schoolmates and me but of the local Holden Dealership owner, Clem Baldwin and myself.

Now Clem and my dad had formed a very good friendship in the short time we had been in Ultima and this was fine with me because as a young bloke I had this hankering to find out how things worked and so any chance to be around a workshop suited me down to the ground. It used to amaze my dad in that I was the one out of his five boys who could pull apart any of my mechanical and battery operated toys and put them back together again and have them work fully after I had figured out how they worked for myself and did what they did.

Clem had, aside from the local Holden garage, a number of other buildings around the town and one of those was what I would describe as a disused Black Smiths shop.

The house we lived in was attached to the Police Station, Office and Court House all under the one roof, in fact, it had been a local bank building with a residence and that lent itself perfectly to being converted to use as a Police Station. The Banking Chambers filled with long heavy wooden turned leg tables with leather inserted in the tops, a witness stand that resembled a preacher’s pulpit and of course, the Judge's bench and other typical courthouse furniture. The old manager’s office which held the Bank Vault was now the Police Office. These were great places to play as kids and in fact we used the long tables in the courtroom to build rubber-band-powered model aeroplanes as they were so long and flat and perfect for building wings on - and keeping them straight.

The old Black Smiths shop was opposite the police house on the side street, a big old shed with a raised centre roof section, a bit like the old barn buildings or stables. It seemed that it was rarely visited by Clem or anyone else for that matter, and the large heavy central doors chained and locked hung sadly from years of use, but little used now, and the deep grooves in the dirt from where the doors dragged caused them not to close squarely. This was a little boy's dream and an invitation to go exploring. As dad and Clem were good friends I didn’t think he’d mind me having a look around. Upon entering the dark and dusty old shed I found it wall to wall with what today would be described as a collector’s paradise. I guess what stood out in my mind and still does to this day over fifty years later was the Black Smiths tools, the large bellows for the furnace and numerous other old tools rusting and destined never to be used again.

There was one other thing, under a heavy and very dusty old tarp a shape that would catch the eye of any young model aeroplane builder. Peeling back the tarp I found what appeared to be a little aeroplane with no wings or propeller or even any wheels. This tiny aeroplane sat atop what looked like a turn table and what made it even more interesting was the fact that all the windows were blacked out so when sitting inside with the hatch closed it would have been totally dark. What I had found was as I now know, a Link Trainer, a world war two version of a flight simulator for instrument flying training. These were produced in the USA between the early 1930’s and the early 1950’s and quite a number of them still exist in working condition and others in museums amongst the allied nations who used them to train their pilots.

Anyway, getting back to my story, It would seem coincidental that the day this little aeroplane was to be moved, the one that had given this little boy so many dreams of flying, saw me standing in our side gateway watching the preparations. Clem opened those big old shed doors and with an old tractor, that I think wasn’t registered, pull this little plane out on a sled onto the road. Noticing me standing watching he gestured for to come nearer and he said, What are you doing for the next ten minutes? To which I replied, Nothing. Well, he said, Hop up here and drive this up to my place.

Now keeping in mind, I think at the time I was probably ten or maybe eleven years old, I was the local policeman’s son, the tractor wasn’t registered and he’d just asked me to drive the tractor from beside the police station in the middle of town half the length of the main street with this little aeroplane in tow on a sled of sorts and I’d never driven a tractor.

After pointing a couple of these things out to Clem, mainly that I hadn’t driven a tractor before, and never mind that, but what about dad, you know, the local Policeman? Clem replied with a chuckle, That’s OK, the local copper is a good mate of mine. He said, Climb up here, I’ll set you going and all you have to do is steer it, at which point I said, But how do I stop it? His reply was, Don’t worry, I’ll meet you at the other end and stop it for you. So off we go at a slow walking pace and Clem saying,You’ll be fine.

Most of the road to Clem’s place was dirt but even on the bitumen the sled left a very noticeable trail with me sitting up there with the biggest grin on my face thinking this was great but all the same my little plane was going somewhere with my help of course and I was not happy about that. I think it must have been the best part of a kilometre or more to Clem’s place or at least it seemed that far anyway. Good to his word, Clem met me at the other end and all was well. I had wondered why there wasn’t any traffic around but it was a Saturday afternoon and most of the town was at the football, I think.

Dad never did say much to me about it but I think he may have had words with Clem, but as noted they were good friends so all was well. I found out at a later date that I think the little Link Trainer had been donated to the Swan Hill Aero Club.

The love of aviation never left me and as I got a little older and over many years of flying radio controlled models, flying with friends in light aircraft and gliders I’d always told myself it was too expensive to get my Pilots license. I was also very fortunate to spend ten years of my working life in the aviation industry.

Working in Horsham as a country mechanic with a young family I’d been retrenched due to falling workload and was suffering the last-on first-off syndrome. This saw me pack up the family and move to Geelong where work presented itself for a tradesman at the Government Aircraft Factories at Avalon building the Australian Nomad twin turbo prop. Working on the turbo props for about two years, I was asked to move to the Mirage section where the factory was refurbishing the then front line fighter for the R.A.A.F. I jumped at the chance as this came with full training on the jets at William Town Air force Base at which I spent a month in full-time training. I spent another seven years working on the Mirage III fighter and then twelve months on the first of the FA18A Hornets, the new front line fighter but that was almost thirty years back.

There was little in the way of flying after I left Avalon in the late eighties other than with my radio control models on and off until early 2016 when at sixty-two years young I decided to go for my pilot’s license, this time in the real thing. I am currently about twenty-three hours into my training and with luck and good weather I should gain my Sport Pilots license before Christmas of this year, a nice gift to myself after a very long time with a passion for aviation.

Other stories by Ken Nicholas