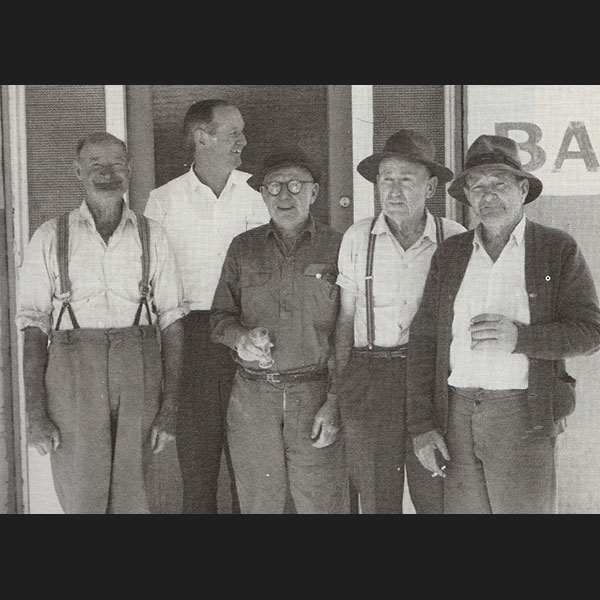 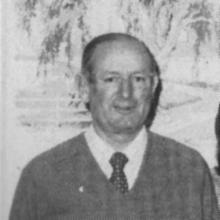 The original Ultima Hotel, which used to be a wine saloon, was burnt down, and the new two-story Hotel was built for about 11,000 pounds - a lot of money in those days. It was a wonder of the district, and Ultima was a thriving town.

The Hotel had two dining rooms, one for the solicitors, doctors and other professions, priests etc, and the other one for the rest. To the best of my knowledge, the food was the same but the No. 1 Room had the silver service, starched serviettes, table cloths, uniformed waitresses etc, and all for three shillings, and two shillings respectively.

Putting it mildly, the debt on the buildings, plus the downturn on the wheat growing business was a big burden, and then came the Depression of the 30's. Still somehow life and business went on, with a 4oz, 7oz or 10oz of beer all being one shilling and sixpence. Strangely enough, not many drank pots, and quite a few drank the small beer.

I have memories of the Depression, but didn't really realise what went on till years later. Money, of course, was scarce, and more money was going out the backdoor of the pub in handouts to the unfortunate victims of the times, than there was coming in the front of the house - the bar. I can remember those men, fine hard-working men, willing to do anything for a living, having to ask for a sandwich when they must have been almost starving. They were forced out of the cities and other places, to look for work, which in most cases, didn't exist. A very sad period in Australia's history.

Of course, all was not gloom and doom in the face of adversity - people danced and sang around the piano, and although a child, I remember many a joyous night at the Ultima Pub. No room for all that here.

Lots of characters with colourful names, such as Sting, Liver, Popeye, "Arf a Mo", The Man with the Steel Grey Eyes (a long name), and the Spotted Horror - also later Bill the Basher, Texas, Felix, Dare-Devil Davis and Mushroom, to mention just a few - forget Frightful Fred!

Many great Balls were held. The Hall Ball, Military, Catholic, Church of England, and others were held every year. People came from all around, and dancing went on till the wee hours. I remember the supper for the Catholic Ball being served in the Pub Dining Rooms - sit down, three course, silver service etc., about 3 or 4 shillings - people walked from the Hall to the Pub.

The Pub did a roaring illegal trade on those nights, at the cupboard (bar) which was under the main entrance stairs. One Ball night the Flying Gang raided them when about 50-60 people were drinking on the premises. Quite a few fled, but the Gang got enough to charge the Pub. Many humorous stories are told regarding this and other raids. The local Policeman was never told when the Gang was coming, for reasons you can work out for yourself.

We had many and varied Policemen at Ultima, some good and some not so good - some boozers and some wowsers - still we were sorry to see the Police Station close, for at least you know where you stood, and they did a lot of good around the district.

After the Depression, the business did reasonably well until it ran into the 42-45 droughts, which flattened everyone.

Dust storms were all too common - I can recall one afternoon at 3.30pm with the bar lights on, you couldn't see your hand in front of your face! Complete black-out!

The Hotel was not called the Railway Hotel for nothing, as Ultima was a busy railway town - with Robinvale to the North and Korong Vale to the South. Over the years many hundreds of railway workers boarded at the Hotel, and there were many characters among them.

An interesting piece of history I missed regarding after hours trading may still be there. The door facing south at the end of the passage in the Private Quarters has several frosted squares, and one was taken out, with plain glass replacing it. This was so that someone could look out, right up the main street, and see if the copper was coming (after hours, of course) - anyway, in those days you didn't have many in-hours customers.

Our family held the licence for around 50 years, and very few hotels in Victoria could match that.

Other stories by Mick Punch 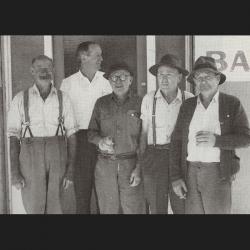