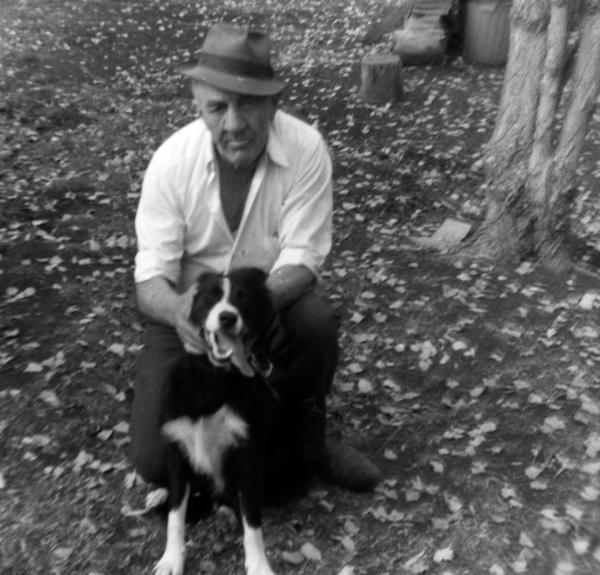 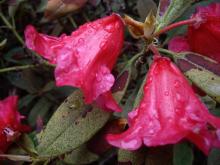 My father, Cyril Eastman was a drover. He always had a fascination with sheep, cattle, horses and betting on the odds. Droving was his life; his hobby was gambling.

Cyril was born in Elmore in 1911, and as a youngster he was droving around Victoria with his father Philip who was an expert stockman. Cyril found this was a limitless lifestyle and he loved it. He was tall and handsome like his father, 5 foot 11 inches, stocky build with brown hair and hazel eyes, always wore a hat and he was very particular about his boots. Cyril’s hat was part of his image. His face was battered by the weather and his skin seemed like creases in a fan sprinkled with brown sugar. When he took off his hat a white line surrounded his brown wavy hair. Standing tall, a newspaper in his back pocket was always opened at the racing page. Using the sporting globe as his bible Cyril would talk about horses, trotters and different odds associated with each horse and it became common day language.

Cyril walked or rode the breadth of Victoria; herding sheep down the long paddock, droving them to the stockyards for sale; the dogs always at his command. This is where he chanced upon the pastime of betting. Every country town had a racetrack and bookies.

These were the desperate days of the Great Depression of the 1930’s. Men were out of work, money was limited and food was unobtainable; so when this young impressionable youth came upon a game of two-up or cards and saw money to be made, he was hooked.

Together, father and son drove sheep from country Victoria to the Newmarket saleyards, often herding the sheep overnight at Parkville. Whilst the dogs controlled the sheep they would find a hotel to wet their whistle. Very early next morning they would continue down through town to Newmarket via the Epsom Road Underpass/Bridge The Underpass became known as the ‘Back Gate’ where a stock counter counted the livestock as it passed through, they always had the sheep penned and ready for the auctioneer early in the morning.

When World War II commenced, Cyril was the breadwinner for his large family and was exempted from war service. His work at the Maribyrnong munitions, an essential service, followed until the War ended. He then returned to the job he knew and loved; sheep, cattle, being a drover with his beloved dogs and working at the Newmarket Saleyards.

Newmarket is where Cyril was excelled at his work. He could draft the sheep in pens, separating rams from ewes and weathers so that the buyers knew exactly the weight, depth of the wool and the best cut of meat. They always checked Cyril’s yards first!

He would catch the last train from Moonee Ponds station, departing at Newmarket and sleeping in the sheds so as to be available at dawn to have sheep and cattle ready for the auctioneer the next day. Dogs were forbidden in the saleyards so when drafting Cyril used a unique sheep rattle to manoeuvre them through the yards.
In the 1950’s a buyer at Newmarket offered him the job of “Managing” his property and from this 10000-acre property in Mahoney’s Lane, Whittlesea, he made a home for the family with a place to train his sheepdogs and mind the sheep.

Cyril was very happy, a horse to ride, his sheep, and the resting racehorses. These thoroughbred horses were shipped over from New Zealand between race days, free to gallop over the hills at will.

Newmarket sale days; Cyril would walk to the Campbellfield hotel, catching the last train from Merlynston Station to the livestock saleyards at Newmarket; sleeping wherever he could, ready at pre-dawn for the auctions to commence.

Sunday was not a day of rest; Cyril worked on the property. He had his lunch in a brown paper bag and his tea in a bottle, corked with newspaper and walked the property to make sure all was satisfactory; his dogs always at his side ready to obey any commands.

A myriad of farm duties had to be performed. Sheep caught in fences or lambing to be dealt with; horses limping, crutching to be done, fencing and the farm duties were performed this one day per week, Cyril always on the lookout for problems. Other days were dipping the sheep with all the children involved, a family time. Many times wild dogs came into the herd at night, they would bite the sheep mutilate and leave Cyril always at the ready.

Lambing and shearing time was especially busy and it was memorable when the shearers came from far north Victoria to shear the sheep. A large shearing shed, at far back of property were where these skilful shearers worked and slept. Cyril and all the family helped pen the sheep, spreading tar on cuts as well as sweeping the dags away from the shearers allowing them freedom to maneuver.

Cyril was one of the last livestock workers at Newmarket Sale Yards; a legend in his own lifetime. Still betting, enjoying the life at the local and occasionally buying sheep and cattle for the butchers, until he passed into memory. I am sure he would still be saying “What are the Odds”.

Other stories by Mary Renshaw 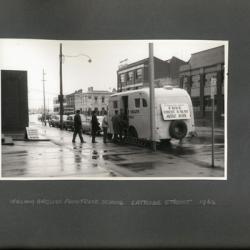 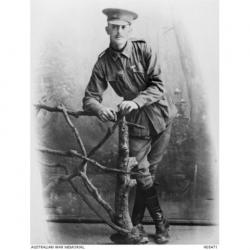 A Mother's Lament: An ANZAC story 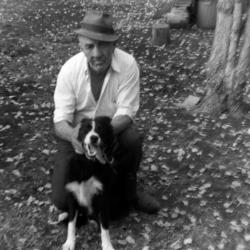