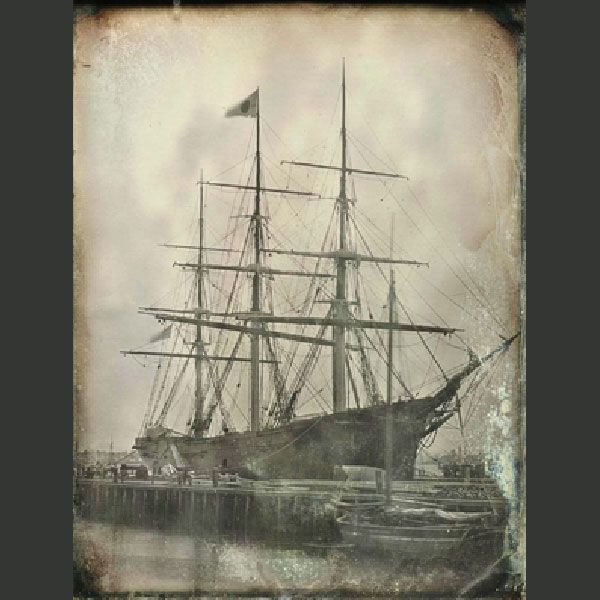 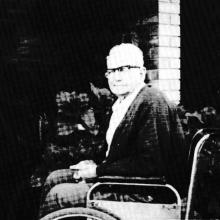 Several of the Colclough family emigrated to Australia at about this time because of the persecution of the protestants by the Catholics in Ireland. We have very little detail of the family life of Richard and Rebecca, other than to know that their family of John, William, Richard, Margaret and David were all born at Ballarat and according to what my father told me, he was only 11 years of age when his father died. Although both Richard and Rebecca were brought up on the land, they conducted a small 'Grocery' business in Ballarat until Richard died.

I have a copy of the passenger list of "The Champion of the Seas" which described Richard as being a farmer of 28 years and Rebecca as Spinster of 25 years.

On the death of Richard, Rebecca decided that she and the young family should return to the land and she selected 320 acres at Doboobetic, which is situated about midway between Charlton and St. Arnaud. I have the original document concerning this land which is dated July 25th, 1873. I can't imagine any greater pioneer spirit than for a woman with five young children to settle on this raw block and expect to make a living sufficient to sustain them, but she did, and most of them lived into the 70's and 80's.

From the original selection the English family moved to an area north of Charlton, but I have not located the exact position yet. While at the second address Grandma Rebecca told my father to ride over to Kerang where a Land Board was sitting and get himself a block of land ... John did just that and he secured 320 acres of land at Appin, about 15 miles south of Kerang. While on his Appin farm he met up with Sarah Clark who was a milliner, and they were married and had three children before she died. Sarah was only 19 years when she married and John was 23. After 4 years at Appin Sarah's mother died. Her parents had a general store at Kirkstall, near Koriot. John and Sarah sold out their Appin farm and took over the Kirkstall business and later spread to Koroit where John conducted a general store for some 15 years. The Appin farm was sold to Grandma Rebecca and the younger brothers, from where they spread to Lake Meran, and remained.

In 1901 John disposed of the Koroit business and bought some land in the Gippsland hills, somewhere between Warragul and Yarram. Sarah died in 1894, leaving 3 children. John re-married to my mother, Edith Few in 1895 and mother took over the children as well as adding a new family. When the family moved to Gippsland in 1901 there would have been 3 of the first family and 5 of the second. Eight children on a run-down farm would keep both father and mother fairly fully occupied.

Gippsland was not what the English's were brought up to and after three years they sold out to return to a Mallee farm at Bael Bael - about 12 miles west of Kerang. Mallee farms were being opened up at Ultima 20 miles west of Swan Hill so John sold the Kerang farm to seek better prospects at Ultima. The Bael Bael move would have been at the latter part of 1904 and the move to Ultima would have been in late 1906. No house was available to John at Ultima, so he bought the local Wine Shades as a stop-gap, intending to build on some of the mallee land that he had bought.

Mother hated the atmosphere, but we lived there for three years before being able to sellout. The next move was the result of "Chance". Just before selling Ultima my father was in Balranald. He saw a group of people on the opposite side of the street and inquired what was the reason. He was told that there was a ballot on for "Settler's Blocks" of part of Yanga station. He decided to put his name in and finished up with 10,000 acres of undeveloped land.

As soon as the sale of Ultima was through, father took us all up to Balranald and rented a house in the town until one could be built on the selection. By this time - 1909 - the first family had drifted off, but there were 7 of the second family to be cared for. While the house was being erected on the Yanga selection, father rented a house in Sebastopol, Ballarat, and the whole family went by horse-drawn vehicles from Balranand. After some months we returned to Balranald where the whole family lived, but there was no schooling available so the natural thing to do was "sellout" and find another home.

A chap came along who said "I will buy your 10,000 acres if I can sell my little irrigation farm near Koondrook". Father was never to be beaten so he bought the 320 acres also the adjoining irrigation farm: and there we were stuck with an irrigation and dairy farm that didn't suit the English way of life for the next 10 years. This area was called Teal Point.

Eventually a buyer was found for the irrigation farm and a home was bought in Kerang. This gave an opportunity to give the younger members of the family a better education than the first born.

His final move was to the mallee fringe some 6-7 miles west of Kerang. First one mallee farm of good quality that was later taken over by Viv and Cyril, then another of less acreage that had some irrigation land as well as good mallee land. The Kerang house was sold and father's last days were spent on the Rangie farm on the mallee fringe.

To sum up his movements, he was born at Ballarat, spent some years on his mother's selection at Charlton-St. Arnaud, took his own farm at Appin, then went into business for some 15 years at Koroit, farmed in Gippsland for 3-4 years, wheat farmed at Bael Bael for about 4 years, conducted a wine shades and land at Ultima for three years, played with being a "big landholder at Balranald" for 2-3 years, then an irrigation farmer at Koondrook for 10 years and finally a wheat farmer at Rangie just west of Kerang.

Is it any wonder that I have said that my father was a Gipsy who could always see a better green patch on the next hill?

Other stories by Wilfred English 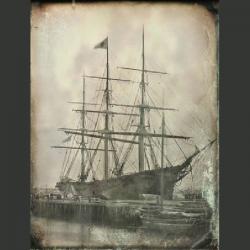