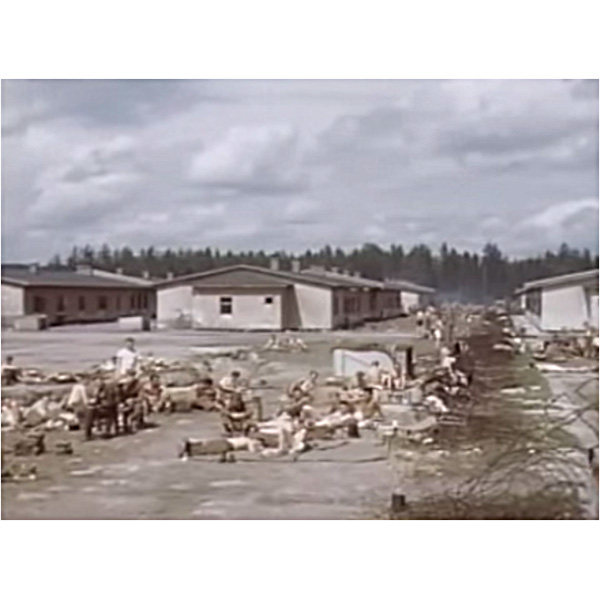 My brother Gooza (Leslie) and I joined the army in 1940. At first we camped in the horse stalls at Caulfield Racecourse, then were shifted to Mount Martha, where we camped in tents, and later we shifted to a new camp called Darley, outside of Bacchus Marsh. There were many other service men for our town, seven of whom didn't come home. Some women enrolled in the Ladies section too.

Early in 1941, we embarked on the ship "Mauritania"; we were joined soon after by 3 more troop ships, the "Aquatania", the "Queen Mary", and the "New Amsterdam", and escorted by light cruisers, ever on the lookout for possible submarines. In the mid-Indian Ocean, the ship slowed down for a brief ceremony as two of the ships were to go to Singapore, and the other two to the Middle East.

We were camped at Palestine, and later in Egypt, but soon we were shipped to Greece to confront the German army that had bulldozed its way through Yugoslavia and into Northern Greece. Soon the big retreat was on, but our artillery slowed them down as we made our way to Kalamata in southern Greece for an evacuation which was done at night, and we were taken on board the troop ship "Costa Rica", and a couple of other troop ships, escorted by light cruisers.

The German Army attacked the convoy all next day, but all our machine gunners were on deck, and with the ship's guns and those of the light cruisers, a decent sort of a barrage went up, which forced the German planes to drop their bombs from a higher altitude, hence their accuracy was nullified. But whenever a bomb landed within 50 metres of the ship, it would shudder, and eventually a bomb landed very close and the ship was disabled but not in any immediate danger of sinking.

After quick inspection by the ship's officers, the order was given to abandon ship. The cruisers came alongside, and the men were taken off, then taken to Crete and unloaded there. We were re-equipped with rifles from Egypt, and had about 10 days to prepare for the German invasion of the island.

The few anti-aircraft guns on the island were attacked by the dive bombers and put out of action. I never saw any British aeroplanes on Greece or Crete; they were where they were needed most, in England, and in the desert.

The Germans attacked the two airfields with parachutists, with no British planes to hinder them, and we were able to bring in light artillery, mortars, etc. and eventually got control of the island.

Then the order came from General Freyburg of New Zealand, who was in charge, that the island had capitulated, and instructed the men to destroy all weapons, and either surrender or escape to the hills. So we became prisoners of war on Crete, and were later shifted to Salonika in Greece, and from there in cattle trucks to Germany via Yugoslavia and Austria.

We were put in a big staging camp at Moosburg, called Stalag 7A. The occupants were mainly French and English. On Crete, Gooza got dysentery, went to hopital and was shifted to Germany before me. I didn't see him until after the war in England, at Eastbourne.

Rather than stay couped up in a Camp, I volunteered for working parties; the last of which was to a coal mine in south-west Poland. This was in early 1945 when the Russian armies were approaching from the east, and the Yanks and the English from the west. The guards ordered us to vacate the area, and marched us through Czechoslavakia, doing about 10 miles a day, for six weeks; we finished up at Landshut in Germany. 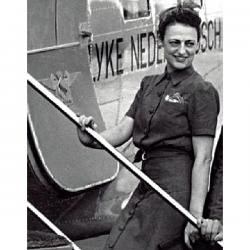 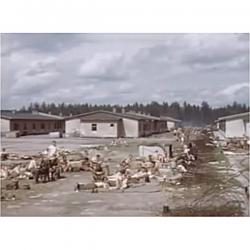