Gary McKay was drafted into the army in 1968 as a National Serviceman and after graduating from the OTU Scheyville as an Infantry Corps 2LT he served at 3 Training Battalion, Singleton for about a year. He was posted to 9 RAR as they returned from Viet Nam and eventually was posted to 4 RAR who were preparing to go to war. Gary was posted as a rifle platoon commander and saw active service until he was severely wounded in late 1971. For his actions during a major battle in September 1971 he was awarded the Military Cross for gallantry.

After Viet Nam Gary decided to stay in the Army and served mainly in operational and command roles, and when not serving as a line officer, he was an instructor at the Royal Military College Duntroon, and the Australian Command and Staff College at Fort Queenscliff. He has seen service in Canada, the USA, Malaysia, Singapore, Brunei, Fiji, New Zealand, Papua New Guinea and Germany.

Gary has been back to Viet Nam many times since the war. He went back in 1974 to research Delta Four and interview the enemy he had personally fought against. In 1996 he was the historical advisor to Mr Tim Fischer (then Deputy Prime Minister) and Mr Bruce Scott (Minister for Veterans’ Affairs) on an Australian Government Remembrance Tour.

Gary has become one of Australia’s leading historical tour guides to Viet Nam and has also written the definitive guide book to Australia’s battlefields in Viet Nam. He usually leads three or four tours a year and is also the tour guide and leader for the NSW Premier’s Anzac Scholarship for secondary school students when they tour Viet Nam.

Today he lives in Kiama NSW with his wife Margot and spends most of his time trying to convince her that writing is a real job. Gary is Australia’s most prolific writer on the Viet Nam War with over 13 titles on the war to his credit. He is also on several committees for the Department of Veterans Affairs on Education projects and in his home town is on the sister city committee with Hoi An and Kiama.

The full story of Gary’s tour of duty is related in his best-selling autobiography, In Good Company, that was first released in 1987, has sold over 50,000 copies and is still going strong. 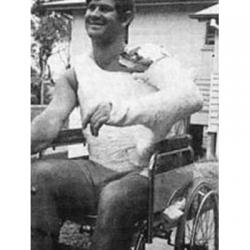 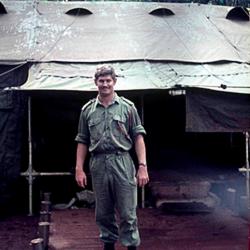