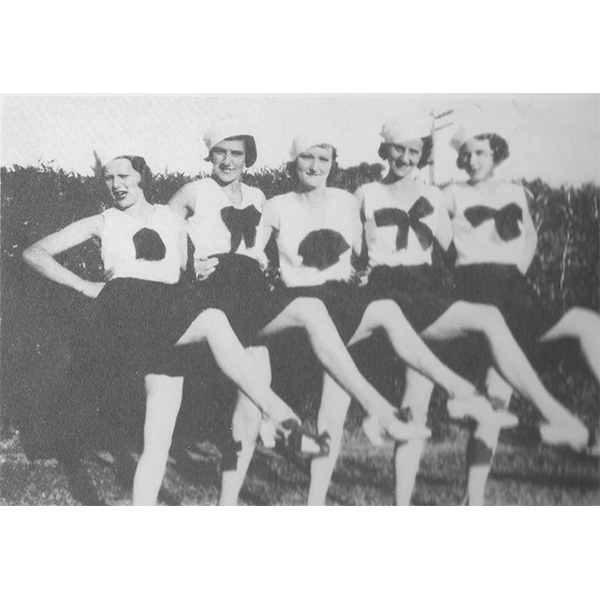 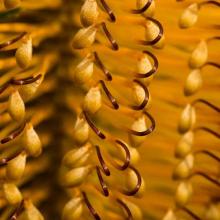 My father, Thomas Charles Sutton, (the sixth child of the family) drove with their worldly possessions, in a wagon drawn by two horses; and a few other animals - horses, a couple of cows and dogs; from Mallala in South Australia to land selected between Ultima and Waitchie.

The family lived in tents until the boys built a 2 room house, made of straw and mud held together by some pine logs. The dirt floor was covered with old wheat bags sewn together by their mother (Martha). They got water wherever possible on the way, and when they settled on the property, they would drive 25 miles to Swan Hill to obtain enough water to carry them on for a few weeks. All of their food supplies were obtained from Swan Hill, the journey would take about three days by the time they obtained the tank full of water and food, supplies to last about a month.

My Grandmother cooked their meals on a camp oven (a large round black iron basin - type of utensil with a lid to cover the food). A fire would be lit under the camp oven and the lid covered with coals to keep the food cooking evenly. Gran would make the bread and cook a damper, lovely puddings, and all the food for the family in this camp oven. Eventually the boys of the family built a fireplace which was open, and had a piece iron across the opening, on which would hang a large black iron kettle and billy can, together with other cooking utensils.

The next job was to dig a dam close to the house to catch the rain water for all uses. The girls of the family would carry kerosene tins made into buckets to the house for cooking and cleaning purposes. A huge iron tub was used for the weekly bath - the family taking it turns to get into the tub of water.

Then came the task of rolling down the Mallee trees, to prepare the land for sowing of a crop of wheat. Eventually the land was divided between the family - 1 block for my mother (Martha) and one each of 640 acres to the four boys of the family. John Thomas Sutton, the father of the family; died suddenly in 1894 and was buried in Swan Hill Cemetery.

Gradually a township sprang up and other land was made available for settlers - this place was named "Ultima," the end of the railway line.

My father, Thomas, was eleven years of age when the family arrived, his only education was at Mallala, SA, before coming to Victoria. And in 1904 he married my mother.

My sister Adele and I started school at the Ultima School, at the beginning of 1913, when Mrs Elliott was School Mistress. At the end of 1919, when I had got my Merit Certificate, in the eight grade, I left school, my first job was with Mr Steve Hoiles, a representative of Victorian Producers Pty. Ltd (I think) for a salary of 2/6d per week. I wasn't there very long, when Mr Cuttle asked me to become one of his staff my wages being 5/ - per week.

In those days we were not given holiday pay, and any time from work was at our own expense. My wage went according to my age, and when I finally left I was receiving a wage of 5 pounds per week, a lot of money in those days.

On Saturday morning it was my job to telephone as many of the customers as possible and ask for their weekly order, so the grocer would have it all ready to be picked up at night. There were very few families with telephones lines in those days, most being on a party line.

In the Depression of 1929-30 my parents and three sisters and one brother left Ultima and went to Melbourne, where my sisters and brother obtained employment, and my father was employed by the Camberwell Council and received the dole. In those days folk had to work to earn the dole; money was not handed out indiscriminately. I had my job at Ultima so remained there, and in 1936 married Clement Perron Baldwin, and in my spare time, I worked at his office and kept the books in order.

When my parents returned, my father, Thomas Sutton, was re-employed by Cuttle's as a carrier and delivered goods from the railway station to the store, also grocery orders to town folk. And as Ultima did not have an Undertaker. Mr Cuttle had an arrangement with the Swan Hill undertakers to drape the delivery lorry with black sateen on which the casket was placed, and covered with black sateen. My father would drive the one-horse-drawn lorry to the cemetery for burial of the deceased.

From the 1914- 18 War to the Depression of 1929-30, social life in Ultima was great, with frequent concerts, and dancing every Saturday night and a travelling picture show under the management of Mr J. Nulty of Ouyen. Also very popular were the annual local Balls, such as R.S.L., Catholic, Church of England - just a few I can remember. For the special Balls, orchestras were engaged from Swan Hill. For Saturday night dances, the music was supplied by local talent - Miss J. Seaton-Stewart, or Miss Hilda Tandy, Miss Myrtle Holm, - just a few I can bring to mind. 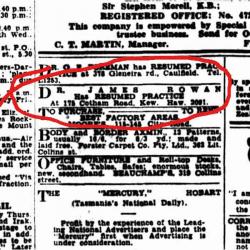 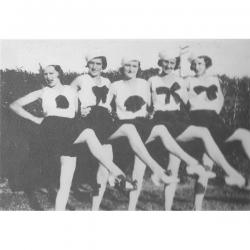