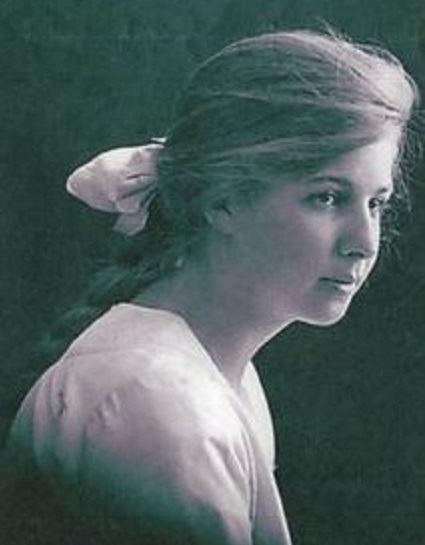 At 21 years of age, Edith Weidenhofer left Adelaide in November of 1925 to travel by train and truck to Durham Downs – a distance of about 1200km - to take up a position as governess, looking after my father and his two siblings. After several days travel she arrived in Tibooburra where she was met by Doug McFarlane who was to accompany her for the balance of her journey, not only to Durham Downs, but also through an amazing life they were to spend together.

In her book “Land of Contrasts – Recollections” Edith describes her arrival at Durham and of meeting my father for the first time:

“The two boys, aged 9 and 11 years, whom I was to teach, appeared on the scene, and the little girl of 16 months, who also came quite a good deal under my care, was not forgotten”

The 9 year old boy was my father, Richard.

Edith was to teach him for the next couple of years until the time came for him to attend a boarding school, Scotch College, in Adelaide.

I had the honor of meeting Edith McFarlane shortly after she turned 108, in 2011. http://www.couriermail.com.au/news/edith-shares-her-secret-to-a-long-lif... I introduced myself as the youngest son of a 9 year old boy she had schooled 86 years previously - that didn’t slow her down one little bit – indeed, her immediate question was “…and how is little Richard?”

While Richard had passed away 25 years prior to my meeting with Edith, he had left us with a deep insight into his life, the country, and of the people that influenced him. His poetry, most of which had been written on Herbert Downs Station during 1945, describes people, places, events and abstract thoughts from his earlier life growing up on Cattle stations in the "bush", of mateship and hardship and of times both good and bad.

Here is one called ”Memory” …something that Edith McFarlane had a lot of:

They tell me that when age puts forth
It’s ugly taloned hand
Life’s race is run, and that we are
From all its pleasures banned.

But when upon us age does creep,
And drive our strength away,
We’ll still have memory to sustain
And bide with us always.

Now we are young we’ll have our day
(The longest cannot tire)
But when we’re old we’ll sit around
And stoke the glowing fire.

We’ll talk our talks, and dream our dreams,
Of deeds of yesteryear:
Of stirring times we had long since
That years have made so dear.

We’ll gaze upon the glowing coals
That light the road so plain,
When we return on Fancy’s Steed
To live those years again.

Our minds will steer a winding course,
-A ship without a crew:
They’ll drift about the sea of time
Recalling days anew.

And Memory with her thousand eyes
Will watch the years roll by,
Like clouds before the zephyr’s breath,
Across an azure sky.