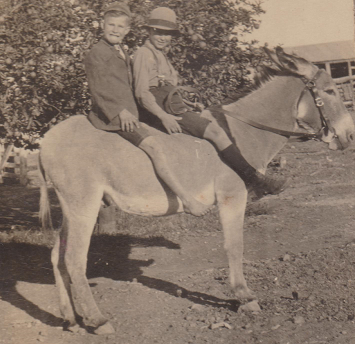 In 1953 my soon-to-be parents managed Glenhaughton Station, west of Taroom and adjacent the Robinson Gorge National Park in Queensland. This cattle station was a large one and my Father was unable to get away, so as the time for my birth approached, my Mother, her 8 year old daughter and a 3 year old son journeyed to Adelaide, returning to the station two months later with me in her arms.

Genealogy research by relatives has identified ancestry to Edward I through one line and to Edward III through another line. Through this lineage I am a descendant of William the Conqueror, and I have discovered that I am a descendant of Kings, Earls, Ministers of Religion, Baronets and Convicts, Irish both rich and poor, Prussian, English, and Welsh.

All this didn’t help Edward’s Great (24) Grandson, because my parents were not well-to-do by any stretch of the imagination. Both my Father and my Grandfather had worked most of their lives for (Sir) Sidney Kidman (at one time the world’s largest landowner), and my Grandfather’s plaque is now proudly displayed in the Stockmans' hall of fame in Longreach. (USH-No 00555).

My baby home consisted of a "slab" construction, vertical, hand hewn slabs of tree, the cracks infilled with "ant bed", the crushed termite mounds reconstituted with water, then plastered by hand into the cracks. Vertical gun slots were cut in the walls apparently to provide protection against the Aboriginal attacks which occurred before the turn of the century. The roof consisted of strips of "Stringy Bark," held down by the sapling logs in the manner so ubiquitous to Pro Hart’s Australiana paintings.

In 2008, I returned to the homestead - now occupied by a different owner - where I found a section of concrete where "R. L. McC - 1956" had been scratched when it was wet – my Fathers initials. The hill where we used to keep our working cattle dogs was still inhabited - by the new owners dogs, squabbling away in the manner bored cattle dogs have done since time immemorial; the "Crown Royale" wood stove used by my Mother during the 1950’s still in daily use, and my steel treadly Noddy car was found in the disused Strappers hut, the once bright blue paint now gone many years, the proud fenders which had protected me from numerous collisions now thin, frail, and spewing rust onto the ground like a truck at one of Twiggys’ mines.

About 1960 my parents moved to another cattle station in the Gulf of Carpentaria - some two days drive north of Cloncurry, called Neumeyer Valley Station. During the “wet” it could take two weeks to travel into town, the 1956 Landrover serving us in good stead – (sometimes only breaking down once a week) - with three kids and a dog in the back tray acting as dust magnets, hoping for rain to wash it off our bodies, and if not, the mandatory stop for a cooling swim with no attention paid to lurking crocodiles, in creeks that were prized more so for their cooling qualities than feared for the dangers they contained.

In all that time only my brother was bitten - on the arm - by a small 4 foot “freshie,” (although we were stalked often when we went fishing from the banks of the Alexandria river). Thanks to the dog keeping vigilance (and to the .22 or .303 rifle) we survived more than a few close encounters.

That wasn't true at all. It hurt like hell. But she did teach my older siblings and myself to Grade 6 level which was a fine achievement because her education consisted of learning to serve beer at the Mayne Junction Hotel at the junction of the Mayne and Diamantina rivers (somewhere out towards Birdsville) until she was old enough to join the Army in 1940.

My brother and sister had gone to boarding school from grade 7. I can still recall the pride my mother had when my sister completed "Scolarship", today's equivalent of Grade 8. In those days it was rare indeed to get a "real" education if you were a girl!

The cost of sending my siblings to boarding school was a bit great and by the time my turn came around, the bank was dry. I had to wait a year before I could “escape” and so I had to repeat 6th grade at the hands of my loving Mum.

I still have the prize for coming first in the state that year – a book called “Give a Dog a Bad Name”, personally signed be the then Governor of Queensland, Sir Henry Able Smith. (After all, it was the second time I had gone through 6th grade…)

Three times a week I would spend a couple of hours on the "wireless"………. pumping away at the pedals, generating electricity, while attending the biggest classroom in the world, aptly named "School of the Air" with Bid O'Sullivan our on-air teacher talking to cattle station kids spread over hundreds of thousands of square miles of Queensland and Northern Territory. We eventually purchased a new car battery which we could connect to the Trager Transceiver.

During the dry season, when the ABC radio transmissions reached us in a decipherable condition I could sit and listen closely, enthralled by “Jason and the Argonauts,” pondering life’s wonders and the progress of “Sputnik” in the sky, and night we would lay the “camp sheet” on the front lawn, looking to the sky for hours, trying to catch sight of the one star that moved without falling to earth - and if it did, make up a wish that was forgotten about by the next day, but mostly “I wish my brother / sister would go back to boarding school” (and if he / she was already there, “I wish my brother / sister was home”). And while doing grade six the second time around, the wish was always “I wish I was at boarding school”

King Mick, the Aboriginal leader of the resident tribe of the property we were on, taught me much about the Australian bush. I shall never forget the wonders of his “Come-Back boomerang,” - or the way he used to rub animal fat on his hands and dangle them in Croc Creek to catch the Yabbies for a feed. Every six months or so they would go “Walkabout,” never to tell me what they did on their sojourn in the bush, always returning with new picaninnies and one or more of the elderly staying away.

Once a week or so my brother, our dog called Bulbuls and I would go down to the water hole, round up a herd of wild pigs and force them to swim the river, thus feeding a whole armada of crocodiles.

My brother named his horse "Trigger", my sister’s was called "Flicka". Mine was a broken down old girl named “Gipsy” and we kids used to sing "Smokey Dawson" songs as we rode our horses down the dusty road. .....Growing up in the bush was laden with wonders and experiences far beyond the comprehension of the city-dwelling kid.

I remember meeting David Pixley when I was 6, (he split my lower lip, I recall a girl was involved) but apart from him, the only kids I had actually met before then were my older sister and brother - and “that McConnell boy” with the snot hanging from his nose, red haired, freckled and dirty, with his mongrel dog trailing his feet, his only friend.

In those days I would have made Bear Grylls look soft, where lunch at the branding yards consisted of corned beef or branding-fire cooked ribs, a slice of “Damper” and a cup of sweet black tea. Fresh fruit was difficult to get, and dried apricots was a favorite.

I could drive the Land Rover when I was seven, got my first .22 rifle the same year and when I was ten I was given the big one, the Lee Enfield .303. When I was eleven I was the Dozer operator, driving the stations D-4 Caterpillar, clearing trees along fence lines and pushing firebreaks. Obviously mechanically minded, I didn't like mustering cattle and in response to my recalcitrant negativity on that count, I received many floggings at the hand of my father who held a Doctorate in corporal punishment.

Years later, I attended University, had a shot at becoming a school teacher, deciding educating kids was not for me and moved on finally settling on Marine Engineering, my Ships’ Master’s licence, and proceeded to travel the world - as mariners do. During a break from building a boat in the USA I flew to Fiji to appear in the Tom Hanks movie "Cast Away" as a body double for the main character. (Those are my feet in the underwater shots bleeding all over the "coral" - which was a rubber mat that looked like coral). I very much prefer Marine Engineering, and I've been the overseeing engineer for a couple of builds in Italy and in New Orleans.

At some future time I will visit the country of my childhood and when I do, I'll be heading up to Neumeyer Valley Station for some more nostalgia.

If you don't hear from me after that, go up there and look for a fat croc and a laughing pig and shoot both the bastards.

George Bernard Shaw said "Youth is wasted on the Young"………… but I like to think I got that part of my life just right.