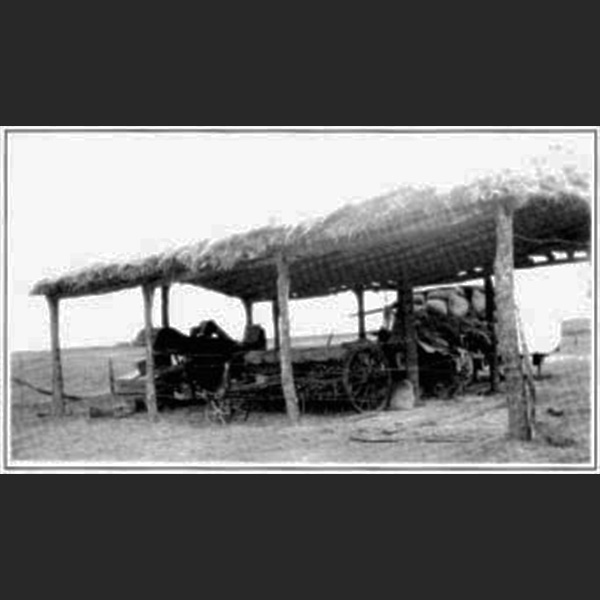 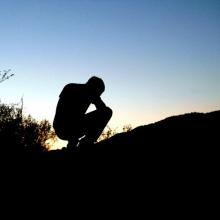 In 1922 I obtained a free rail Pass from the Soldier Settlement Board to the rail head at Annuello. This part of the Mallee was being opened for settlement. The area of blocks being 640 acres to 800 acres. I spent three weeks with the Lands' Officer Pat Cloonen looking at areas available for selection. Conditions did not appeal to me. I obtained a ride with one of the local settlers to the township of Manangatang. Here I was introduced to the Manager of the English Scottish and Australian Bank. (E. S. & A.) Ultima (Mr Fred Palmer). Ultima was the banking area for this section of the Mallee. My remembrances of this trip was personally pushing his Model T Ford over dozens of sand hills. He turned out a friend, helping me to take up a good property in the Ultima District. I put the 1922/23 harvest in with Mr Don Richardson of Ultima. He was a great help in my establishing myself as a Mallee settler. During this period I had made application for a Soldier Settlement Block that had reverted back to the Soldier Settlement Board; block being 650 acres of good red country. While waiting for possession, I, with the help of Don Richardson put in a crop of 150 acres of wheat on stubble land with a Mr Taggert of Waitchie, half share basis.

July 1923 I was granted the lease of Allotment 62 by the Soldier Settlement Board, with six horses, ten plate under-cut disk plough, eight foot Massey Hoe Drill, eight foot Cultivator, six foot McKay Harvester, six foot McCormick Binder and a table top wagon. I bought two mares in foal from Don Richardson. (Tractors did not come into farm use generally until around the 1935/40 Period).

Farming work was carried out with horse teams, a Clydesdale cross bred mostly. They were intelligent and good workers if treated properly. Average working teams were of 8 to 10 yokes for heavy work, and 4 to 6 for lighter work. Yokes were either worked abreast or tandem, with the abreast yoke of 8 to 10 horses, great care was necessary when turning to left or right, to prevent the wide team from tramping the feet of adjoining horses, causing serious damage to feet; the tandem yoke for the same number of horses, was either by equalisers attached to the collar and hames of the rear horse, or by roller chains attached to the collar and hames of both horses. I preferred the roller yoke; it was a more satisfactory pull on your horse.

Swingle-trees were of wood or iron made to the required width and length to adjust the draught pull of the team.

It was necessary to cut each year not less than 30 tons of hay for the horses, also hold not less than 30-bushel bags of oats for horse feed. Because of mice problems, you had to make protection for safe storage of feed, either by mouse proof barn, or mouse proof stands for the grain, and  hay stacks had to be protected by plain galvanised iron not less than 3 feet high surrounding the stacks.

Cooking on an open fire with a camp oven and iron kettle. In 1923 I put down one mile of water channelling from the State Rivers and Water Supply in channel to the new 2,000 cubic yard dam on the block, where I proposed to erect the future homestead. I fenced this dam in with 20acres for a permanent horse paddock.

1924 I erected in this paddock, a twelve stall stable of bush timber and straw roof, with a 12' x IS' galvanised iron chaffshed and a three knife chaff cutter, purchasing a 6 h.p. McDonald Super Diesel Portable Engine.

In 1924 I rolled 150 acres of Mallee, clearing the balance of the block. I obtained a good burn in the summer, making the scrubbing job easy. I disked in a crop of oats, over the burnt ground for a two and one halfbag average, the stubble sufficient to give me a very fair burn, killing the  regrowth of shoots on the Mallee stumps. Two periods of shoot cutting, and another stubble burn, the shoot problem was practically finished. The rolling of Mallee was done with eight horses pulling a Mallee Roller, which was a heavy steel engine boiler, mounted on bush timber frame, having a breasting bar slightly forward of the roller, to push the scrub forward for the roller to break down. Steerage was by a wheel on a pole fore carriage.

In 1925 I erected an implement shed along side the stable, consisting of bush timber and straw roof 20' x 18', three spaces for wagon, combine and harvester. In 1926 I erected a 12' x 15' weatherboard hut on the site where I proposed to build the future homestead.

During the period 1922/26 a lot of hard work day and night was carried out, carting mallee stumps once a week to the rail head, farm routine work and night trapping to supplement farm income.

In 1924/25, the State Government and Victorian Railways equipped a train to travel the Mallee called the Better Farming Train, it was equipped with samples of new types of grain, super and trace elements. With members of the Lands Department arranging discussion groups with local farmers on better farming methods. The Train was well received by the farming community. Several local farmers got together, and formed the Ultima Better Farming
Association and held regular Fallow and Crop competitions,judged by the Land Department Officers from Melbourne. I won the 1926 competition and 1927, taking both cups, was also runner up in 1930 and 1932/36.

In 1928 I purchased 640 acres; north of the home block. All cleared, a good water supply, pine log hut and fencing all sheep proof I was now able to carry an adequate number of sheep. In 1930 the big Depression hit Australia. This season was a very good one, but world grain markets collapsed, and returns were below cost of production - wheat 1/9 per bushel, AAA. wool 9d. a pound, lambs 7/6 to 10/ - per head. It took seven years of hard work to reasonably recover.

In 1933 I married the daughter of my good friend, Don Richardson. With the help of the Soldier Settlement Board I enlarged the hut to a residence of four rooms and sleep-out under the front veranda. Also erected a Fibre Sheet dairy of 6' x 8'. It was mainly my wife's encouragement I stayed with the farm. She looked after the farm animals, sheep and horses while I was away from the farm on contract work with the horses. She milked five cows, selling eggs and making butter to keep the home going, and looking after two little girls.

In 1935, I put down, on the home block, a 3,000 cubic Yard dam for houshold and garden purposes, also erected a 18' x 50' galvansied iron implement shed closed on three sides with secondhand iron. In 1937 I decided to allow the top block of 640 acres to revert back to the first Mortagee taking same on a share farming basis with him.

In 1938 I made a good deal with sheep through the help of Edward Trenchard and Co., this placing me in a reasonable financial position again.

In  1939 the Second World War broke out. I enlisted as a Sergeant Instructor with the Second Eight Training Battalion.

In 1941 I had the opportunity to join the State Savings Bank of Victoria. The Army released me and I joined the Bank as a Valuer. I sharefarmed the farm with a brother-in-law until 1951 when I sold it.

Other stories by Charlie White 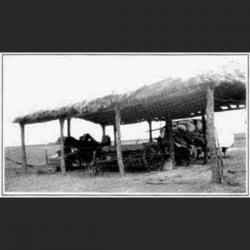