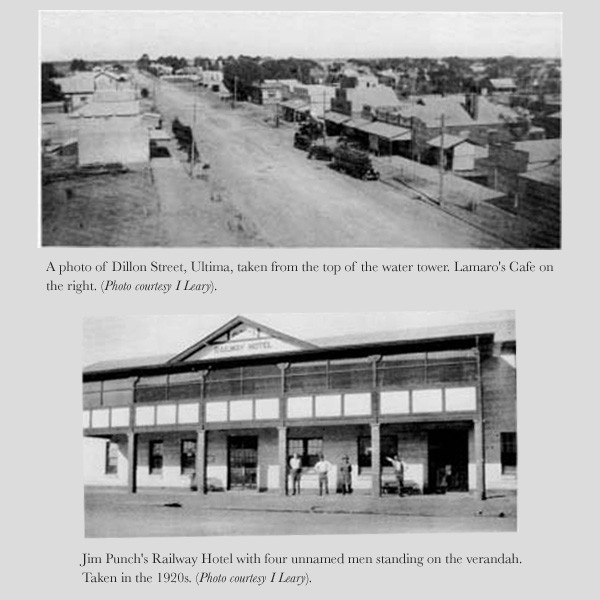 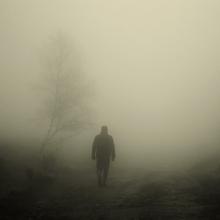 PICTURE SHOWS: Travelling picture operators came on occasions. There was always a rush by the boys to get the job of ringing the bell which meant free tickets. Ringers had to walk the streets calling out the picture to be shown. A popular call was also "Roll up, tumble up, bring your old woman up."

FOOTBALL MATCHES: Spectators generally became very heated especially when playing Meatian. Some of the ladies got carried away and beat others with their umbrellas.

SWIMMING: Most of the school were taught to swim by their teachers. The dam was in the railway yard. Most gained their certificates.

FIRES: The railway grain stores were destroyed by boys (no names) lighting fires underneath.

PUNCH'S HOTEL: Where a gas cylinder exploded and soared over the railway station.

WILLIAM'S WINE SALOON: A memory of AI Smith with a stockwhip chasing boys who were throwing cartridges into the fire.

SCOTTY THOMPSON: A very dirty man who was once forcibly put in to a bath by the men at Punch's Hotel.

BILLY BENSON & MARK NEYLAND: These two had regular Saturday nights the full length of the street.

GRANNY KITCHEN: A kindly old lady who was always bringing home made pickles which no one was brave enough to eat. 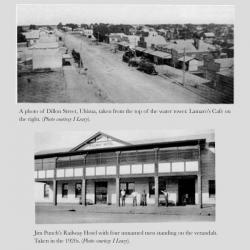 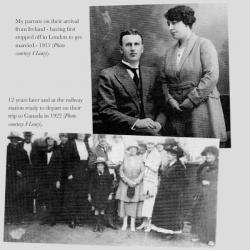