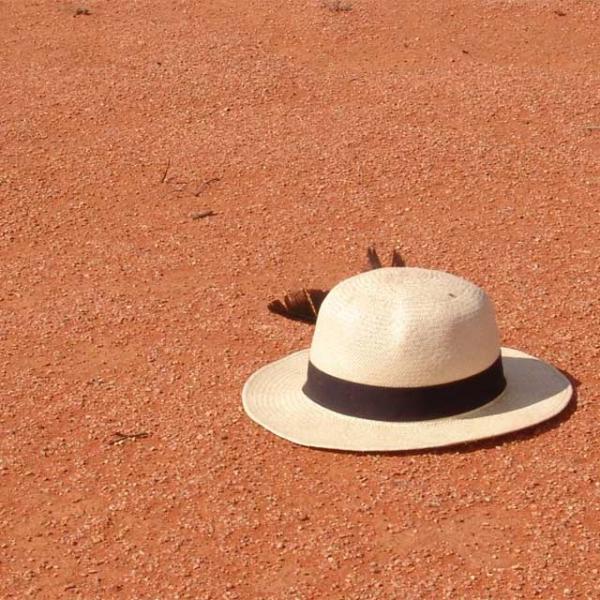 What is a great love story in one place can be statutory rape in another. So I find it harder to tell the story of the start of our forty-year love affair when we’re in the United States. But, I will tell it here.

At the grand old age of thirty-three I had broken free of the public service and become the 1970’s hippy I’d wished to be. Divorced with three children and experienced in life, or so I supposed, I worked in Sydney as a Manufacturing Jeweler and as a part-time counselor at the Wayside Chapel in Kings Cross.

With those ingredients something had to happen. And, it did. I fell in love with a beautiful redheaded girl who told me she was eighteen, almost nineteen. That wasn’t the truth; she was sixteen. I should have suspected something odd because I had to hang around while she finished her Higher School Certificate. Strangely, I didn’t.

Then, sweet freedom. Yes!!! We went travelling. This was done in a decaying 800cc Japanese delivery van. Consequently, punishment struck us on the Stuart Highway heading up the Red Centre towards Coober Pedy.

In those days the highway was a corrugated dirt track where large boulders suddenly appeared in the centre of the road. Consequently, the little van burst two tyres as it tried to keep pace with the wide contours created by the huge trucks that serviced the North.

So there we were. Two hippies, one confounded and one brave, stranded without too much ready cash by a roadside that only saw another vehicle every half-hour.

There had been adequate warnings. Destroyed cars and caravans lined the highway. But, we felt free, excited, and invulnerable. And, Claire trusted me because I was so very old and knew so very much.

Claire was determined and offered to take all the money we had in our pockets and hitch to Coober Pedy with the burst tyres.

I waved the pretty young teenager goodbye as she took off with a couple of guys towards the far off town. Claire was surely coming back.

I settled down to do things like sheltering under the van to see if something needed adjusting or mending. Back then all real men knew enough about fixing a vehicle to make them look good and capable to their woman. Here was my chance.

Anyhow, I was feeling miserable because of the plight I was in and had to do something to distract and comfort myself. So I used a piece of string to measure mechanical parts to see if they were bent or misaligned. Not the most precise tool but it gave me something to do.

The trouble was that as the hours rolled by every vehicle that passed would stop and ask if I needed help.

I would wriggle out from under the foolishly small van. With dirt and dust on my clothes and long hair, and a string in my hand, I would say that my girlfriend had gone ahead to get tyres.

And so it went. Hide under the van, ponder, then there would come the sound of a vehicle stopping. I’d squirm out with my string and reassure the well prepared, beefed-up, 4WD owner; or worse, the giant road-train driver. Oh dear.

Then a tourist coach trailing a cloud of dust thundered by, stopped and started backing up. The warning beep of the backing coach filled my soul with regret. Beep, beep! Oh damn! Beep, beep, beep, beep! Damn again!!!

“It’s alright. My girlfriend has gone to town to get some tyres”.

“I might just be able to help you” said the driver as he swung out the door.
He was followed by a bevy of young girls, all smiling at my misfortune. It was a young persons’ tour and they curiously packed tightly around me.

The driver opened a side-bin and there were two brand-new tyres of the right type.

“I picked these up at the side of the road ages ago. Are they any good to you?”

“How much are they worth to you?”

Oh poo! “Sorry. My girlfriend took all the money and hasn’t come back”.

“Come on. They’re new. They must be worth something”.

I looked down, anguished, while the young girls gave out amused sounds. I blushed. My ego was demolished; laid bare.

Then from around the front of the coach ran Claire laughing. She had broken free from the youths who had held her captive while the play was acted out.

That event set the tone for our later marriage. It has never, ever, been boring.

Claire is now a university professor and we travel overseas. I carry a bit of string in my pocket just in case.