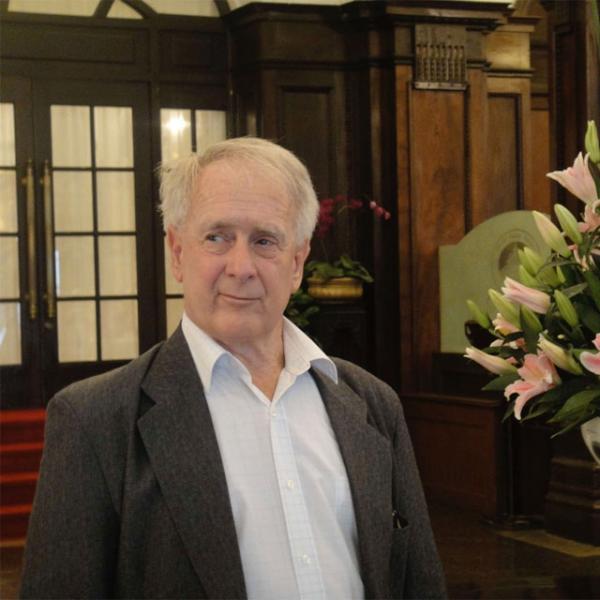 A conference had brought us to Brazil and I had arrived in Sao Paulo an hour earlier than my wife, Claire.

A student was meeting us so I looked about for a young person holding a sign. Strangely, a likely person, a young African male, refused to let me read his message. He hid it every time I approached.

It turned out he was the likely spotter.

Unusual, but it turned out to be significant.

Claire excitedly found our driver, Tiago, amongst the crowd. He placed our belongings in his car and we happily chatted away about the conference and university politics as we travelled along a freeway.

After ten kilometres we slowed, turned off and found ourselves actors in a cultural event. A small car swerved and crashed into our front and another car ran into our rear, blocking us.

Two men dressed as policemen bounded out of the first car. One struck Tiago with a revolver. Short bursts of Portuguese sounded and Tiago climbed into the rear seat beside Claire. The armed man slid into the driver’s seat and another slid the other side of Claire.

Claire thought, ‘We’re in an accident and within seconds the police are here. Gee, they’re well organized’.

She makes excuses for the mistake. It was night-time, it all happened so suddenly, there might have been a police-box on the corner. I know it’s because she’s a suitably vague professor.

Me? I felt I was on the Transformer Ride at Universal Studios.

Claire was addicted to that ride. I knew it well and reacted appropriately. Sit stiffly upright, mouth open and stare ahead.

The car blocking us pulled away and our new driver started yelling at us, “Dollars, dollars, dollars.” My wallet was in his face so quickly that we were both surprised.

Claire often travels to out-of–the-way places and anticipated she’d be robbed one day.

“Are we being robbed?”

To everyone’s surprise she burst into long amused laughter. The wait was over.

The crooks must still be wondering about that.

The backseat robber stretched over Claire to take Tiago’s watch and go through his pockets. She suddenly remembered her engagement ring. It has a very big diamond. Precious. She’d had to buy it for herself.

Grimacing she painfully forced it off and into a shoe.

I quickly bent to untie my laces and wondered, ‘They’re not going to steal my shoes are they’? I wanted to object but the driver gave me ‘the look’. Apparently tourists often hide their money in their shoes.

Claire now had to find another hiding place … in the car’s lining. Good idea.

We drifted to a stop. I looked up. We were in a dark street. No traffic, no pedestrians. The driver wasn’t shouting at me now. He was shouting at Tiago.

That was a pleasant change.

He turned his revolver on Tiago and blood poured down Tiago’s face.

Apparently Tiago had borrowed his mother-in-law’s car and didn’t know how to open the boot.

Well … his mother-in-law’s car had really cost him this time.

The opening button was found on the dash and I heard the boot lid pop.

Our driver calmly said something.

It could have been ‘Good night or have a nice day’ for all I knew. I later learned he’d said, “Keep your heads down. If anyone gets out of the car they’re dead.”

The car heaved as our luggage went on vacation without us and we heard cars drive away.

Tiago peered through the blood and said, “I’m going to ring the police,” and hiked to a phone booth.

‘It’s a tough life for students in Brazil,’ I thought to myself.

Police cars with sirens and blue lights arrived. An officer strode over with arms outstretched, smiling, “Welcome to Brazil!”

Reporting to the airport police was enlightening. Apparently the white suitcase was the problem.

The suitcase had likely been emptied by a baggage handler and refilled with cocaine. This explained her bag coming out late.

She’d noticed the bag was heavy. Tiago remembered that the first thing the criminals had shouted was, “Where are the bags?”

And, the bad guys usually take the car but luckily the drugs were the essential haul.

Claire then told me she’d forgotten to insure us.

“Ring in the car lining, not so clever,” I said.

“You owe me one” Claire reminded me with her impish look.

We had to sleep naked that night.