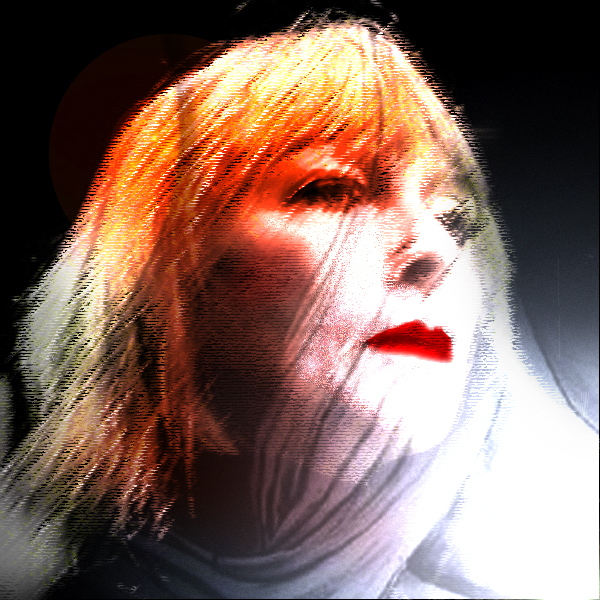 “All is vanity” said Rembrandt – perhaps referring to the art of portraiture. One wonders where vanity intruded on his many illuminating and dauntingly candid self portraits. The vanity in portraiture lies in the conceit of being chosen in the first place, quickly followed by dismay at the result.

Sitting for a portrait means putting oneself on the altar of how the artist sees you. Over this perception of oneself comes another truth – how others see you. There lies the terror and the ultimate definition of vanity.

The uneven parallel lines on which portraiture is addressed, both for sitter and artist, invoke a complex psychology. At play are powerful issues of ego, attitude, self image, self worth, pride, expectation, experience, passive intimacy, truth, courage, conceit, sense, surrender, staring into a mirror not knowing what will be reflected back, intimidating one-to-one eye contact for long periods of time. And faith, hope and charity.

Gertrude Stein complained to Picasso that her image as painted by him was inaccurate. “I do not look like that!” she protested. “You will”, he replied. Implying that portrait painters have license to represent the future, to see in a face or figure what others do not see, or more importantly, what the subject does not see? They call it ‘essence’ and the license that goes with this vague term is where the problem lies.

The sitter is mute. She can have no bearing on what goes on behind the canvas. She is passive in every sense which means her features inevitably settle into a map of some inexplicable expression hopefully expressing the magical essence but in my case expressing only an imperial snottiness, a holier- than- thou mask not unlike my mother's. This only serves to deepen the horror when one finally does manage to steal a glance.

The model, mute as the drawing itself, may have no input. She has no purchase on what is unfolding. She is tangled in the artist’s web, her heart fluttering like a dying butterfly. It is a rape over which she has no power. It is HIS picture and the prize, if he wins it, is his alone. The sitter is merely the participant.

Rodney Pople is a close friend, famous, controversial, widely discussed, debated and collected. The first true avante-garde painter Australia has sported for quite some years. “You make me look wasted,” I complained, Gertrude Stein like.

“You are wasted,” came the reply. I did not recoil at this but rather took it as a metaphysical insight into the wasted expanses of my life as inscribed on my face and body. I am not vain (or so I thought), I respect honesty and Pople would be incapable of bullshit. Being already famous one faces the challenge of a portrait by him a bit like getting EST – it will hurt but it will ‘be good for me’. I must believe this is ‘for my own good’, that I will forever be perceived as this frumpy old woman when paraded around the country as Rodney Pople’s latest portrait, is a triumphant aspiration in the interests of contemporary art, and more importantly, good portrait painting.

Disquieted by a peep at an early sketch, pondering where it was heading, already feeling like a lamb to the slaughter, at the same time counselling myself on the prestige involved, that Pople could win $150,000 for this, the richest art prize in Australia – the Doug Moran!

The peep revealed a dearth of poetry, lyricism, mystery, perhaps, dare I say - the charm of a woman’s faded beauty. None of these expectations were in evidence. “I can see your essence,” Pople confirms, confounding me further.

Among my fetid musings about portraiture ran the question – is the subject a muse? Muse for a day, two days, a week? Is the sitter some form of inspiration, or is she removed from the deeper mysteries of the creative process? Is she merely the motive for hopefully bringing in the bounty of fame and fortune?

When Brett painted my face twenty-five years ago I felt a dismal disappointment then that he did not see me as something at least pleasant to behold. Was I really again facing disintegration on canvas, immortalized as something cold and old?

William Pidgeon painted me as an 18 year old for the Archibald. Though widely praised, the picture was denied the prize because I was not a ‘Figure of arts and letters’. He had another go the following year when I was 19 and this gorgeous result, of a young woman on the cusp of womanhood, won the Women’s Weekly Art Prize. Pidgeon, who had been staring at me for two years, was a tiny bit obsessed with the mystique of pubescent womanhood, the secrets of ripening youth, as Brett had always been.

I had had no more control over that sitting at 18 than I did in my 70's for Pople. The artist in command has sparse regard for opinions that have no more importance or bearing on the outcome than one of his brushes. Although dismayed, I was confident of serving the great God, Art.

Next day I felt a strange liberation, as though something had been taken out of my hands. Having seen myself as my good friend Rodney Pople saw me I had nothing left to lose, so to speak. I contemplated a stark truth about myself. My entire concept of vanity or self-image had been mercilessly reconstructed. All the illusions of what I assumed or hoped I might look like to others had been thrown out with the mascara and the dirty paint water. I was fucked and I felt free. Had I been a Muse for Pidgeon or Pople? I didn’t care. The experience had certainly done away with Rembrandt-ian notions of vanity.