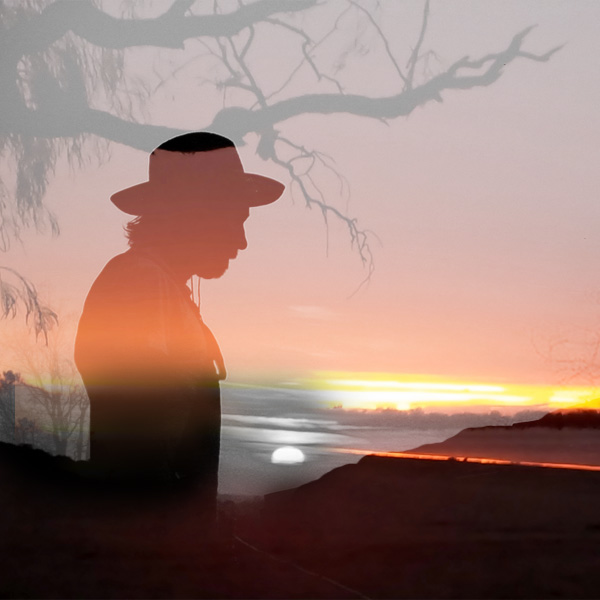 When Tom breathed his last painful breath and was put to rest in the tiny local churchyard the crowd was enormous. I was amazed at how many people actually lived in that wilderness. He was loved and respected and Dorrie was exalted for having tended to him, kept him alive in fact.

It was a bitterly cold day with an icy drizzle making everyone miserable as we stood outside the church and watched Old Tom being lowered into the basalt-red earth. Dorrie was wearing her best cotton floral dress, a cardigan clutched around her in an effort to keep warm. She looked so small and sad, the tears rolling down her worn cheeks, a hanky crunched in her sun browned hands, handbag over her arm, the parting in her hair snow-white where she had not found time to apply fresh brown dye – her only vanity. People gathered around her in an effort to give comfort.

My heart throbbed when I thought of her tiny house without Tom sitting by the fire. Everything had been for him, his every breath watched over by her. The thought of that emptiness was too much to bear. She had been my friend, I knew the love she was capable of. This loss is the terrible price for one who has devoted their own life to someone else.

The dark brooding hills of the Abercrombie rolled steeply away from us. The tiny cemetery with its assortment of small tombstones for children and babies who hadn’t made it for various reasons: scarlet fever, influenza, malnutrition. The Great Depression had hit families on the land hard.

The heels of my boots sank comfortably into the damp earth as I looked around at the crowd of mourners. Tom was a legend, a shearer. Being a very good shearer gave men status in the bush, like someone who had played rugby for Australia. These were the glamour days of shearing when wool was at a premium, farmers were rich and shearers were plentiful, travelling from shed to shed, drinking hard, winning competitions, being popular with the girls, wrecking themselves.

Tremendous wealth came from all this: what is now so deeply a part of the national myth, in stories, songs, poetry, paintings, books, movies. All the ways that keep magic alive. But, like any sensational burst of wealth, the guts fell out of the relatively young industry, when lighter, easier, man-made fibres crept in, devaluing wool’s usefulness to the ever-growing fashion industry.

The story of wool in this country is loaded with paternalistic mystique. The wealth from wool, in its time, was only surpassed by what was found in the goldfields. Realizing conditions were perfect for the growing of ‘fine’ wool, John Macarthur, a British politician, and his wife Elizabeth, shipped the first merinos from England, laying the foundation of a rural based economy. Thus began an industry and an odyssey which would dominate the economic life of Australia for the next two hundred or more years.

In the church we sat very close together holding hands and whispering to each other. As we listened to the spoken words about our old mate, about his useful life and how he would be missed, we felt keenly that Tom was childless and the fact of his dying without heirs made us even sadder. The issue of children was again spoken of between us as we ourselves had been trying, unsuccessfully, to get a baby happening.

We suddenly felt lonely in a world devoid of this man, along with the absence of our own children. Tom was probably not yet sixty. Farewell Tom.