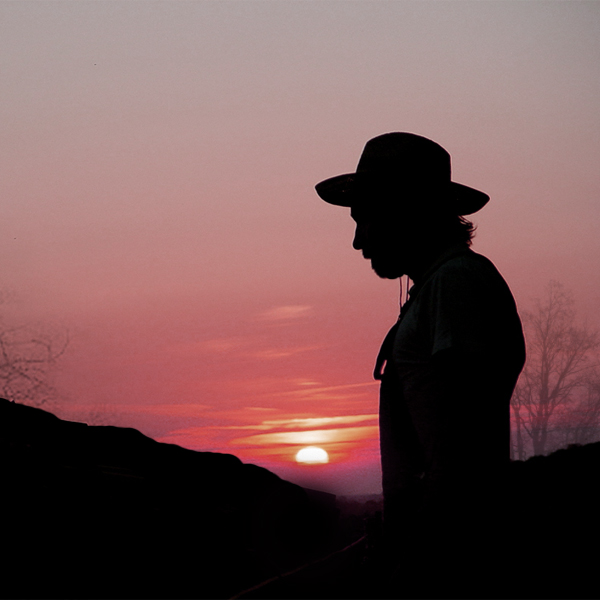 Sometimes I would ride our horse Copper, a stock-horse–cross, or walk across the few paddocks separating our farms, and along the creek to visit Dorrie and Tom. Tom would always be sitting by the kitchen fire, whatever the temperature outside. I would sit with him, listening to his stories which, as were always stained with complaint, as with all farmers, watching him as he stared into the fire like a big old cat. The kitchen had become his last pozzie in life.

Day after day he sat dreaming and thinking with a blank expression whilst Dorrie rushed around bringing him meals and cups of tea with biscuits from the oven, heating- up formula for the poddies, collecting then cutting up veggies for the stock-pot (the one that smelled of mutton fat), picking flowers for me, feeding the peacocks, tending to Tom’s every need and muttering to herself.

He enjoyed our visits and was particularly fond of my beloved. I guess male talk made a pleasant change from the babbling of women. He had many visitors, some being female relatives. Many people cared about Tom which made me think he had been good to a lot of people.

When we visited together I noticed my bloke would talk slowly and loudly in imitation of Tom, as though he were hard at hearing or an idiot child. To my ears it sounded patronizing but Tom didn’t care. Old bushies talked like that - when you met them at the farm gate, when drinking their beer or smoking their rolled-up fags - the wheels turned slowly, no one was ever in a rush. Tom was definitely one of those old dudes who wasn’t going anywhere, so what the hell?

I guessed there was a really filthy humour lurking behind his nerdy old black framed glasses, cloudy with grime. He looked more like a retired maths teacher than a famous shearer. His skin had a grey pallor betraying the lack of oxygen. He was still smoking despite his ruined lungs and his many visitors enjoyed a smoke with him.

He was like an elder, an old king. I wondered if there had ever been a woman in his life apart from Dorrie who seemed to be his sister, but wasn’t. Apart from that day when we shore the rams, I had never seen Tom Mills on his feet. I suddenly didn’t know if he was tall, although I imagined he was.

The fags didn’t bother Dorrie. It was the grog she feared and abhorred. Tobacco was so much part of life on the land no one took any notice, and anyway cigarettes didn’t make you crazy. As long as Tom was sitting by the fire she was in control, and he couldn’t drink, not that Tom had been a drinker. Most shearers were, but this I did not know. She had no such control over the other blokes in her care however, Jimmy was well gone on the booze when we left the district, as were others of her ‘family’ she watched over - the men without women. We looked forward to our visits to Tom’s dark mutton-smelling cave with its fire kept crackling by wood carried in my Dorrie, its various cats lying about. We often stayed for ‘tea’, never going home empty handed.

We knew little about these people who had taken us on, taught us so much. In the bush outsiders are generally regarded with suspicion - the trust and acceptance they showed us was characteristic of their grace and generosity. As with Dorrie, Tom never spoke of his past life, their personal histories were a closed book to us, secrets held close to the chest.

Our conversations were as dry as the drought – the monster squatting outside, the terrible experience shared by anyone on the land then. Farmers who had lived through the early nineteen-eighties in the bush, will never forget the deadly struggle - the destruction and heart break that long ‘dry’ wrought, and how it wrecked our lives.

Weather, prices, sheep, always sheep, shearers, shearing sheds, dogs, what was a good dog or what wasn’t and why, what sheep had fine wool or cross-bred wool, lambs, lambing, calves, cows, stock feed, grass and rain, always rain, and when it would rain. Even IF it would rain!

Old Tom knew everything about everything to do with these things, knowledge he intoned like a college professor. In fact I always thought that knowing him and Dorrie was like being at a unique University, the information flowed, holding us in the spell that was their lives. Tom’s pronouncements - slow, effective and sparingly delivered had the element of doom, despite the wry smile which rarely left his face. There appeared to be no bitterness in him despite the harshness of his life – the life we ourselves were experiencing with their guidance.

These people never trivialized what we, in all our romantic ignorance were attempting, never condescending as they watched us gnawing away, falling down and getting up, at what they had been doing for generations. Old Tom must have thought us bloody idiots, but all he ever did was help and encourage. Without their simple goodness and advice we would have resembled surfers caught in a rip yelling and being ignored.

You could say that money, sheep and lack of rain ruled our lives. It was bloody marvelous!

Something I read reflected our relationship with Tom and Dorrie: “Their sense of individuality itself was lost in the sense of the possibilities that lie in the interaction between those who can be made one by reason of their incrongruity.” Isak Dinesen, Out Of Africa.