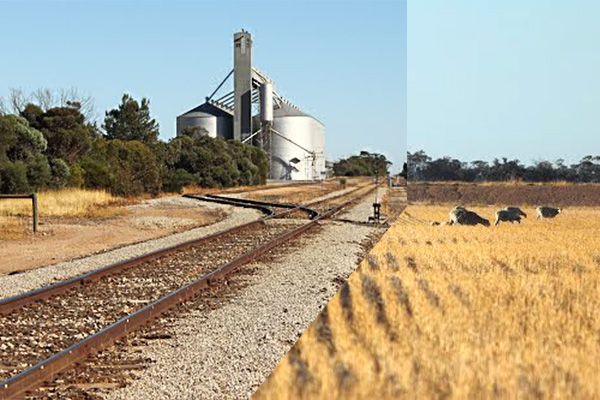 This small town was once in a desert I'm told. I don't know how reliable the source is...well I do, it's my mother. But since I've been relegated to this (possible) "reclaimed desert" for at least the time being, I have decided to go explore it.

We are in the Mallee, a wheat belt area in North West Victoria where farmers in recent years have also been planting canola and in the process creating great splashes of yellow across what used to be a monochrome landscape. These crops are being harvested now; we hear farmers leaving early in the morning and see the lights of their harvesters shining out of the darkness late into the night. Yet ,despite the activity, there is a silence that comes out of this landscape, particularly in the evenings, and with a mass of stars against a brilliant black sky, it feels elevating.

The sun's rising at this time of year usually means a day of heat, sometimes fierce. So trucks start appearing from early morning with their loads ready to be weighed. Any harvest which had spilled onto the road attracts birds which are, by gorging, putting their lives at risk because they become too heavy to fly off quickly in the event of a passing car.

As the silos start to fill, long freight trains become noticeable by their sound. That deep rumble has become a source of curiosity to me, mainly because the schedule appears to be completely random. So drivers who have carefully avoided hitting and maiming birds on their way in, are at risk of dying here because every train is unexpected. A saving grace is that the silos sit only a few hundred metres from the crossing, allowing enough time to test one's defensive driving skills.

From the town, the local roads are mainly gravel until they reach a point where the Council will go no further and here they revert to red earth. On either side are farms, flat to the horizon, the view blocked by an occasional cluster of trees.

Though there is less livestock now than in the past, the tree planting program in the last few years has meant more shade for the sheep and cows than they had before. But still it remains for the animals a cruel life. Today is 43 degrees, yesterday was 42. And after midnight last night heat was still radiating off the ground. As most sheep and cattle have only the shade of the perimeter trees round the farm, I don't know how they are coping - even with temperatures in the 30's, sheep are often seen panting. The sight of their suffering is unbearable.

Today has been declared a day of extreme fire danger. And everyone is hoping that a change will arrive soon.