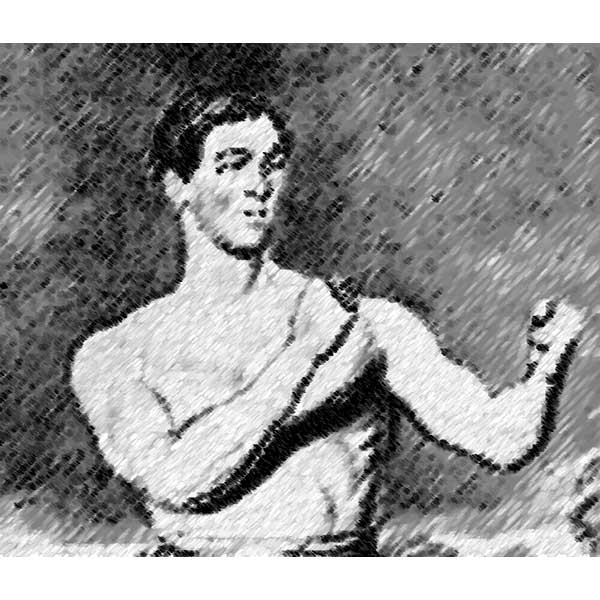 In my twenties I was living in Melbourne, out of work and looking up ads for a job. One that sounded promising and different was for builder’s labourers' on a construction site in outback Queensland. I applied, was offered an immediate start and hurried up there. The job was at the recently opened Mary Kathleen Uranium Mine, in the bush fifty miles out from Mount Isa.

I was keen to save money quickly and return to the coast where I hoped to buy a yacht and try ocean cruising. This meant staying off the expensive booze available on site, and buying soft drinks as it was a pretty hot place. Drinks bought up from the coast were costly, so a manufacturer of lolly water in Cloncurry decided to send his son, Clarence, to start a branch business on the Mary Kay field.

The kid made some God-awful brews! He attempted to make Ginger Beer, Lemonade and something we labelled 'Cloudy Ammonia'. The Camp Manager wouldn’t allow him to use the precious filtered water from the rain water storage tanks, so he pumped from a nearby creek. The water wasn’t exactly clear, so Clarence had to change his Lemonade label to Pub Squash. In fact the water was so bad he pumped it at night away from prying eyes, into a tank mounted on a borrowed trailer. This Ginger Beer was Pub Squash with a shot of some chemical in it that was imitation ginger, and was known as ‘Clarry's Firewater’.

For a while he prospered with sales to the non-drinkers, but things went down hill when the place employed a Health Officer. This bloke tested his products and found they were well over the acceptable limit of bacteria count. Clarence said he couldn’t understand why this should be so. There were no dead animals in the creek that he could see and it was well away from the camp’s waste water disposal system. Furthermore, his old man had told him about maintaining something he called ‘hygiene’ in the factory.

He dropped his campaign to be allowed to resume production when one of the maintenance staff had a quiet word to the Health bloke. It seems that on a number of occasions when Clarry’s cartage outfit was out of action, he had borrowed the tanker used to empty the septic system. “I give her a proper wash out first," he protested.

One of his customers, known as Mungo, was unhappy with the drink manufacturer, especially as he had been off work crook or a week after binging out on ‘Cloudy Ammonia’. And he offered to give Clarry a hiding.

Clarry only agreed to take Mungo on after his mates, egging him on, told him that the bigger they are the harder they fall. They also offered to teach him all there was to know about how to box the next day, and to remember that Mungo was often drunk and would be no problem to flatten, quick smart.

A properly supervised bout was organised to take place in week.

Clarry went into serious training, with proper boxing gloves, a masseur, ringside assistants- the whole works. His spies reported that Mungo was still on a liquid diet and would be a pushover, if he didn’t fall over first! Lofty Jones the local Bookie offered 10 to 1 against the purveyor of fire water, now billed as ‘The Killer Kid’. On the day of the contest a road grader was organised to smooth out an area near the tents, and lengths of building material were laid in a rough circle to outline a ring.

Finding an impartial referee proved to be a bit difficult. John Adcock, a young electrician, was finally selected on the grounds that he would be fair and reasonable because he was always reading a bible and telling everyone in earshot that he was a Christian and training for the ministry.

I reckon there were around a hundred blokes and Flo and Gloria - two waitresses from the kitchen - around the ring when The Killer Kid made his entrance. He was resplendent in a silk dressing gown and flanked by two handlers. Wearing his regulation boxing gloves, and lace up sand shoes, he danced his way into the ring. There was no sign of Mungo.

Lofty stood on an oil drum shouting the odds. The book price now changed with lofty only offering 8 to 1 against the Killer due to his impressive entrance and shadow boxing while he waited for his opponent to appear.

Mungo’s supporters were urged on by Lofty who could see the event being declared a Non-Contest. They searched the camp for the big drunk. He was located asleep in the back of the sly-grog-dealer's van. Several buckets of cold water to the face and some offers to rearrange his features saw him stagger to his appointment.

Killer by now had stripped to bright red boxing shorts, which like the gloves and dressing gown, had been flown in from the coast. He was, however, starting to look a bit tired from the continual dancing and rapid air punching. And Lofty put the odds back up to 10 to 1.

Holy John, the Referee, taking his responsibilities seriously, demanded that Mungo wear regulation gloves. There weren’t any as Killer had the only pair known to exist this side of the coast. So Holy John suggested that he take his off and they fight bare fisted. Lofty put the odds against the Killer up to 12 to 1.

Finally Killer agreed to go without his beautiful new gloves and they entered the ring.

Mungo appeared barely able to stand, and by this time the Killer’s advisors had convinced him of his own superiority and he was eager to demolish Mungo. Someone yelled ‘Ding ding’ and the fighters were pushed towards each other. Holy John gave some warnings about hitting too low, breaking clean and other stuff someone had just told him.

The Killer started to circle, dodging, weaving and throwing punches, while Mungo, 20 feet away, tried to focus sufficiently to work out where he was.

The crowd got restless and started hurling insults. Someone pointed out Killer to Mungo and he ambled in that direction, hands in pockets. Killer stopped in front of Flo and Gloria and gave them a dazzling display of shadow boxing which raised considerable dust. Unfortunately one of his fast moving feet tripped over the other and he went down in an embarrassing heap.

“Lookout here he comes," as Mungo arrived within striking distance.

Clarry regained his feet and turned to face his opponent. He moved in rapidly, throwing a flurry of punches a foot short, and then dancing back out of danger.

‘Get on with it yer mugs.’ ‘Why don’t you kiss him you poofter!’ and other useful advice was offered. Flo even contributed, ‘You bloody cream puff, Clarence.’

Finally Mungo concentrated hard, saw The Killer, walked up and gave him a clout on the ear with an open hand. The crowd hushed as Clarence clapped both hands to his whacked ear, fell to his knees and cried out. ‘Mum!"

There was a stunned silence as he regained his feet and bent double, arms still up to his head, crept out of the ring between Flo and Gloria’s chairs. The crowd watched until he reached the tent line, entered his tent and closed the flap. Then the laughter started out of control. Men had tears rolling down their cheeks. Some just sat on the ground helpless with laughter. Lofty keeping his head, disappeared promptly in case there was a non-contest dispute.

Killer packed his equipment and personal belongings that night and departed.

Back in Cloncurry he explained to his father that high production costs, decreasing sales and the ever increasing difficulties maintaining good standards of hygiene had made the venture unprofitable.