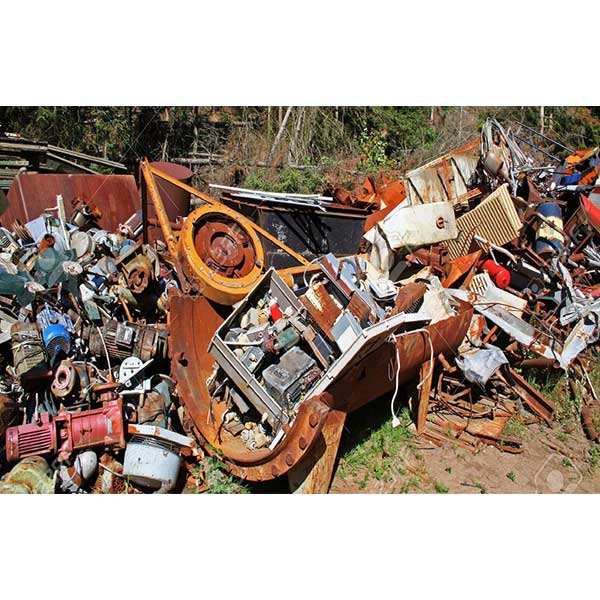 I was wandering across America in my 20s and stopped at an employment agency with a window display. I noticed a job available on a farm and thought, ‘What the hell give it a go. I’ve been on the road for two weeks and could use a rest and some cash'.

I had an interview and was offered the job on a property 50 miles out of town. I said yes, and was told it was an ‘All found job plus $20 a week’, I was given a ticket, directed to the bus station and told the employer, a guy called Calvin, would meet me where the bus stopped in Dinger’s Falls, the town nearest to his place.

When the bus arrived the only thing I could see that dinger might have fallen into was big dump on the edge of a dry looking one-horse town.

Waiting at the bus stop was a bloke with bushy beard, ruddy completion, grotty overalls and a big smile. ‘I’m Calvin Hankshaw.’ He gives me a friendly handshake and we climb into this old Pickup.

Straightaway he starts telling me what we are going to do out on the farm. We arrived...

The place was twenty acres of rubbish! He was a junk collector. Big time! The first thing I saw were washing machines on their sides with the doors open.

"Theses here are duck hutches," he explained, "and that big frame over there is gunna be a hot house for tomatoes, an’ we gunna put a fence around the duck area with little tunnels from each washing machine inta the hot house."

"Yeah I can see it all now," I said, beginning to wonder if I should leave while I had the chance.

"Yes yer see the ducks will come into the hothouse and eat up all the snails and other beasties. That way I will get fat ducks and healthy tomatoes."

I thought it best to change the subject. ‘What’s that old shack over there?"

"That’s my home," he said with pride.

As far as the eye could see there was junk. Broken down trucks he had cannibalised for parts, remains of a semi-trailer, rolls of rusty wire and water tanks with gaping holes. I spotted a sheep that hadn’t been shorn for yonks, a donkey with a lame leg and a pig.

At the house I was shown my room. It was on a back veranda with sheet metal walls made from flattened tins. To get to the bed I walked along a plank across bearers where he had run out of floor boards. Thankfully the bed itself had some flooring under it. But if you got out of bed and missed the plank you could end up on top of Alfred his pet pig that lived under the house.

"Listen Calvin," I said. ‘The first thing you have to do is rig me a shower. I must have a shower after work."

He loved the idea.

"I’ll start on a plan," he said, and rushed off to his drawing board in the shack.

While he was in there I had a look around the estate. I don’t know what the donkey, pig and sheep ate as there were only a few patches of soil showing between the mountains of junk. I spotted a guy heading my way from next door.

"Gidday mate, how they hanging?" I asked.

"Who are you?" he demanded.

‘What are you doing here?"

"Oh, I’ve come to work with Calvin. Calvin and me are goin’ to clean up his place. Soon be looking neat as a pin."

He just stared at me.

"Take my advice and clear out. I’ve had enough of that no-hoper. He’s been warned a dozen times to clean his mess up. Now it’s action time. Get the hell out while you can." He strode off.

Jeez I better warn the boss, looks like a posse coming any minute!

Calvin stopped drawing plans when I gave him the news.
"Quick! Come with me, lock the gate, pull the shutters. We’ll be able to hold them off from in here."

"Don’t worry about your front gate, Cal. This guy will come in through the back fence from his place."

"What’s the score mate, you better fill me in?"

He pointed to papers on a desk.

"The County’s been trying to make me get rid of my private possessions. I’ve been getting cleanup notices all year. Now they must be coming to arrest me. Get the shutters closed!"

He ran out to padlock the gate. I swung the window shutters. When he returned, he hauled out an ancient double-barrelled shotgun and dragged the kitchen table aside revealing a trapdoor.

"Down there’s a cellar. If they get close enough to burn the house we can go down there."

"Jeez, Cal we’ll roast alive with the house burning on top of us."

"No, no, it will be fine, I’ve been digging a tunnel for months, it comes out over near the used-car department. We’ll get away alright."

His eyes were wild, spittle drooling onto his beard; it was high noon at the OK Corral.

"Give me the lantern, Cal, and I’ll make sure everything’s alright down there."

"Give me the bloody lantern."

Down the steps and I was in small dugout. There was a tunnel in the opposite wall. I had to crawl, but made my way in and came across a bend. Around the bend the escape route stopped with a pick and shovel leaning up against a blank wall!

Back upstairs I didn’t say anything. He was busy lighting a fire in the open fireplace to deter the sheriff’s men from coming down the chimney. Soon all was ready and we sat down to a meal.

I had just started my second cup of coffee when a car horn sounded. Cal jumped to a peep hole in the front door.

I took a look. Behind the Sheriff’s car there was a convoy of vehicles, including a low-loader carrying an excavator. Cal held the door open a crack and yelled.

"You won’t take me alive, you bastards. Under the Constitution I have the right to bear arms to defend my property."

The Sheriff appeared beside his car holding a loud speaker...

"Mr Hankshaw, we don’t want no trouble. Just stay in the house and everything will be fine." He waved some papers. "I’ve got County orders here. You can’t say you haven’t had plenty of warnings."

They cut the padlock of the gate. The excavator was unloaded and rattled into the yard.

"Goddamm it, the bastards are gunna bulldoze the house down with us in it," declared my employer.

I could see this shaping up to be one of those jobs where I would have to quit without holiday entitlements. Cal poked the shotgun barrel through the open door. I grabbed the gun and pulled it downwards.

"Hang on mate, you can’t hit them at this distance. Maybe they’re just trying to scare you."

The excavator headed for the nearest pile of junk. Behind it came empty tip trucks and a large flat top. Cal watched in dismay as the excavator lifted his precious possessions onto a truck. As soon as it was loaded it rumbled off and another took its place.

I couldn’t but feel sorry for the guy. For three hours we were pinned in the house. I looked out a back window and saw men loading the duck-house washing machines while the excavator worked on the car bodies.

With the last load on its way, the Sheriff wheeled his car up to the house and threw out a paper. "There’s your receipt Mr Hankshaw. One hundred and thirty five cubic yards of trash removed on the Orders of the County Health Officer. Have a nice day."

We ventured out to a scene of what Cal called utter devastation. The donkey and the sheep were already at work feeding off the grass that was now uncovered.

"Cal, you haven’t got any ducks yet. You got no tomato crop and only a half-built hothouse."

"Oh no, my vehicles! They’re all gone. The bastards! I was going to do ‘em up next week."

"You better have the rest of the day off," he tells me. "We got plenty of work to do tonight."

He looked at me as though it was a silly question. "Get my valuables back, of course. I know where the bastards will have stashed my stuff. Everything will be at the same dump I got it from in the first place."

He hooked an old car trailer onto the Pickup and we spent the night hauling stuff out through a hole in the dump’s back fence. Thank God he couldn’t figure how to get the cars!

After a sleep-in, we started work on the shower project. Rigging up an outdoor shower should be handled in a couple of days. But the plans alone took that long.

We lifted a drum onto a platform rigged on a cut down windmill. A plastic pipe from this went over into a bucket. suspended in a makeshift shower enclosure. Half-way across Cal cut the pipe and inserted a coil of copper tubing that hung down over a fire that was to heat the passing water.

So there I was, standing naked in the shower staring at the nail holes punched in the bucket. The fire was roaring under the copper tubing. Cal was up on the tank stand, ready to open the feed tap. I waved OK and he turned the tap on. The fire burnt through the plastic pipe and the drum quickly emptied onto the ground.

I dressed, had a quick lunch and forgot any pay in exchange for a lift into town. At the bus stop, Cal presented me with a set of drawings for a foolproof kangaroo trap he wanted me to try out back home. I pocketed the plans, shook hands and ran to a nearby bus marked Los Angles. Time to move on towards the west coast and home.