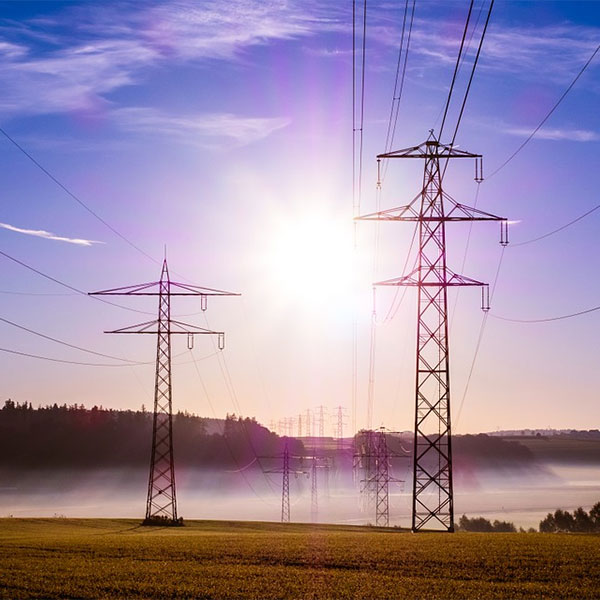 Grandma Emslie rose from her chair very graciously. On the stage with her were various important dignitaries, the popular local mayor, a blustery member of state parliament and the humble president of the Wangaratta South Hall Committee. She moved toward a lacquered wooden box, switched on a brass switch above a plaque displaying the important information for posterity: that electricity was switched on by Blanche Emslie, the oldest resident in Wangaratta South on this day in 1951. Ever a gracious lady, Grandma executed her task and held her proud head high. She said a few appropriate words and sat down amid clapping and cheering from the local residents who were bathed in the new bright light.

A few days later as each house was connected, Dad stood by the door in the kitchen. We were all assembled to witness our own ”turning on” ceremony. Noticing the long metal black tube that conveyed the new electrical wires from the roof to the ugly brown Bakelite switches, I shuddered. I could understand why Grandma was so miffed about the ungainly workmanship, but our solid home was double brick rendered and it was the only way we could have it wired.

“Here we go”, Dad was smiling, he knew now that his workload in the packing shed would be so much easier with power and his output much greater. Mum was grinning from ear to ear as Dad had told her she could now have a refrigerator, a washing machine, a vacuum cleaner, an electric stove and an electric hot water service. She would also be able to have a toaster, an electric kettle, a mix master and a new sewing machine. It was all too much for Mum to comprehend, but Dad would do all the purchasing anyhow. Suddenly the whole room lit up like a beacon, everything looked different. Grandma said, “Look, Emily, I can see into the corners of the room.” Mum was grinning and busied herself to prepare our dinner. The white clear light seemed to generate warmth, like morning sun on a lounge of lizards. Everybody was chatting they were so excited. Dad moved into the dining room to his resting place on the sofa to wait for his evening meal. He held the daily paper in his hands and mumbled, “It’s great to read by, I can see every word!“ to anyone who was listening.

Boy, did life change for the better at Olinda Grove. The 50’s were the prosperous years for us on the farm. Wool prices were on the up, various citrus fruits were in great demand on the local and overseas market, and our wheat was bringing good prices. The war was well and truly over and the world was slowly recovering. The 50’s were the only time in my parents’ life the money came rolling in. Dad had a shower installed in the bathroom and with an electric hot water service we had regular hot showers. A huge Frigidaire refrigerator was squeezed into the corner of our large kitchen. It had a small freezer; ice-cream was our only thought. No more tedious washing days for Mum boiling the clothes in the copper and the spin drier dried was a boon to her hard working hands. No more pungent smells from the kitchen each morning when someone forgot to turn the toast and making the morning pot of tea was a breeze. Mum even commented the tea tasted better! Old threadbare scatter mats were vacuumed bare until we eventually laid wall to wall carpet. Cakes were beaten up to perfection while Mum completed other chores. Stylish dresses were created with ease and the treadle sewing machine became a nifty table to put a vase on. The electric stove was handy at breakfast time, but never really took off with Mum, she still loved her combustion stove. Beverly was miffed at becoming redundant as the chief carrier of the kerosene lamp to our sleep out every night. On a cold winter mornings we all took turns at dressing by a glowing red radiator. The packing shed machinery hummed all day and output increased, reaping profits from growing post war markets. The shearer’s job became much easier but the sheep suffered nasty red gashes on their shorn white skin until the men became more adept at controlling the speed of the electric shears. Dad bought a brand new black Humber Super Snipe which was so big it had a seat for all of us, even Grandma. Life was good with electricity.