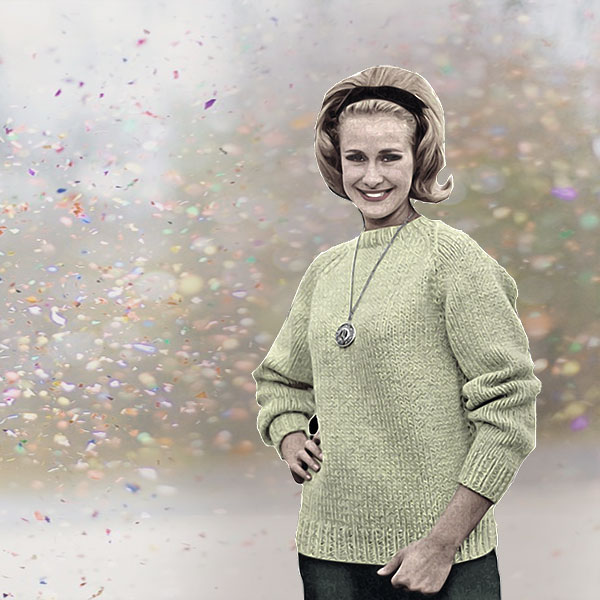 My Dear Jess,
Your daughter, Amy, rang today. It was lovely to hear her voice again. She said as she reads my letters to you, your worried face breaks into a smile and you laugh and shake your head. “Lemon Tart, Lemon Tart,” you repeat. You remembered the other nickname you gave me, wonderful! At the time I promptly called you “Jam Tart” and we roared with laughter. I had that terrible perm, and with my bleached hair, big boobs and thick mascara, you reckoned I looked like Dolly Parton.

In an earlier letter I mentioned Nigel, the superintendent of the saleyards. Jess, you and Nigel had such a great rapport. I think he liked you a lot. He had the similar dark eyes to you, although his were more of a chocolate colour. He was very lean and rangy, an ex-footballer, and he said he was of French extraction. He always pretended to discipline us, but he really enjoyed our high jinx. His hair was jet black. I once asked him, “What colour hair dye do you use, Nigel?” His eyes went dull, and he stared at me, looking quite hurt. “I really like the way you caKe your make-up on, Gwen”, he crisply replied. Every time we mentioned the word cake after that, we would emphasise the K as Nigel did, and get the giggles.

He derived much pleasure when upon taking phone calls for the customers; we would announce over the PA system something like, “Phone call for Bill Brown in the pantry.” His eyes would sparkle as he told us a roar always went up in the yards and the sale would stop momentarily.

When any unsuspecting agent or buyer asked for something hot, we would quip, “Yes, us.” New buyers or agents to the counter would get a “pizzling” (Nigel’s expression). “How would you like an affair with an older woman?” would turn any new bloke’s face red all over! We would get the giggles at their reactions and the regulars, knowing the way we carried on, would roar with laughter. The men, who realised we were all bluff, became our firm friends, “I fancy you, you know.” was one of your flirtatious little remarks. The men loved our risqué talk! Their wives would meet us in the street and relate the stories their husbands would bring home after a sale. Nigel would remain ever-protective of his girls.

Remember the day Nigel brought us some orange and blue bird of paradise blooms, and a lovely orange vase to put them in? We set them up in the canteen in the far corner and were really chuffed he had given us such a beautiful sheath of unusual blooms. Later that day, his wife decided to drop in unannounced and say hello. She knew we liked Nigel, and you always kept telling her you did anyway. As she was speaking to us she had her back turned to the rest of the empty canteen. All of a sudden we could see the bunch of flowers moving slowly at table height across the room toward Nigel’s office. Apparently, he had crouched down low so his wife could not see him while he was removing the evidence. He had picked her flowers for us girls! We could not move a muscle, Jess. It was hard not to shriek with laughter at the “Keystone Cop” comedy unfolding. When his lovely wife left I nearly wet myself. I was laughing so hard, and I remember you had tears running down your face. She had no idea what was happening behind her. Nigel affectionately called her, “Her indoors.”

I have so many stories to tell you Jess - I am remembering more funny incidents as I write. I used to tell my husband what we got up to at work at times. He did not find it at all amusing, as I could not tell it how it really happened! It was hard to relate just how funny each little incident was. He often called in to the canteen on his way home from work to check on things! He knew all the agents, buyers and farmers.

Mavis, our long-suffering kitchen staff, bought an unusual box of ghoulish coloured condoms to work one day. They were ugly, with all manner of frills and appendages on the outsides. We were really very naive about such exotic devices. “Hey Gwen, let’s put these condoms over the salt and pepper shakers on every table and see if the men say anything,” you whispered. I always did what you told me and I loved being an exhibitionist.

The noise of the sale ceased and the men crossed the road, entered and sat down for lunch. There was a hushed silence then muttering and finally muted discussion while they summed up the situation. When Mavis went to replenish the front counter with the coffee cups she had washed noisily around in the sink, a condom flew past her ear, then another and another. “Shoot! I`m getting out of here” she said, and rushed to hide in the kitchen. Suddenly visitors were queuing up at the counter waiting to be served. “Gwen!” you commanded with a serious face, “Will you please attend to the counter and ignore those bold men!” I obliged, and went gingerly out to serve.

I was attacked by alien condoms from all directions. I was so embarrassed; I hoped that the visitors did not recognise what was flying around, and tried to kick them behind the counter. The men had a field day. They were roaring with laughter, seeing us so embarrassed. They had one up on us and they revelled in it. Finally Nigel blew his whistle and the men returned to the yards to resume the sale. Above the cows mooing loudly you could hear them chortling, claiming a sweet victory.

You always wondered where I put all the food I ate, Jess. I was always hungry! Well, my appetite has finally caught up with me; I have become a calorie counter now and take daily walks. Take care, my special friend. You always said, “We may not make much money Gwennie, but at least we will have a good time.”

Dearest Jess,
It’s nice to be in contact once again. We sort of drifted apart a bit as we both moved on with our lives. I bought a sandwich shop in Warawatta and you stayed on at the saleyards canteen. I missed working with you, Jess, and I missed the men. But I needed to do something for me. With the city customers that I knew well, I would try out our sexy pickup lines. Sadly, it was never the same without you being there!

Remember all the cooking we did, Jess? Golden, fresh cream sponges, chocolate cakes with glossy brown icing topped with fine, white coconut. My mum’s date loaf with sweet dates and walnut halves, always so popular. Afternoon tea cake topped with cinnamon and castor sugar, and moist orange cake with tangy, citrus icing. All this was homemade, to appease the farmers. Remember your delicious carrot cake, Jess? One of the agents asked repeatedly for the recipe, as he told his wife how tasty it was. You kept promising to bring it in. After a good many weeks you spotted him in the canteen. “Harry, come here,” you gestured, “I have that recipe for your wife.” Out of your blue uniform pocket you produced the label of a packet cake mix. He was floored. “It wasn’t a packet mix was it?” He queried. You tried to convince him but he would not believe you. Poor Harry, he did not know what to think, and neither did I.

We cut endless delicious chunky sandwiches, all with the filling our men preferred. There was lots of roast and corned beef, with green pickles or fruit chutney, leg ham and savoury egg, to name a few. We made endless plates of salad with fresh green lettuce and bright red tomatoes. Then we added well drained deep red beetroot, and yellow slices of tasty cheese. On top was placed thin rings of white onion or green cucumber. A swirl of creamy mayonnaise was the finishing touch. Ice-cream and fruit salad followed and all this was washed down with bottomless cups of tea and coffee. At the height of the lunchtime rush the kitchen almost sang, we were both in our element.

I remember the time we had had a very busy day. We had to make a couple of salads for two latecomers. Our scrap bin was always a clean plastic bag. We had run out of lettuce. Mavis, who was now throwing cutlery into the workbench draws, remarked smugly. “You haven’t got any lettuce girls. You can`t make a salad without lettuce.” She liked to get the better of us. “Yes I have,” you muttered under your breath as you thrust your hand into the scrap bag. Mavis took a couple of little breaths inwards and cried in vain, “You are not going to use that.” You did not hesitate, Jess. “Its clean Mavis,” you quipped. “And just watch me!”

Remember the two older agents who worked for different companies? Between them they had multiple knee and hip problems but would arrive every sale morning at 7.00am sharp, rain, hail, or shine. They were real gentlemen! They would never in their whole lives have heard women talking the way we did. They had a great respect for us and we fussed over them each sale day. We made their day, and they made ours. We would give them a pat on their backsides as we went past, and they loved it.

Can you remember the huge stock trucks that would start rolling in their cattle and sheep cargo even before sun up? Terry had a bright green one with little black scrolls painted on the doors. He was always busy. Gramps drove an old faded red Bedford; farmers used his service for smaller loads. Bill’s truck was black with white scrolls and Don had a royal blue truck with orange scrolls.

When all the colourful trucks were lined up at the races they looked majestic, even though they had green cow poo dripping down the crates and onto the trays. The stock, be it sheep or cattle, always protested loudly when unloaded. When the wind blew in from the east, the smell was revolting, and the noise was deafening. I guess you really don't need to remember all that.

Dear Jess, I pray for you each day and hope you are content and comfortable. I am moving to Lilydale soon to live nearer to my daughter, I am struggling a bit physically and it’s time I moved into a unit. Do you remember little Jane? She has three children now, and such a wonderful husband. He is tall and handsome. I can just hear you saying to him, “I fancy you, you know,” and wait for the grin that always followed.

We made such great friends, Jess, and I am sure no-one was offended by any of the antics we would get up to each sale day. I shall always remember you, my special friend, and our wonderful working relationship.