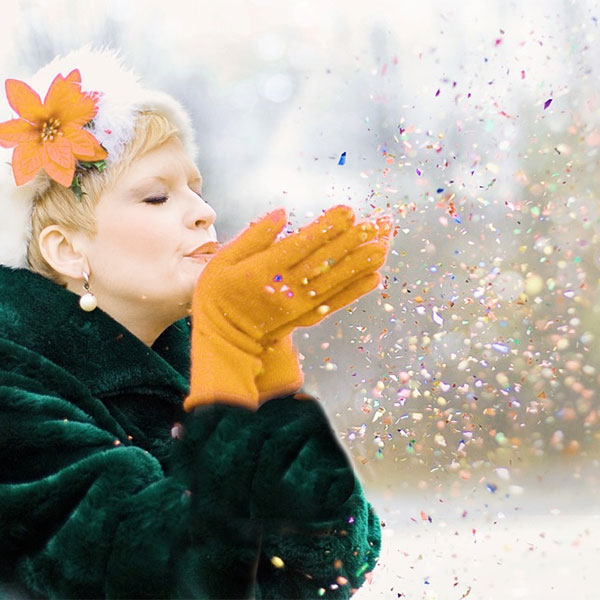 My Dear Jess,
I received your daughter Amy’s letter telling me of your sad news. I guess at this age we can all expect some form of memory loss, but no-one realises that one may really get Alzheimer’s someday. I am pleased to hear you have your lucid times and with this in mind I am going to write to you about all the fun times we had. We often said we would write a book about us working together at the Warawatta Saleyards Complex; then we laughed and joked about probably forgetting it all!

I remember the day I got your call. “Hey Moll,” you said excitedly, that was one of the pet names you had for me, “How about we go into business together? There is an ad in the Warawatta Chronicle looking for tenders for the canteen contract at the Warawatta saleyards complex.” “I have never done that sort of work,” I protested, “I really could not do that Jess.” Then you uttered your famous words, “Trust me.”

We set up the day before a sale, chatting to our friend Nigel, the superintendent of the saleyards, getting all the gossip of the past week. Our day started at 7.00am and finished around 5.00pm. On special sale days were often worked until 8.00pm. The Monday sheep sales were very short days, and there were two a month. The Thursday cattle sales were longer and busier; one each week, and every so often we had a special cattle sale on a Friday, which were very long, busy days. A horse sale was held a couple of times a year, also on a Friday. We were told never to give credit at the horse sales!

Do you remember the colourful character, Tiger Robinson, who when asked how many scoops of ice-cream he wanted, held up three fingers and cheekily said, “Three balls.” And when asked what flavour topping he wanted, said with a large booming voice and cheeky grin, “Any bastard will do!” Tiger was dark and swarthy and a very solid man. The other men told a tale of him being bitten by a black snake. He caught it, put it in a bag and went home to have a rest. Obviously he survived, I guess the snake didn’t.

I will never forget the day you took the ladder away from the roof of the canteen while Rod the assistant superintendent was fixing a loose nail. We waited for his call of protest, and then forgot about him. With the noise of the men in the canteen, and the dishes being clattered and rattled around by Mavis our employee, we did not hear him. When we went to check, he was sitting over the edge smoking a cigarette. “Hi girls”, he said lazily, as if he was greeting us for the first time that day. We just couldn’t stop laughing, as we thought he may have fallen off.

And then there was Morrie. He fancied anything in a skirt. You always reckoned he fancied me! He did have gorgeous blue eyes, but I was not interested and not available. Do you remember that woman who sometimes used to hang around the saleyards? She would get us to make up a cut lunch so she and Morrie could park in the Wararga Ranges during the meal break in the cattle sales. You gave her such a dressing down about playing around with a happily married man, to no avail. No amount of lecturing would deter Morrie from his rampant sexual activities.

Morrie was very cheeky with us too, and our flirty talk was right up his alley. Sexuality oozed from his pores and we constantly had to pull him into line. “We are only mucking around Morrie,” we would remonstrate. But when he entered the kitchen, a “Hello girls,” would melt us both. His face and clothing was never splattered with green cow poo like the other men and his blue eyes would twinkle when he spoke. There was always the odd proposition, always within earshot of the other men, but with Morrie we never took offence.

Of course, there was smart-arse Sunderland and his sarcastic nature. You had him fooled most of the time, Jess! Everybody was scared of him and jumped at his call. I felt he embarrassed you the day when we all noticed your Jenny Craig program was really working. He said, “By gosh, Jess, you really are losing weight, your teeth are getting bigger!” I was not game to look at you, you were speechless. I was a bit wary of him and always kept him at a distance. He was so sarcastic he spoilt all our fun! He would snidely remark as we walked past his table, “You girls think you are funny, you would go to water if I tackled you.” Silently I agreed.

Jess, you were always trying to get some of our favourite men into the pantry. One jovial type called your bluff one morning. He had you trapped in the tiny room like a dog with a rabbit. You actually went to water and all the men having breakfast in the canteen thought it was a hell of a joke to hear you screaming for help as he shut the door and pretended to strip. His wife said he talked about the incident for months.

I can also remember the time I got angry with you and slammed the door of the pie warmer with a terrible bang. Deathly silence followed. I thought, “Oh dear, that’s done the partnership!” Then Nigel the superintendent piped up, “I like a girl with a bit of spirit!” And with the situation defused we all had a bit of a nervous laugh. Any time after that when things got tense the pie warmer was brought into the conversation.

There was much laughter and jesting each sale day. The joviality in the canteen was far noisier than all the animals in the yards. The men enjoyed our cheekiness and after a while would give as good as they got! Jess, I went home exhausted from laughter, and I guess you did too.

Well, Dear Jess, I have many more stories to delight you, I hope you enjoy the memories that these ones may bring. We were a great team.

My Dear Jess,
The wonderful memories of us working together keep returning; they were very happy times. I reckon I have never laughed so much as the days when we were together. I cannot even remember if I have turned on the washing machine or not some days. It’s funny that, the way our minds work. I guess the exercise we get as we check on things is beneficial.

In my last letter I mentioned Mavis. Poor girl, she said she would love to come and work for us. She washed and dried dishes all day long, with frothy soap suds up to her elbows. She was so quiet and serious when she started, she would suck in little breaths of air when we said something suggestive or coarse. After a year or so we began to hear her flirting with our favourites. “If you want an affair with an older woman, I am available you know,” she would announce. Jess, you and I would just break up. “She is a good Catholic,” we would add, shrieking with laughter.

Do you remember breakfast time at the Thursday cattle market, Jess? You must not forget the colourful stock and station agent, Patterson. He always made a grand entrance at about 8.00am. His very long brown oilskin coat, nearly touching the ground, was crusted with grime; what we could see of his moleskins were just as grubby, and his RM Williams boots were always caked with green cow poo. The closer the men were to the cattle the more they smelled.

“What’s for breakfast, Jessica?” his demanding voice would resound across the depth of the canteen. “Listen here, Patterson, wait your turn!” you would snappily reply, with a glint in your lovely dark eyes and a toss of your glossy black curls. “I am busy with the other agents’ breakfasts and the menu is the same as last week.” Your smile was trying to break free as you held it firm. Patterson of course, would not be intimidated. He grins; he had the response he was looking for. He was never too sure if you were serious or not.

You flip over the crispy golden eggs and expertly move the sizzling bacon around the hot plate with ease; cooking the toast to perfection as you created a mouth-watering breakfast for our men. The aroma in the kitchen at breakfast time penetrated the nostrils and stirred the stomach juices. You always looked so comfortable by the stove top, and you were a great cook. The early patrons sit at their tables having already been served, their eyes twinkling in amusement; they would hear this repetitious retort with Patterson every Thursday. He loved to needle you! “OK, Jess,” he softens, “I will have two eggs sunny side up, two pieces of well-cooked bacon and two lightly cooked slices of toast, and make it quick!” “I am not your wife, Patterson” you reply curtly. “You may be able to boss Edna around at home, but don’t try it on me”. “Get out of bed on the wrong side this morning, did we Jess?” It was all we heard as he disappeared into the meld of agents now enjoying their meal or drinking coffee in the canteen. “And my name is Jessica,” was your final retort. Patterson`s face was covered with a cheeky grin. The farmers and agents had vestiges of smiles; most of them were not keen on Patterson and his bombastic manner either. The banter between you both was much the same each week and was always good for a laugh.

We reminisced at the end of the day; about the fun we had had, it made cleaning up the smelly cow poo and slimy mud on the canteen floor and table legs a little easier to stomach. I have been privileged to have you for a friend Jess; those years we worked together were good therapy. I have never ever laughed so much.