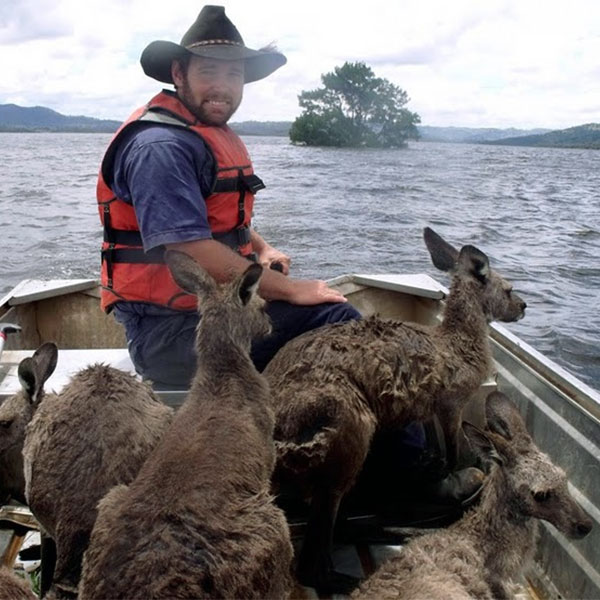 A super storm, cyclone or whatever it's called
Showed symptoms of ferocity that left us appalled
By the thoughts of destruction that soon would arrive,
And left many wondering if they'd be dead or alive.

Yasi hit North Queensland between Townsville and Cairns,
Disrupting transport and power lines and everyone's plans.
In shelters and bunkers people cowered from the storm,
Waiting and wondering if life would ever be norm.
For hours the wind howled as it uprooted trees

Bringing the entire region down to its knees,
Rain pelted the towns with ferocious intent,
Whilst rivers and dams filled with storm-water spent.

An eerie silence prevailed as the eye gave reprieve,
Those in the know sought to stay, not to leave
The shelter they'd gone to for protection and succour
When Yasi returned without letup or favour.

The intensity lessened, people poked their heads out,
When they saw the destruction, they could only shout,
“My God, look at the street where our houses once stood,
There's nothing left but mangled tin and wood.”

Cardwell, Tully and Ingham were the towns hardest hit,
Homes and trees flattened, all the street lights unlit,
Boats tossed up on shore, their destinies changed,
Animals running around; they seemed deranged.
At last Yasi left, to cavort further inland,

Meanwhile, way to the West around the city of Perth,
Yasi's winds caused havoc as fires scorched the earth,
Homes fell to the voracious breath of the fire,
And the situation became one of consequence dire.

Enter the army of helpers post fire and storm,
Council and power workers, Red Cross volunteers in smart uniform,
Clearing the carnage, repairing the power,
Offering hope to the frightened and perhaps a hot shower.

Disasters bring out the worst and they bring out the best,
Some take advantage of chaos but most help the rest.
We have seen how communities regain their control,
After flood, fire and cyclone have taken their toll.

Few people were killed, many lost their home,
And until they are rebuilt, they will probably roam,
But we as a nation of battlers can be justly proud,
Of linings of Silver behind every Cloud.