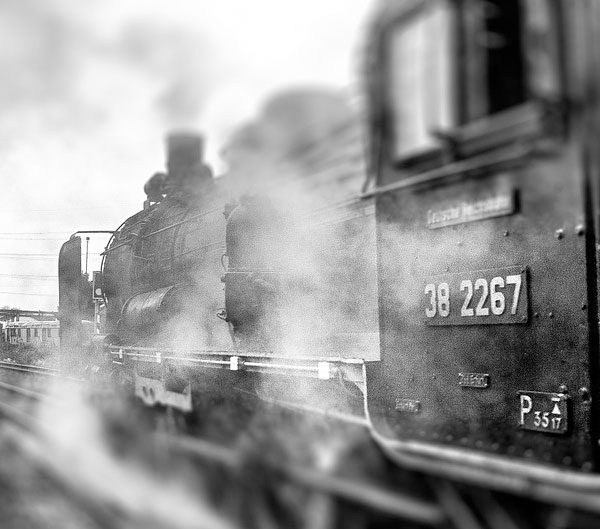 I was born in 1901 in Belfast, Northern Ireland, and I emigrated to Australia in 1911 with my mother, brother and sister. My father had preceded us some time before, and we settled in Melbourne.

I was educated first at Hawksburn State School, then Elsternwick State School and from there I went to Melbourne High. When I had finished at Melbourne High, I was appointed as a Junior Teacher. In those days, you did three years as a Junior Teacher, going through the Junior Teaching classes of 3, 2 and 1. You gained your knowledge of teaching and practical work, mostly lectures from your Headmaster, on the ethics and principles of teaching. This was at a time when teachers' colleges had hardly begun, and they were thinking that it would be a good idea if students could attend a teaching college. In the meantime, we were all Junior Teachers, and that was the way we graduated - we went through the process of our Junior Teachership.

It depended on the Headmaster, the type of teacher who worked over you in the classes, and what classes you had. I happened to be very lucky as I struck some very fine teachers and I kept my eyes and ears open, and I gained a lot of good principles of teaching.

My first school was Sandringham - a little school away from the ti-tree, and I had about minutes walk from Sandringham Station. My first introduction was to the sixth grade, as the grade teacher was away ill. The Headmaster told me that I'd have to take this class, and I'd never been in front of children before. I had to manage that - teaching and discipline - all very foreign, and all very frightening, but I did the best I could.

We had four Junior Teachers there and the Headmaster was fairly strict. The assistants were very good, and very knowledgeable, and I stayed there quite some time, on a very low wage, 15/6d a week.

That was the year that the Teachers' Union started and we were given a rise, which was very good. Unionism in those days was very good, and they seemed to achieve badly needed reforms.

From there I was transferred to Brighton, and that was a very good State School, and I was very lucky to strike some very good teachers there.

After I became Class 2, I moved to Auburn where I became a Class 1 Junior Teacher. I spent a lot of my time there in the office helping Mr Short, the headmaster, because I was finished and I was ready to go to the country. In those days that was part and parcel of your training - to go and take a rural school, unless there was some reason that you couldn't go to the country, through sickness at home or something like that. You had to do your rural training at Kew, where I went for a fortnight to do intensive training, to learn how to run your little rural school and then of course you applied for a rural school posting.

I went down the list of vacancies and Natya School was the last on the list for me, because it was so far from Melbourne - it was right away in the unknown bush! I never expected to get that one - I had chosen many others, near Bendigo, Ballarat or Melbourne - much nearer home.

I happened to go and do some last-minute shopping before I took the train to my school and I met a little teacher who said to me, "Oh you're going to the bush to go teaching". And I said, "Yes." Then she said, "Where are you going?" I replied, "A place I've never heard of before, called Natya." She said, "I know that place because my brother is a soldier settler near there, at Kooloonong, and I'd advise you to go now and buy good strong walking shoes because the roads there are terrible." So I bought some very strong tan shoes, so I could walk well to school.

The Education Department had given me the last on my list - Natya School, 250 miles from Melbourne, up in the Mallee, and that was where I ended up.

It was a 15 hour train trip in February 1923, and 106 degree heat. It was a very trying journey through Bendigo, Kerang and Swan Hill. I remember carefully selecting the dress I'd wear, a pretty little hat because I wanted to look nice. I had left Spencer Street Station early in the morning and had refreshments at Bendigo, which was very good. By the time we'd reached Bendigo we could tell that it was going to be a very hot day. Then we went on through Mitiamo, which was a big station in those days, had more refreshments, then on to Kerang for another stop for drinks and eats.

There were a lot of people on the train and it was about half past 5 when we arrived at Swan Hill. The gentleman who shared the compartment with me took me up to the Paragon Cafe in Swan Hill, where I had tea - we had plenty of time as the train would be about an hour before going on to Natya, as there was a lot of shunting and unloading to do. Then we went on into the night, up past Nyah and Piangil, into the Mallee.

Farmers were just selling the Mallee then - mostly returned soldiers who had to roll the Mallee scrub on their blocks, burn and clear the property before sowing their wheat. It was trial and error in those days, but they happened to have good years and they thought that the good times would continue. Everybody was elated and things were very prosperous.

I didn't arrive at my destination until about 11 o'clock that night and I was met by someone from the local shop, which was a sort of combined restaurant, boarding house - a very old, dilapidated place. And they said, "Are you the new school teacher?" And I said, "Yes." Then they told me that the previous teacher was still that and that he hadn't gone yet. He was a returned soldier, and for some reason or other, he had missed the train and he wasn't going until the next morning. I was to take over from him.

I went to this place to board, where I shared a room with two other girls. The room was very old, lined with paper and hessian. I think the building had been brought there in parts from Waitchie. They had a the Post Office in one room, and at one end they had contrived some sort of a grocery store and a butcher's shop, which was enclosed with fly wire. And that served the little community pretty well, although they used to run out of supplies quite frequently, especially meat because of course they couldn't "kill" in the hot weather.

I boarded there and the food was quite good, but the difficulty was to have a bath. I didn't realise it at the time, but there was always a shortage of water. I didn't realise that, and I was used to a bath, so I asked if I could have a bath. I didn't realise that the girls had to heat up the water in a copper, and cart the hot water down to a tin bath which was in a little kind of log cabin down in the back yard. There were big spaces between the logs. I took the lantern and proceeded to have a bath. I got out after I'd had my bath, put the towel around me and pulled the plug out and was standing up to my ankles in water - there was no plumbing of course. Then I suddenly realised how much it was to ask these girls to prepare a bath for me - it was just too much trouble, so I didn't bother after that - I just had to use the jug and the dish and wash myself in the bedroom, like they did, and hoped to goodness that I could get down to the river now and again for a good swim and wash. Sometimes I went to the dam for a swim and a cool off.

As I said, this was a very, very old building, and this night when I went to bed I was lying on my back and something was biting me horribly and I thought that the mosquitoes are very queer to be able to bit my back when I'm lying on it. I got up and lit the candle, and I found these peculiar-looking things all over me. I woke the girls up and I said, "What are these things that are biting me and they've got a terrible smell with them?" And they said, Oh, they're just bed bugs." Well, I'd never seen anything like it before, nor smelled anything like it and had had no idea how to contend with them. So down near the school there was another little store and I went in there and bought "insectibane" and I sprinkled that all over the bed, in and out and round everywhere. The bugs came out from the walls at night when the lights were out, I found out later, but evidently it was quite a general thing in those days. The travellers used to say that everywhere they went they were troubled by bed bugs, so it was quite a common thing, but I'd never struck them before.

The school was half a mile down a lime stone road, and I was very fortunate because a lot of teachers that I knew had more difficulty getting to school than I did. And as I walked along, I left that station house on the left (they were very nice people), and near the school was this other little tiny store. It was just a little pretend store - they didn't have much inside and a family lived there.

The school had an enrolment of 28 children, and because the previous teacher was suffering the aftermath of war service, things were in a bit of a muddle when I took over. The school had just been newly built; a small one-roomed weatherboard building, with a porch.