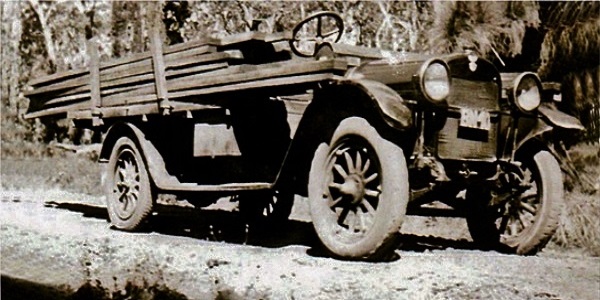 “… written by Arti, not from notes but from the vivid memories impressed in my mind by the struggle, heartbreaks and hardships suffered by the men and women from the United Kingdom, who left their closely settled homeland to pioneer a new venture deep in the bushland of a strange land, and eventually by hard work and determination, brought success to themselves and to the land of their adoption.

I am sure you will find the following of great interest, both from a human and historical aspect.
Sir James Mitchell, the then Premier of Western Australia, spoke to the British Government of his thoughts of how to populate a portion of this great state of Western Australia with British people, and how to employ them all by opening up the land in groups of approximately twenty families each, to have approximately160 acres with cattle, pigs, poultry. Milk would be produced, butter and cheese factories established, new townships built, railways and roads established. It was a far-sighted, venturesome scheme which needed men and women with pioneering stamina to establish. The British Government were so impressed with the scheme, they offered a £6m loan to get the scheme moving.

A Group Settlement Board of Control was appointed. Land in various parts of the South West and Great Southern–believed to be suitable to dairying–was selected and divided into Group areas, generally speaking in approximately twenty blocks, each of about 160 acres, each Group numbered from one upwards. Location names were not used a great deal in the beginning. Group foremen were engaged as needed. They, with the District Supervisor, arranged for a small clearing to be established which would eventually be the administrative and village centre of the particular Group.

In the meantime, great publicity was given in England to the scheme, with much glamour. Young men with their wives, single men with their girl-friends, were all overwhelmed by the offer of this great opportunity, offered to them to go to an organised settlement scheme in Australia with assisted passage. Young men and women were accepted, hurried marriages were arranged, and these new couples boarded ships bound for Western Australia to make a new home and their fortunes.

Arriving at Fremantle they were temporarily housed at the Immigration [Depot] there. Within 48 hours, the men were entrained for the first part of their journey to their Group … their job to prepare the home for the reception of the womenfolk some ten to fourteen days later.

Leaving Fremantle at 7am, they arrived in Busselton (the then railhead) at 4pm–if the train was on time. The train was not entirely for passenger traffic, and there were many freight wagons attached, resulting in much shunting at various sidings en-route to Busselton. Busselton in those days had dusty limestone streets and cattle in the streets. Motor vehicles were few and far between; horses and buggy, sulky or spring cart or dray were the mode of transport of the day. Imagine the thoughts of the young men, settlers to be, who had some six weeks earlier left their homes in such places as the densely populated London, Birmingham, Manchester, Bristol, Glasgow, Belfast, Dublin and the like. And, of course, their wife was now 150 miles away.

Arrival of the women folk:
They, like the men, travelled in the same train, the same dusty long journey. Some were young mothers with very young children, some were shortly to be mothers, and some were very new fair skinned brides. Their reception and billeting in Busselton was much as the men’s had been, except they were given a full twenty four hours in Busselton to enable them to supervise a standard shopping list supplied by the Group Settlement Department. A double-springed stretcher and a flock mattress, two pillows, sheets and more blankets, cooking utensils, stores and a few things which could help make their future hard life a little more bearable.

The trucks were loaded with their belongings–both personal and Group sponsored. At the most there were two women per truck, so that they could both have a front seat. If they had a baby or a young child, that added to the crush. At 10am the trip down south started; the same seven miles per hour, ‘Rock’n’Roll’, grind and shudder, their entry about five miles out to the same forest and deeper and deeper into it. These young women [and] mothers, mothers to be–who were to be the pioneer women of Group Settlement–suffered much more agony on the long trip, as there were personal things to attend to en-route, to which they had never been trained and never had had cause to be. Yes, there were moans, groans and complaints, but above it all was the fervent desire to be united with the only person they really knew in this strange land of so many miles of forest.

Now something of the truck drivers:
In those early days it was mostly contract work, paid by the ton per mile and no matter what time a driver got back (it may be anywhere from 11pm to 2am his contract demanded that he report at 7am each day to the Busselton Railway, except on Sundays, for loading. The prior destination was unknown. Trucks were loaded and a delivery note given and only then did one know his destination. But all were dedicated to the service of Group Settlement and, like the mail, it was imperative that one got through! If a driver or vehicle was in distress, no driver ever failed to deliver his load, and then go back to the distressed vehicle or driver and pick up his load and take it to its destination. Payment was never discussed. It was the law of the road; the Group Settler relies on us, we must get through. There were funny moments when we now think of them. Many drivers carried musical instruments to fill in the idle moments and I have seen a line of bogged vehicles with the drivers standing on the side of the road each playing his banjolin or plucking away at an imaginary one such as a shovel! We were all young men, and on our way back from delivering our loads may have come to a bush hall with a dance in progress; kerosene lamp-lights and accordion music. No girl ever refused to dance with us. One or two dances and on our way we moved.

Now today I am old and I see a few of the original settlers and they say, ‘Do you remember the day you picked my wife up to have our first infant?’ Etcetera …
Yes I remember those days! One expectant mother has said, ‘Please try and go faster,’ and another with me has said, ‘Go slower, it is too bumpy.’
But with all such cases I carried, I was never called on to be a midwife.