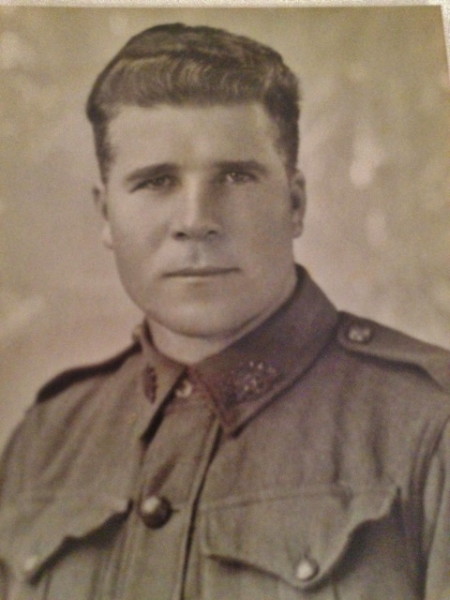 My father’s name was Miguel Torrent. He was born in Spain, in the province of Catalonia at a town called San Feliu De Guixols, in 1878. My mother’s name was Aurora Toro, and she was born in the province of Catalonia in Spain, at San Feliu De Guixols in 1879.
My father worked for his father as a vigneron. He learnt the trade of wine making and cultivating vines from his father. His father owned a vineyard, winery and road house, and I believe that one of the reasons why they decided to come to Australia, was because they looked into the future and the roadhouse was a sort of a half-way house between two towns. They must have had an inkling about traffic moving faster, and they realised that when this happened, the road house wouldn’t get much custom. So they decided to move to Australia.

Now my father couldn’t talk a word of English, and it amazes me how he soon learnt to talk the language. He learnt to talk it, he learnt to read it, and he learnt to write it. I think that was a pretty big achievement for a fellow that had never spoke English in his life.

Well, Mr Bill Reilly happened to be in charge of Land Settlement in the Busselton area, and my father decided that he would like to purchase a block of land, so he bought this one hundred and sixty acres that we now live on, on the recommendation of Mr Bill Reilly. Now, his ambition was to clear some land and build a house so that he could bring out from Spain, my mother and brother Andrew, who he had left behind in Spain, awaiting the time when he would be in a position to bring them out to this new country.
He worked for Mr Bill Reilly and also started to clear the land on his block at Yoongarillup. I believe that he first put up a tent, cleared a few acres of land, and took on the job of sleeper cutting. Now, after about two years of working for Mr Bill Reilly, as a sleeper cutter and also catching possums, he then decided to bring out my mother, brother Andrew, who was four years old at that time, and my grand-father and an uncle.

Incidentally, when my father left Spain, he was a clean shaven man and when my mother met him on the ship at Fremantle, she looked for a clean shaven man. Instead, she saw a man with a big, red beard walking up the jetty towards them, and she couldn’t understand. She thought there was something familiar about him, but she didn’t realise it was him until he got quite close. He grew this big, red beard, and through the years, well, we knew him with a big beard, and of course, in the years to come, the beard turned white.

Of course, after the hall was built, I think it was 1922, they’d hold a dance. Now, the dances were held in the hall every week. Never missed a week, every Saturday night there was a dance at the hall and everyone went. They mostly walked or went by horse and cart, and maybe someone would have a truck and they would bring out a truckload from Busselton. The floor was really slippery and done up to be really good.
The band, those days, they usually played free. Somebody would have a concertina, an accordion and then they bought the piano and the music was mostly played by a Mr Bennett, who later became my father-in-law. Two of his daughters, my wife Maude, and Rhoda, they would play a lot of the dances. Then they gradually got a band together. There was the drums, the oboe, and the piano. Maybe they started charging then, I think it was about ten shillings a night, or something like that. I think it was about eleven pennies to go into the hall, or something to do with taxation.
But everyone had a tremendous time those days. They danced together. There were quite a few fights, I might say. Alcohol – well my father made wine and my uncle and grandfather made wine, and people bought this wine and had it hidden outside somewhere, and always had a swing at this wine. Never seemed to hurt them much though.
The children were all part of it. They all attended the dances and they could all really dance you know. As a matter of fact, if there were too many kids, they always had special dances for children. We always had supper. People around the district, they all brought a plate of supper, and everyone had a supper. I think we generally knocked off about twelve or half past twelve.

I suppose peoples’ attitudes have changed all right, because everything goes faster these days. Those days, if you drove along the road and you met somebody, the fellow next door, we had a good old talk, and if you met someone at the gate he wouldn’t just tear past. He’d just stop and have a bit of a yarn, “How are you going? What’s going on?”
People seemed to have more time. Now, if you’re standing at the gate or on the road, and you don’t jump out of the way, they’ll probably run over the top of you. People, they’ve changed all right, because no-one seems to have the time they used to have. It’s just one big rush, and whether it gets people anywhere or not, I’m a bit doubtful. Yes, it could have changed for the worse in those respects.

The stories you read from this 'author' are selected excerpts from our collection of verbatim interviews, many of which you can listen to on SoundCloud at https://soundcloud.com/user-211102606-633834252