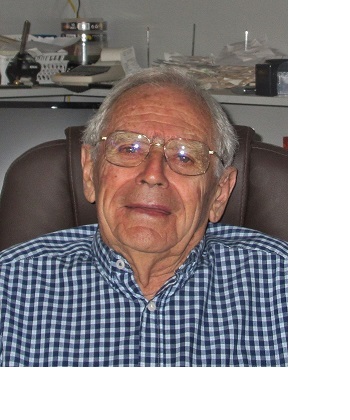 My first job; when I was high enough to look over the dining room table was to sweep the crumbs after every meal. I didn’t enjoy it much; a copper handled brush and a little tray. Yes, and then later on during the summer time, when the main dairy was out, as soon as I could milk the cows it was always my turn to go and milk the house cows. So that was my job. The others had progressed long past that sort of thing in those days.

I suppose I did think that I would have liked to have done something else but never sort of having the opportunity; probably because of the fact that I was born at the start of the depression and then followed on after my school years with the war and so on. We were so heavily involved with things that we didn’t have time to think about much else.
As kids in the depression it didn’t affect us much but I can understand the problems that my parents had. It must have been terribly difficult. There was always two or three tramps that’d come along and beg for a job and be given one. One was chopping wood which was pretty good of course. They used to come and go but what their wages would have been I don’t know. But they were always very well fed and looked after so that was something at that time.

Now during the war, I was involved with VDC, the Volunteer Defence Corps in Nannup. There were a few amusing episodes with that.
One in particular was going down to Pemberton to fight a ‘war’ with VDC in Pemberton. Rob had an old Chev truck, yes we’re all set, all loaded up with all our gear and our uniforms on and all the rest of it. We got down to just Pemberton side of Scott’s at the Donnelly River and it blew a head gasket. And there we all were like a lot of chooks running round flapping our hands and not able to do anything. We tried and tried and tried till it got late in the afternoon. Rob said, ‘Well, there’s only one thing to do – get plenty of water and we’ll head home.’ So we got back to Nannup before dark and what really got up our nose: Pemberton claimed victory, without firing a shot!
Yes, we went to Margaret River too. Oh we had a big ‘war’ there; guns firing everywhere round the place. All blanks of course. One of the smart boys in Pemberton had worked out this little bomb that he’d set around the place everywhere. Quite harmless but made a hell of a noise. We were patrolling the railway line allegedly, and these bombs used to go off up ahead of us and just behind us and Lord, I can remember old Mervyn Longbottom; he was our Troop Leader saying, “Too many more of them things going off round here and I’m going to have to go and change me pants.”

From the war point of view, we were not affected greatly because my two elder brothers were ‘manpowered’ because of the contracts that we had and so on. I was too young; at the start of it I was at boarding school. When I turned eighteen I’d just been accepted into the RAAF (Royal Australian Air Force) and then funny, two weeks before I was due to leave I had a most unfortunate accident. I was helping my father put up a fence and that accident had me on crutches for three months. So that was the end of that. By the time the leg was okay again, the Empire Air Training Scheme as it was, was finished. When I was called, I would have been in the last group to be sent over to Canada for training. It just didn’t happen unfortunately.
Except for my military exercises of a very local nature

My family’s always been very involved especially in Shires. At one stage I think all three of the brothers were involved with the Shire. Two were Shire Presidents, Frank was President of the Capel Shire for I can’t tell you for how many years. Rob had a short stint as President in Nannup but he was a member also and I had an involvement here in Busselton of course at the same time. So there were two Presidents and a Vice President in three adjoining Shires.
I enjoyed my time in the Shire; Two terms and a half, what’s that three, six, eight years I think there was.

I was in the Farmers Union at Nannup, the P&C and various things attached to that. As a matter of fact I was in the P&C and on the original delegation that went to the Minister to get the High School established out there; which we succeeded in doing, which was great.

And Fire Brigade from the time I left school.
On many occasions, we had fires that got away but there was absolutely nothing you could do about it. There were no means of fighting it and you couldn’t get near enough to the country anyway. They would burn themselves out. That was why we would try and keep at the Forest (Department) ‘Please burn a perimeter around these areas so we can let them go.’ Because when they got too thick they were just a danger to everyone. But they were very difficult to convince that that was necessary.
We didn’t lose any cattle through fires though, none to speak of. The worst fires were on the property, at Nannup not so much with cattle, they seemed to be able to dodge it. The sheep were the problem there at Duninalup on that hill country. We used to lose a few of them at different times.

I was involved in Pastoralists and Graziers after we moved down to Busselton. That was partly the reason why I had to resign from the Shire because I got involved there and got involved in their operations up in the Kimberly and so on. It took me away quite a bit. Yes, I had an eight year involvement there too.
Yes, I enjoyed that very much. The part that I got tired of though, was the constant trips over East and so on because I was their rep on the National Farmers’ Federation and various other sub-committees; the National Meat Council, and the Sheep Meats Council and so on. It all took a lot of time and a lot of travelling. Very interesting because it was during that time there was so much change involved in our national and international marketing. Things constantly coming up, where we had political involvement and that sort of thing, to establish new markets and so on. Yes, it was very interesting. But it must have been very hard on the family. I say ‘hard’, but maybe they were glad to get rid of me.

I’ve seen a lot of changes around the place in farming and everything, in my life time.
I think probably our generation saw the biggest upheaval in farming enterprises that the country’s ever been through. Because it was at the end of the Depression when things were sort of starting to pick up and there still wasn’t a lot of money around the country. I started off virtually in the ‘horse and buggy’ era, which I can remember very, very well because that was how we used to provide for ourselves on all the coast trips and droving trips that we did. By the time I’d grown up as it were, and sort of settled into the lifestyle that we lived then where we were away on horseback for weeks on end, I got to thinking. ‘There’s got to be a better way than this. We’re wasting far too much time on the road. It’s not productive from a farming point of view.’ Because when you’re not on the place and developing more land to be able to increase your carrying capacity and so on, you’re slipping backwards all the time.

Eventually we brought about the change and shifted from droving stock here, there and everywhere to motorised transport. Admittedly the little old trucks in those days, because it was just at the end of the war and the lend/lease trucks that we all brought because they were cheap, only carried about five or six head of grown cattle. But, never the less, you made seven or eight trips in one day instead of droving them; that same number of cattle it took you a week to get from one place to another.
From there on everything changed. During spring and summer we used to shift all the fat cattle down to Capel onto the summer land down there. Then every week we would drive cattle from the farm into the railway line in Capel, load then onto the cattle trucks, and truck them off to Midland that way. They’d be standing in those trucks in stinking hot conditions, very often for up to sixteen or eighteen hours which didn’t do them any good. Of course everyone was in the same boat. Eventually we’d get around to putting them on the truck at two o’clock in the morning and having them in Midland by eight o’clock that same day. They arrived in so much better condition that it soon worked out paying for itself. Things just changed not only with the handling and marketing of livestock but you tended to go for better breeding habits too. So that you were breeding better, earlier maturing cattle instead of carrying them through to three year olds and turning them off as big bullocks.
After about five years it got to the stage where we were turning them off at ten or twelve months. Then the baby beef came in and more or less swamped the market for our local trade. There was still a market for the beef export cattle but that tapered off fairly rapidly down south. The pastoral areas of course, during the good seasons they used to market a lot of export beef but that didn’t have much effect on the south west. Those were the changes that came about not only with cattle but with sheep as well. Lambs got marketed younger because you’d get them into the markets so much quicker. Of course the truck sizes increased. The road trains that are on the roads today are just incredible. The trucks that we called trucks in those days you’d call utilities today.